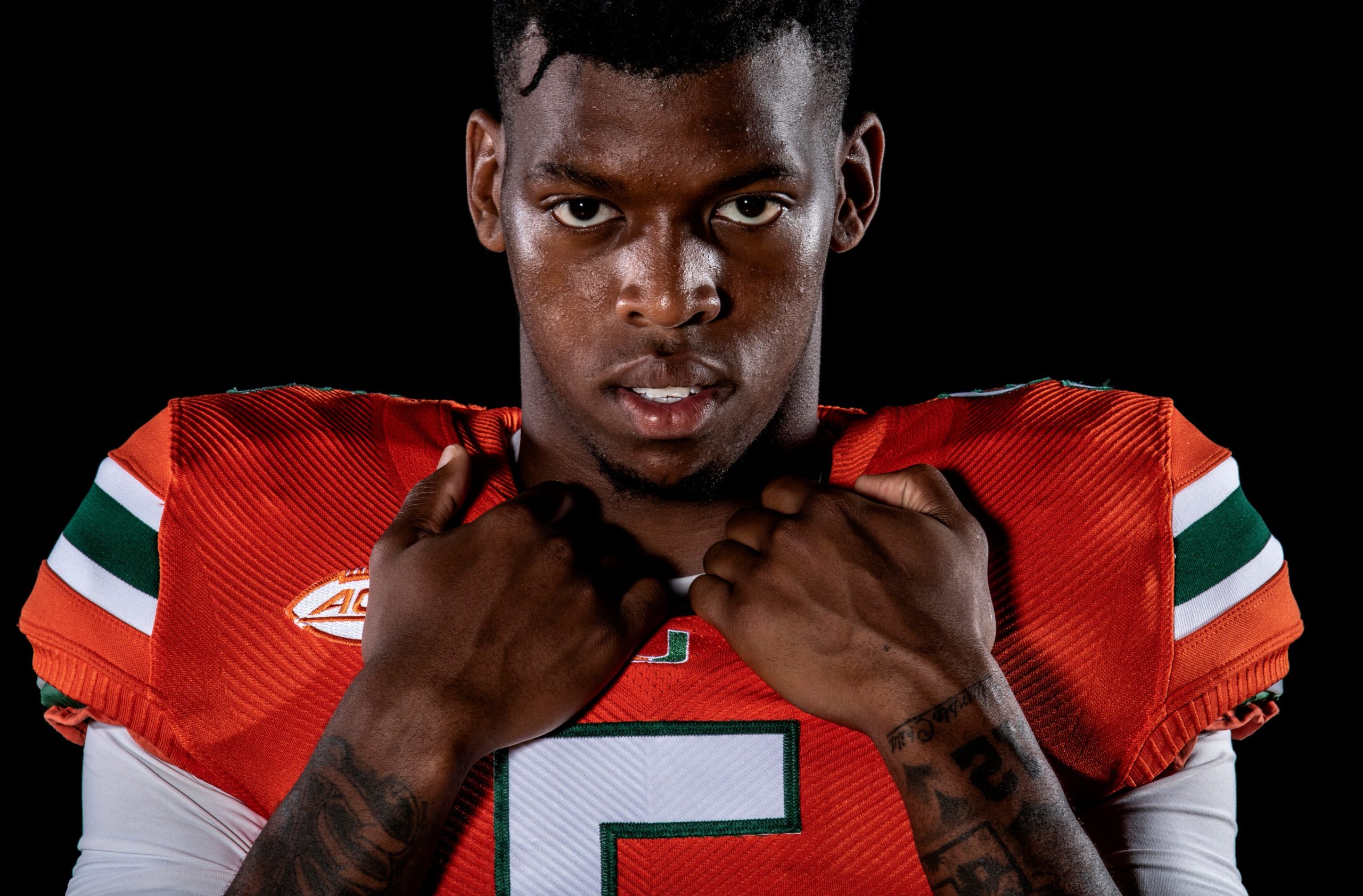 Florida Atlantic head coach Willie Taggart will have one more quarterback name to choose from for the 2021 college football season.

On Wednesday, former Miami quarterback N’Kosi Perry announced that he would be transferring to FAU. Perry will enter FAU as a redshirt junior after the NCAA announced a free year for eligibility from all players last season.

No one can get in the way of what God has in store for me! 🙏#TunnelVision pic.twitter.com/i0fXC6uNZt

Perry joined the Hurricanes in 2017 as a four-star quarterback from Vanguard High School (Ocala, Fla.).

After redshirting as a true freshman in 2017, Perry started six games in 2018. Perry won four of his games as a starter, throwing for a team-high 1,091 passing yards and 13 touchdowns. In Miami’s comeback victory over Florida State that year, Perry threw for 204 yards and four scores.

Perry, however, only played in 13 games over the next two seasons, starting in just three games. In 2020, Perry served as the backup quarterback for Houston transfer D’Eriq King, making an appearance in five games, mostly when the game was out of reach.

After King tore his ACL in the Cheez-It Bowl against Oklahoma State, Perry stepped in to play from the second quarter on. Perry completed 19 of his 34 passing attempts for 228 yards and two touchdowns. Although Perry had a chance to lead a game-winning drive, his efforts came up short in relief.

Although Perry originally entered the transfer portal, he removed his name from the portal with the intention of completing his classes at Miami, according to Canesport.com. Perry did not participate in spring practices.

Perry will enter fall camp as one of potentially five quarterbacks fighting for the Owls’ starting job for the team’s season opener against Florida.

Perry, however, has the most career starts (13) among the quarterbacks on the roster. Nick Tronti and Javion Posey are the only other two quarterbacks with a start in their college careers.

While Tronti and Michael Johnson Jr. impressed in the spring game, it was clear additional reinforcements were needed.

While Perry isn’t guaranteed the starting job, there’s a very good chance that he is near the top of the list regarding potential options.