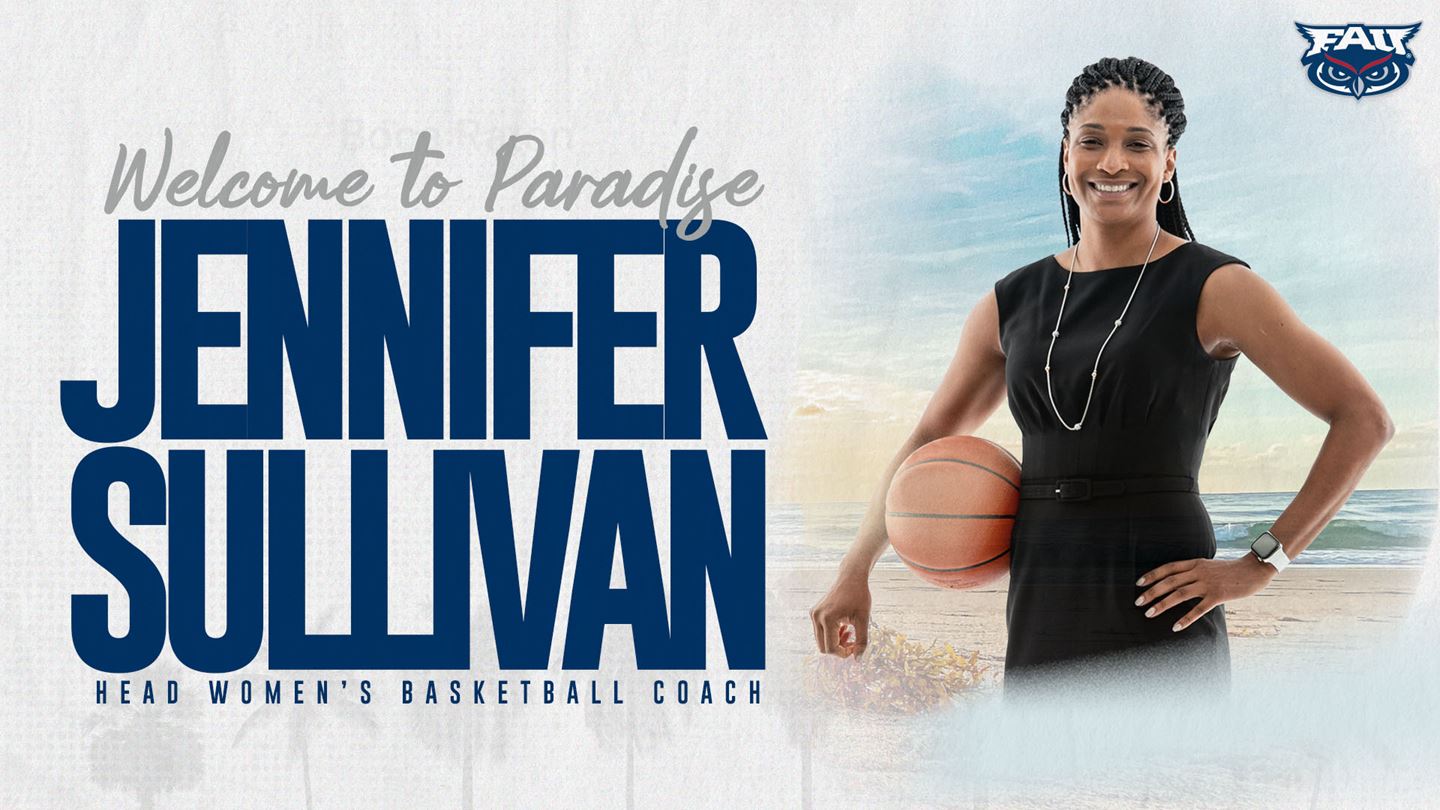 Jennifer Sullivan is no stranger to coaching.

After all, she’s served as an assistant for 16 seasons. Now, however, she has an opportunity she hasn’t gotten to this point: being the head coach.

Florida Atlantic University announced Sullivan as its next women’s basketball coach on Thursday. Sullivan replaces Jim Jabir, who left to take the job at Siena.

“Jennifer immediately stood out as we began our search and interview process,” FAU Athletic Director Brian White said in a statement. “I’m tremendously excited to welcome her to FAU. She brings a great deal of coaching experience and is clearly prepared for the opportunity to lead this program. She’s a proven winner and recruiter.”

According to White, the student-athletes played a role in the decision to hire Sullivan after a nationwide search.

“We met with the leadership group of our four student-athletes, and we wanted to get feedback on who they wanted as their coach,” White said. “We had our own profile, but feedback from them was our most important factor. At the end of the day, we felt most comfortable with Jennifer. She was our No. 1 choice.”

Sullivan joins the Owls after a stint as an assistant coach at Tennessee, where she served under head coach Kellie Harper. In 2021, the Lady Vols made the NCAA Tournament, advancing to the second round. The Lady Vols finished ranked No. 13 in the country.

“Understanding what it takes every single day. When you practice in a place that has eight national championship banners in it, you just kind of carry yourself different,” Sullivan said about her stop at Tennessee.

Before Tennessee, Sullivan had stops at Ohio State, Missouri State and LSU, among other programs. Sullivan spent her playing career at Memphis.

Now, Sullivan will get to use that experience to her advantage.

“I’ve been a part of every meeting situation, whether that be on the core recruiting budgets, all those things I’ve been a part of over the course of my career and it gets to a point where you just got to go do it,” she said. “I have a really good idea of my philosophy, what’s important to me, how I like my program to look.”

For Sullivan, the focus will be on building a staff that can win in recruiting.

“I’m pretty excited about the opportunity to bring in someone that can help recruit not only within the state but nationally, some staff with obviously strong coaching backgrounds,” said Sullivan.

Part of Sullivan’s focus will surely be on getting FAU back to a place that it hasn’t been in a while – the NCAA Tournament. The Owls last made the tournament in 2006, where they suffered a loss to LSU in the first round.

“I’m excited because I feel like I literally got in here at the right time,” Sullivan said. “I want to be that coach [to take them to the NCAA Tournament] because if not me, it’s going to be someone but I want it to be me. Everything is in place for it to take off… Everything is primed for this to happen here.”