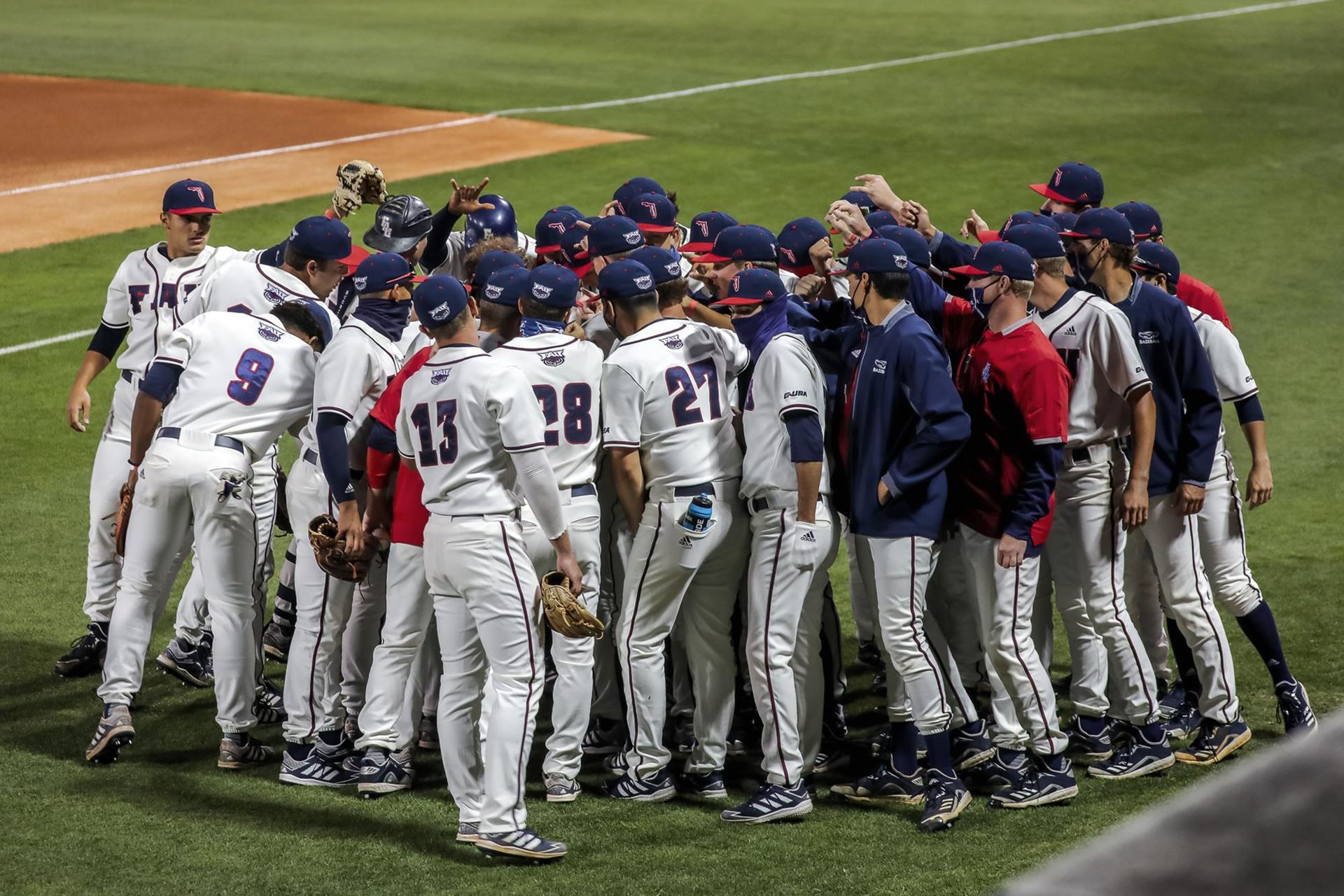 The best way to make up for a shutout loss to open the series? Score a bunch of runs in the next game.

After dropping the series opener to Florida Golf Coast, Florida Atlantic did exactly that, scoring nine runs in the first three innings, en route to a 14-9 victory on Sunday.

The Owls opened up the scoring early in the first inning, getting their first two base runners on. With runners on first and second, freshman Nolan Schanuel knocked home Wilfredo Alvarez on a single. Following a B.J. Murray RBI on a walk, FGCU starter Mason Miller was quickly replaced.

Getting the start for the Owls was Javi Rivera, and while six runs would normally be enough, the sophomore pitcher got even more run support in the next inning.

After a throwing error put Schanuel on base, Murray quickly brought Schanuel home. On an 0-1 count, Murray sent the Ronaldo Gallo pitch to deep right field, clearing the bullpen placed right behind the fence.

Rivera’s day, however, would end after the second inning. Rivera was replaced by Matt Sharpling. In just two innings, Rivera allowed just one hit – a pop-up that fell on the infield following miscommunication. Rivera also added two strikeouts on his 34 pitches.

Much like Rivera, Sharpling saw similar run support. In the bottom of the third, FAU added another run, making it 9-0 after just three innings. The run was created by a Schanuel sacrifice fly, giving him his second RBI of the game.

Low continued the scoring in the bottom of the fifth, when he hit a grand slam to left field, making it 13-0.

After four innings of one-run baseball, Matt Sparling ran into trouble in the seventh. After two walks, Brian Ellis hit a 2-run double. Following another walk, Joe Kinker made it a 13-6 game with a two-run home run to deep center field. Those five runs would quickly end Sparling’s day after 4.2 innings pitched.

Although the first four innings were positive, his final frame put a dent in a rather promising line. Sparling finished the day allowing six runs on four hits and five walks. Sparling also struck out two batters on 85 total pitches.

Brock Helverson replaced Sparling but much of the same struggles continued. In the top of the eighth inning, Helverson allowed a two-run home run to Cam Krzeminski. Hunter Cooley then replaced Helverson, and allowed a home run to Kyle Machado on his first batter faced.

Cooley would wind up closing the door, allowing no hits in the top of the ninth.