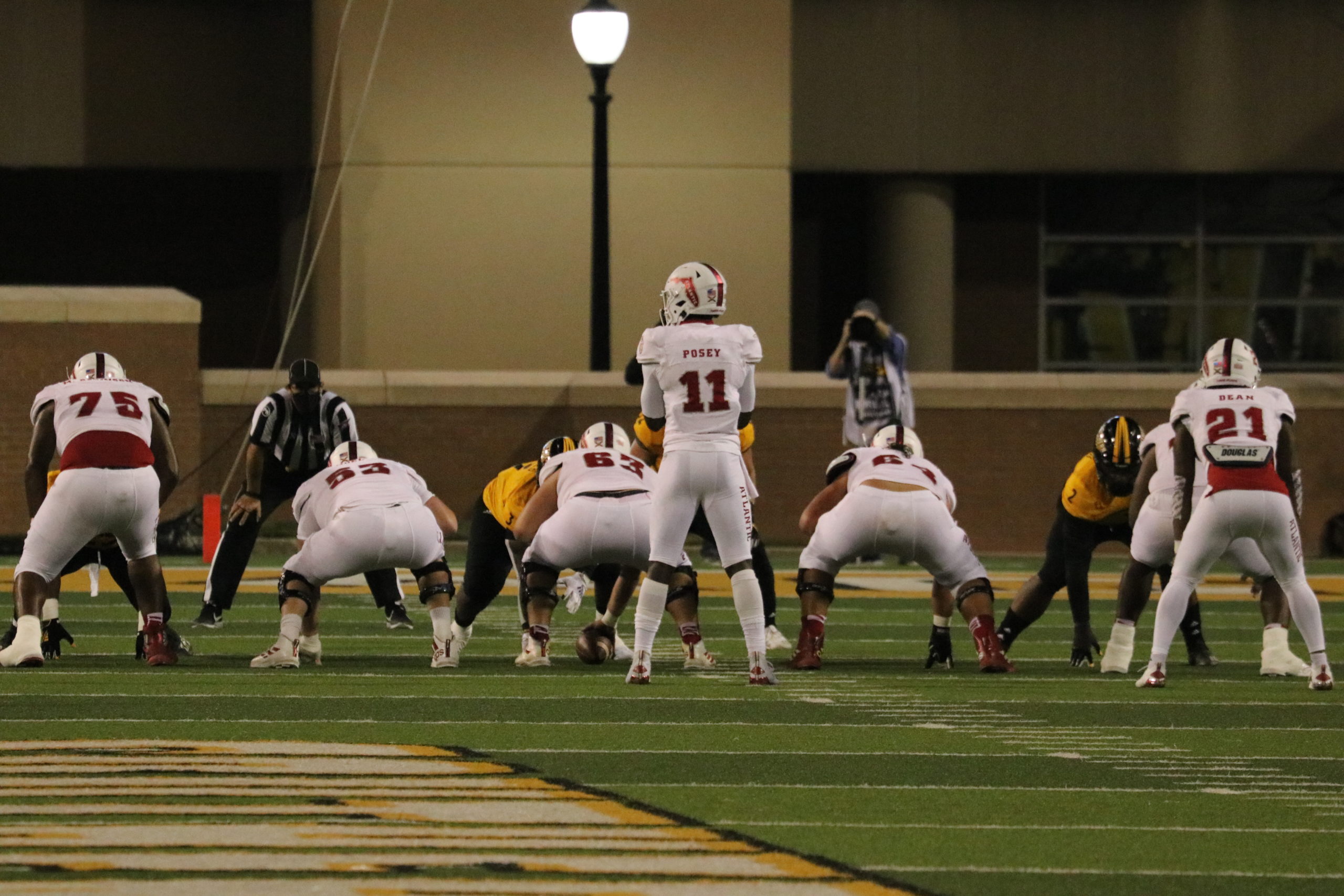 Remember when the expectations were high for Florida Atlantic before the season began?

It seems like an eon ago (it was really only a few months ago), but that same point comes in handy now. After a 45-31 loss to Southern Mississippi in the final game of the regular season, those same expectations have been brought up, and, to an extent, rightfully so.

And it’s also the same Southern Miss program that FAU was 9.5-point favorites against. Get the point? Yeah, FAU probably should have walked out of Hattiesburg with a win, and head coach Willie Taggart agrees.

That doesn’t mean the game is a failure. This Southern Miss team was fighting for something and it might’ve been more than pride. After hiring Will Hall (former Tulane offensive coordinator) as its next head coach, Southern Miss coaches and players are playing for their spots. The game is certainly disappointing but it isn’t an indefensible loss.

FAU, even with the final two losses, had a strong regular season. While the Owls may not have exceeded the lofty expectations, Taggart has clearly built something worth looking forward to. His coaching staff is well-respected and clearly pretty good at their jobs.

That’s especially true on the defensive side of things. His first recruiting class looks to be solid and his team is seeing solid play from young players on both sides of the ball.

There is no taking back the losses to Georgia Southern and Southern Miss — both losses are frustrating on their own accounts — but those losses shouldn’t downgrade the accomplishments. After suffering through such an astronomically unprecedented offseason, Taggart navigated a tough season and rattled off four wins in a row.

The one loss before the final two weeks was against a ranked Marshall team, while FAU was shorthanded with over 40 scholarship players missing. The Owls have wins against Charlotte (2-2 in Conference USA), bowl-eligible UTSA who has one of the nation’s best running backs, and Western Kentucky. They won their annual rivalry against Florida International 38-19, making it FAU’s fourth straight against the Panthers.

In fact, no head coach has likely had to battle a similar offseason. Coaches soon became experts on a global pandemic, had to navigate civil unrest, and still had to actually coach football.

The football aspect wasn’t easy for Taggart. FAU had to replace its quarterback (Chris Robison), two tight ends (Harrison Bryant and John Raine), two wide receivers (DeAngelo Antoine and Pico Harrison), and two offensive linemen (Junior Diaz and Brandon Walton). On defense, FAU had to find replacements for three cornerbacks, as well as a good amount of its front seven.

This, all while having no spring camp and having a limited fall camp. Yeah, it wasn’t easy on any football coach, especially a new head coach.

FAU could have competed for a conference championship and it could have finished undefeated. But both of those might have been unrealistic in a sense.

This is college football; repeating is hard, especially for a team losing that much production. Even finishing with a winning season is a challenge for teams that lose this much production.

Losing as much talent in college football is practically a death sentence. Experience reigns supreme in most cases and replacing a majority of an offense like FAU did would end most teams’ seasons before they started.

Remember LSU? The defending national champions entered Saturday’s game at Florida with a record of 3-5 and was coming off a 55-17 loss to Alabama. The Tigers opened the season with a 10-point home loss to a Mississippi State team that has won just one game since.

Obviously, the talent in the SEC is far better than it is in Conference USA; no one will debate that. But losing talent is losing talent and FAU lost talent.

Lane Kiffin struggled in his second season in charge of FAU. After an 11-3 start, FAU fell to 5-7 and had a revolving door at quarterback. Kiffin quickly recovered to win the conference championship and Boca Bowl in his final season but it wasn’t easy.

Even in his final season, FAU needed a Marshall loss to Charlotte to make it to the conference championship. And that was with a full offseason and two years under his belt.

Taggart received neither of those liberties in his first year and FAU still turned heads. IT found diamonds in the rough like Evan Anderson and found success from graduate transfers like TJ Chase. The Owls saw Jordan Helm and Jaylen Joyner blossom into their roles, while Chase Lasater battled injuries to return and make an impact for FAU.

Taggart will enter next season with some of those same players returning. He’ll also enter spring and fall camp with a recruiting class that currently ranks 69th in the country, according to the 247Sports Composite rankings.

That’s better than Power 5 programs like Illinois, UCLA and Purdue. He’ll face a question mark at quarterback but Javion Posey will be a year more experienced. So will Nick Tronti.

College football coaches face a never-ending road of high expectations. The profession is a “what have you done for me lately” career and coaches can leave whenever, especially in the Group of 5.

Kiffin left after just three seasons when Ole Miss came calling. Some don’t even last that long, either. Manny Diaz was Temple’s head coach for just a few days before he became Miami’s head coach.

There is still a ways to go for FAU. The Owls will have to take the next step next season. But with the returning production, a full camp and some added motivation, that shouldn’t be much of a problem.