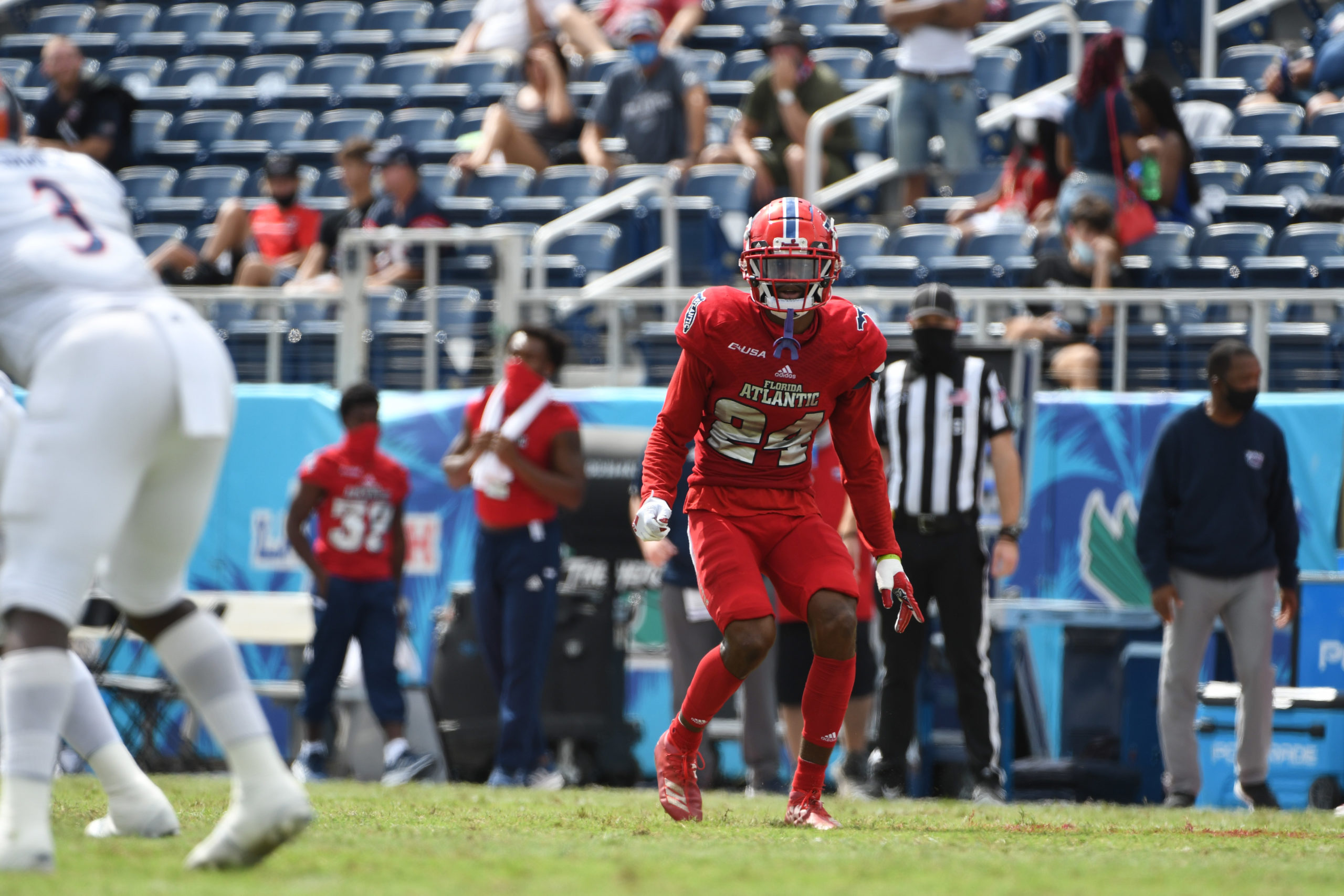 After having its game against South Florida canceled, Florida Atlantic is set to host Massachusetts as the replacement game on Friday night.

The game, which was scheduled just about two weeks ago, will be the first time the two programs meet. Both programs are relatively new to FBS football especially with UMass, who played its first FBS game in 2011 and became bowl-eligible in 2013.

Despite no meetings between the two sides, head coaches Willie Taggart and Walt Bell (UMass) have familiarity with each other. Before becoming the head coach at UMass, Bell served under Taggart at Florida State in 2018. It was Bell’s only season at FSU.

“Walt [Bell] and I texted a few weeks ago when this thing was coming together,” Taggart told reporters. “I know he was fired up. Walt, he wants to play some games and he understands [that] in order to get better, you have to play. He and his program is doing that … they’re going to get their situation right there.”

FAU is currently listed as 32.5-point favorites, according to Bovada Sportsbook. It begins at 8 p.m. ET and airs on CBS Sports Network.

Get Pressure on the Quarterback – UMass’ offensive line has done a solid job keeping UMass quarterbacks upright. Through their first two games, just two of the team’s sacks have been credited to the offensive line. FAU’s defensive line, however, presents a different challenge.

Maximize Explosive Plays – FAU is searching for explosiveness on offense but that hasn’t quite come yet. UMass is allowing 7.2 yards per play to opposing offenses, so FAU should have a good chance this week. Look for wide receivers LaJohntay Wester and Willie Wright to be involved early.

Avoid Silly Turnovers – Quarterback Javion Posey has had two turnovers in his first two games that almost changed the momentum and kept Florida International and Western Kentucky in the games. Despite being heavy favorites against UMass, costly turnovers by the offense can keep the Minutemen in the contest.

WR LaJohntay Wester – An opt-out from Aaron Young allowed Wester to shine against FIU. Wester finished the Shual Bowl with 39 total offensive yards (23 rushing, 16 receiving) and a first-quarter touchdown. Wester’s Pro Football Focus grade of 74.5 ranked fourth on offense. As FAU continues to search for explosive plays on offense, Wester should continue to get playing time.

“I thought the cool thing about [LaJohntay Wester], he is a freshman, but he doesn’t act like a freshman,” co-offensive coordinator Drew Mehringer said. “He doesn’t practice like a freshman and he doesn’t come out there wide-eyed, like oh my gosh. He comes out ready to compete and thinks that he can compete with anybody out there.”

LB Chase Lasater – Chase Lasater isn’t getting much talk among the FAU defensive players but he’s impressed. Lasater currently has 37 total tackles, which leads the team. His three tackles for loss are second among linebackers. Lasater’s play is important for FAU and should continue to be so.

TE Michael Irvin II – Tight ends have been neglected this season for the most part but if there’s ever a week for it to change, it’s this one. In four games, Irvin II has just one reception for five yards. Taggart usually doesn’t use his tight ends (FSU tight end Tre’ McKitty had just 23 receptions last season) but Irvin II can add a much-needed wrinkle to the offense.

7.1 – UMass is allowing 7.1 yards per rushing attempt this season and that plays directly into what FAU wants to do on offense. Keep an eye on FAU’s running backs, who should be in for another strong game.

3 – FAU has forced just three turnovers on the year – two interceptions and one fumble recovery. Although FAU has done a solid job bending and not breaking, some turnovers would help FAU deeply on both sides.

13 – One of the best pass rush tandems in the country, Leighton McCarthy and Jaylen Joyner have combined for 13 total sacks. Expect another strong game on Friday against a struggling UMass offense.