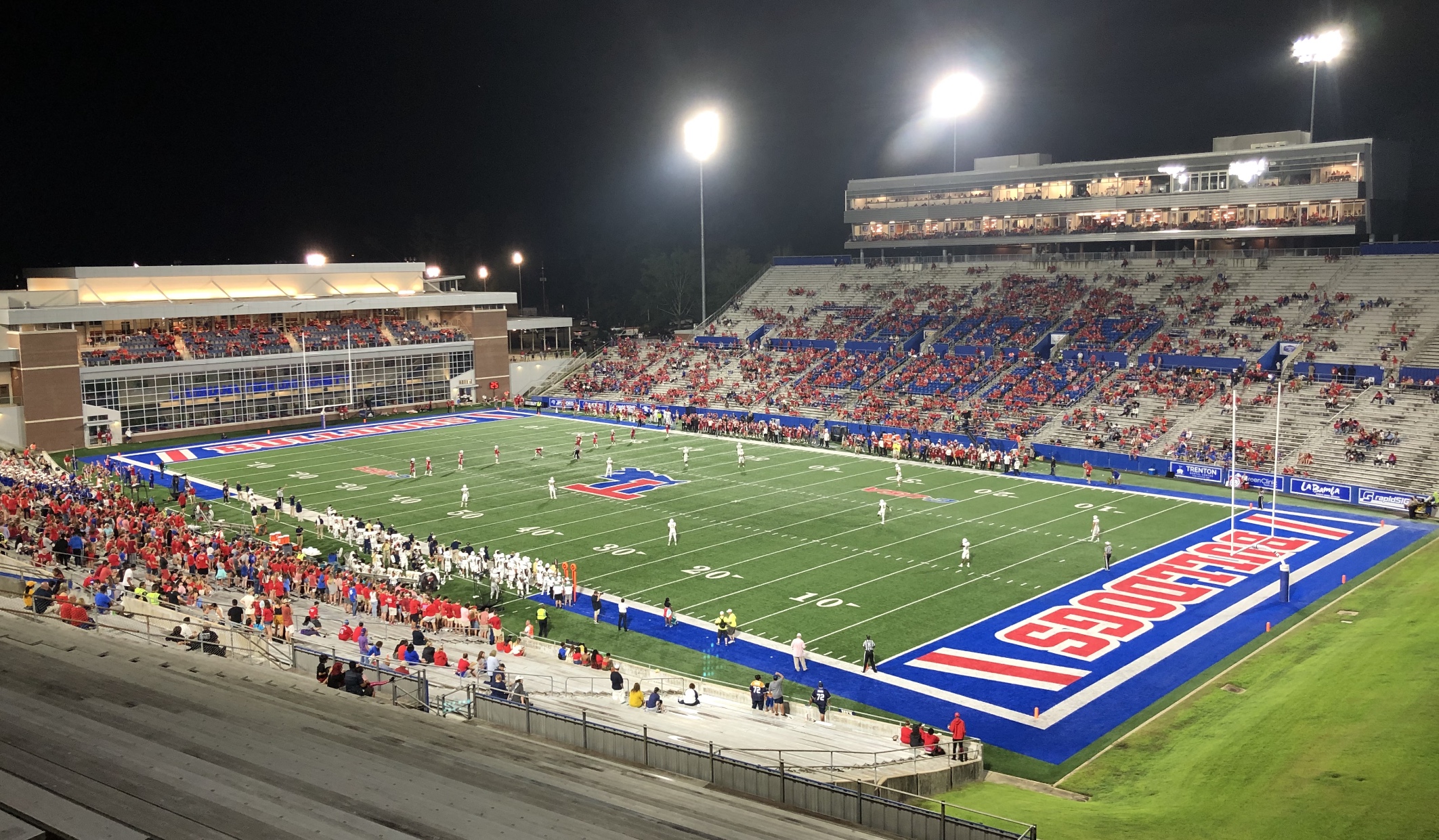 In the first piece examining Conference USA, our traveler talked about his favorite stadium and the best game he’s seen. Now, we’re onto Part II to discuss friendly fans and teachable moments.

Florida International. In general, you will have better interactions with fan bases at Group of 5 schools than the Power 5. The reason, I believe, is there is not the same arrogance and sense of entitlement in the G5 that exists in the P5. For example, Alabama is always great so its fans act accordingly.

Teams like Mississippi State or Arkansas, who usually lose to Bama, always feel inferior and also act accordingly. This dynamic is not as prominent in the G5 and creates, in my opinion, a more fun atmosphere.

The best fan interactions I’ve had in C-USA is with Florida International. I saw the Panthers play in person last year vs. Charlotte and it was easily one of my favorite trips of the season. There was great tailgating — literally 50 feet from Riccardo Silva Stadium — and it was also their homecoming game. Throw in great Miami weather and what else could you ask for?

Though it is a G5 team with a fairly new football program (started in 1995), FIU is by no means a small school. In fact, its enrollment was 58,787 in fall 2019, making it the largest public university in Florida. The fans I met take tremendous pride in this.

I was able to hang out with the Section 112 group and gain access to club areas inside of the stadium also. I really enjoyed myself and have been able to stay in touch with everyone on Twitter ever since. One of the coolest moments happened a few weeks later when FIU beat “big brother” Miami at Marlins Park. Marlins Park sits where the Orange Bowl once did.

FIU Twitter was so lit, it was crazy. Even though I’d only been to one game, I was genuinely happy for the fan base. There were very good people and I hope to see another game in Miami some time soon.

You have to pick the home side or road side of the stadium when you see a game at Louisiana Tech. When you have your ticket scanned initially, you are relegated to remain on that side for the rest of the game. That didn’t work for me, because I like to roam around the stadium throughout the game.

There are two options to combat this issue. One is to see if you can negotiate with an usher to be allowed to go back and forth. The other is to buy two tickets — one on each side of the stadium. Sometimes I don’t mind haggling, but with tickets priced at only $15, I just bought two.

I like being on the home side initially because that side has the most favorable weather related conditions. Usually the stadium’s press box is situated where the sun goes down behind it. That creates shade earlier in the day for those fans, while putting the sun directly in the face of the fans on the road side.

I spend the second half on the road side, because I like to get a panoramic photo of the field with the press box included. That is the featured image above.

This is not a big deal really. I’ve seen this policy at other smaller stadiums at the high school and lower college levels. The same thing happened at the Division III National Championship in Texas that I attended. It was an unexpected hurdle for my first game in Ruston though and next time, I will be prepared for it.