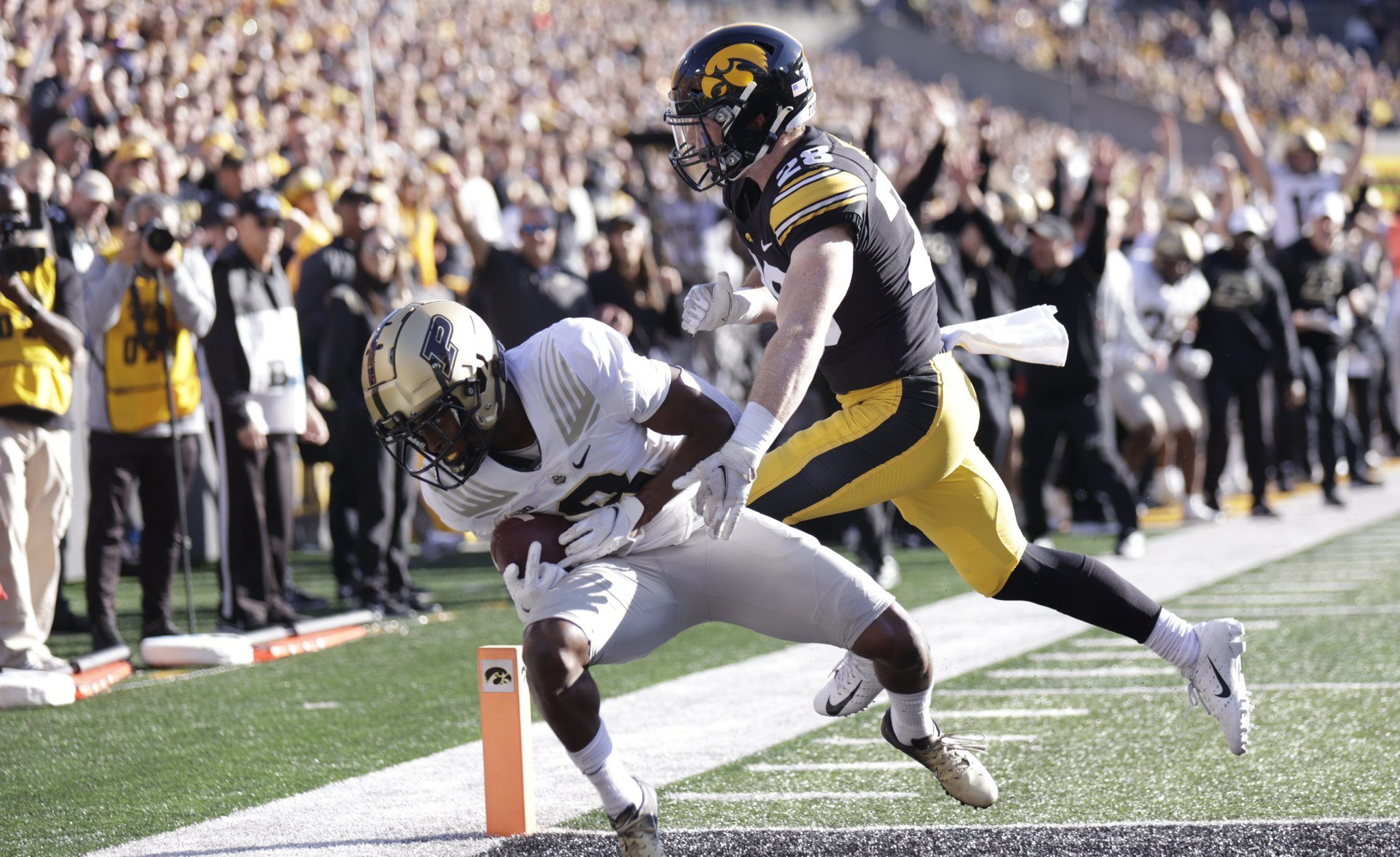 For the second week in a row, one of the nation’s top two teams has gone down.

This time, it happened at home and in convincing fashion. No. 2 Iowa was handled on Saturday by Purdue, 24-7.

With the convincing victory, the Boilermakers earn this week’s distinction of Fifth Quarter/CFBHome Team of the Week. They’re the first Big Ten team to earn that honor this season.

Domination on Both Sides

Purdue may have only scored 24 points in Saturday’s victory, but it had a solid day offensively. Both teams averaged fewer than three yards per rush, but Purdue quarterback Aidan O’Connell finished 30-for-40 passing for 375 yards and three total touchdowns.

As a team, Purdue finished with 461 yards, went 9-for-16 on third down and held the ball for nearly 35 minutes. After Iowa tied the game at seven late in the first half, the Boilermakers scored the game’s final 17 points.

Defensively, Purdue held Iowa to 271 yards and came away with four takeaways. Branson Deen had 1.5 sacks for a Purdue team that recorded four. The Boilermakers also came up with four interceptions of Iowa quarterback Spencer Petras.

Cam Allen had two of those. Kieren Douglas and Dedrick Mackey also recorded picks in the win.

Iowa became the highest-ranked opponent to lose at home to Purdue since Notre Dame in 1974. It marked the second time that Purdue had beat a top-2 team in four years. The Boilermakers blasted second-ranked Ohio State in West Lafayette in 2018 by a 49-20 score.

The defeat snapped a 12-game winning streak for Iowa. Purdue’s 24 points was the most anyone has scored against Iowa this season.

Following the victory, Purdue found itself in the AP Poll at No. 25. The Boilermakers are ranked for the first time since 2007 and the first time during head coach Jeff Brohm’s tenure.

Following the loss, Iowa fell nine spots in the AP Poll to No. 11. At 6-1 overall, the Hawkeyes will have a bye this week before visiting Wisconsin.

Purdue’s next contest will also come against Wisconsin. The Boilermakers, now 4-2, will host the Badgers on Saturday. The contest begins at 3 p.m. ET and airs on Big Ten Network.