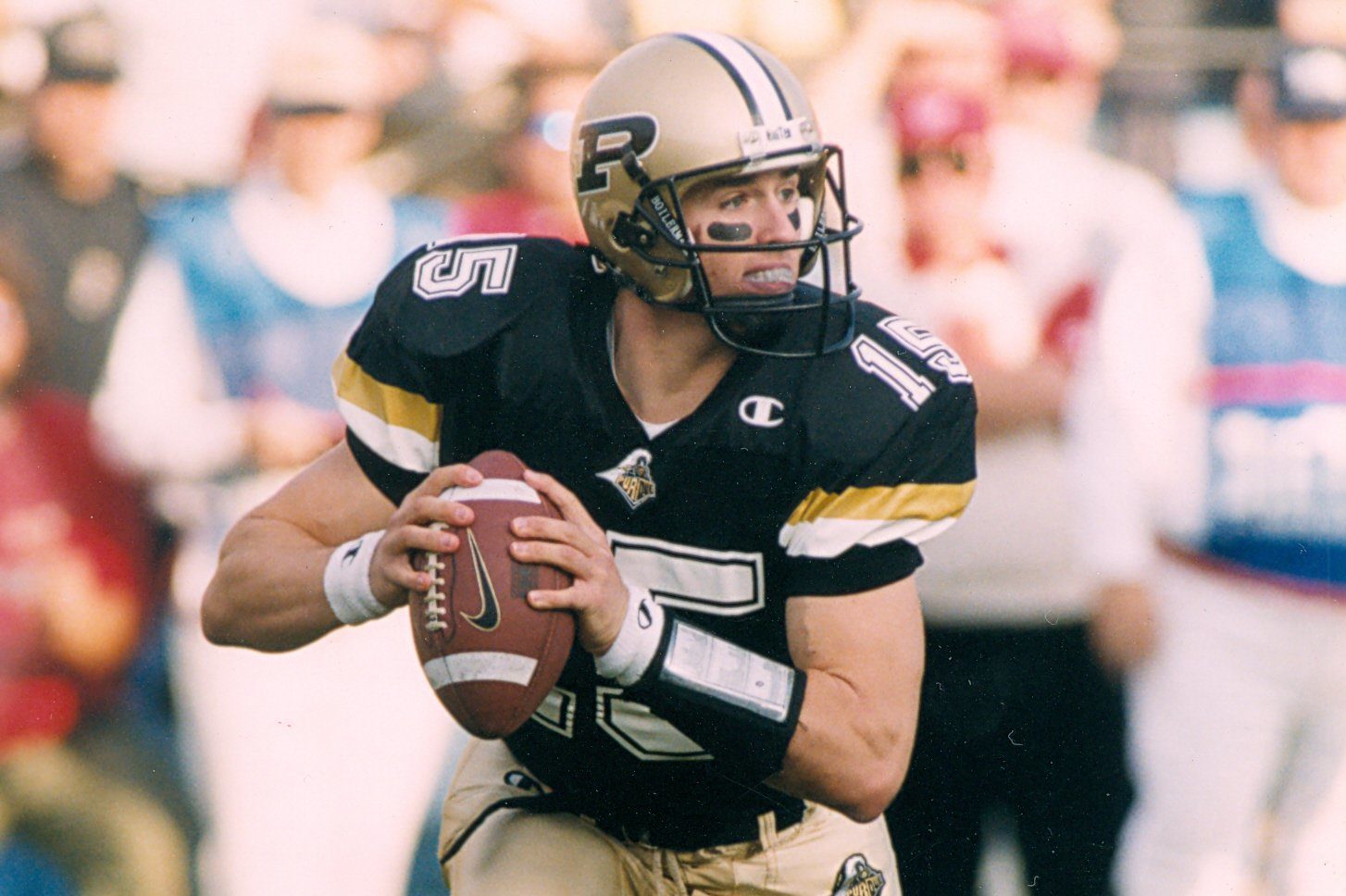 What if I told you that in the not so distant past Purdue was fighting for a Rose Bowl bid and was a highly-thought-of program?

In October 2000, Purdue was 6-2 and were fighting for its first Big Ten championship since 1967. After starting 3-2 and hopes fading, Purdue entered the gauntlet. It consisted of Michigan, Wisconsin, Northwestern, and Ohio State.

To that point in his career, senior quarterback Drew Brees had yet to beat three of the four. Purdue then ripped of three straight wins and headed into the Ohio State game with revived aspirations of a conference title.

Ohio State, on the other hand, was 6-1 with only one stumble. That had come against Minnesota as the Buckeyes were looking to add yet another conference title to their program’s mantle.

Heading into the week of the game, Ohio State was ranked No. 12. Purdue was 16th. Throughout the course of the week, Ohio State linebacker Joe Cooper questioned the toughness of Brees. He went on to promise that Ohio State would legally rough up Brees.

When the Oct. 28 contest was over, Brees and the Boilermakers had the last laugh. The decisive blow in a 31-27 victory for Purdue came on a 64-yard touchdown pass from the All-Big Ten quarterback to receiver Seth Morales with less than two minutes to play.

Ohio State received the opening kickoff and the first drive resulted in a missed 49-yard field goal. Purdue’s opening drive ended with an Ohio State interception nearing the Buckeye red zone. The rest of the first quarter went by with both teams struggling to gain footing offensively.

The next Ohio State drive ended with an Akin Ayodele interception and the Boilermakers proceeded to score the first touchdown of the game a 2-yard run by Steve Ennis. The rest of quarter was much like the first with Brees throwing yet another interception.

The Boilermakers took a 7-3 lead into the locker room. Brees had thrown three picks. However, the Boilermaker defense largely stifled Ohio State for most of the first half. It was the biggest reason that head coach Joe Tiller’s team was able to take an advantage into the second half.

Purdue received the ball in the second half managed to cash in on a 34-yard field goal by Travis Dorsch. Dorsch was a much maligned kicker at the time, but his kick made the score 10-3.

Ohio State responded with another field goal to jumpstart a run of 17 unanswered points. After a Purdue punt, Ohio State went on a drive that was capped off by a 1-yard touchdown run by Jamar Martin. After another drive stalled, Clements returned a punt 89 yards for a score to put Ohio State up 20-10 heading into the fourth quarter.

On the very next drive, Purdue responded when Brees scrambled to his left and hit wide receiver John Standeford in the back of the end zone. The scoring strike cut the lead to three at 20-17.

After the defense forced another punt, Purdue converted four third downs of more than five yards. Wide receiver Vinny Sutherland capped the drive by taking a short dump 19 yards for another Purdue touchdown, putting the Boilermakers up, 24-20.

Purdue’s defense again forced another punt and with 4:37 left, Purdue had the ball.

But then it happened.

The aforementioned Joe Cooper came in on a blitz and forced Brees to make a quick decision. As a result, Ohio State’s Mike Doss intercepted the pass and was tackled just shy of the end zone by Brees. Brees later said on the hit he was trying to knock himself out to forget the mistake. Ohio State immediately cashed in with a touchdown by Jerry Westbrooks.

After Ohio State batted down the first pass on the ensuing drive, Brees went to one of his favorite plays. In the huddle, Brees called Twins right 74x ZPull. On the play, a well-protected Brees would find Morales wide open behind the defense for the-64 yard strike put Purdue up 31-27.

Morales was the last option and was running a deep post. Brees later said that pass might go to him 1 in 1,000 times. Morales later said that in the three or four seconds that the ball was in the air, he kept thinking, “Seth, just don’t drop this”.

The result is one of the most iconic plays in Purdue history and an equally as iconic call from Brent Musberger. “Wide open,” Musberger said on the ABC broadcast. “Got him. Touchdown, Purdue. Holy Toledo.”