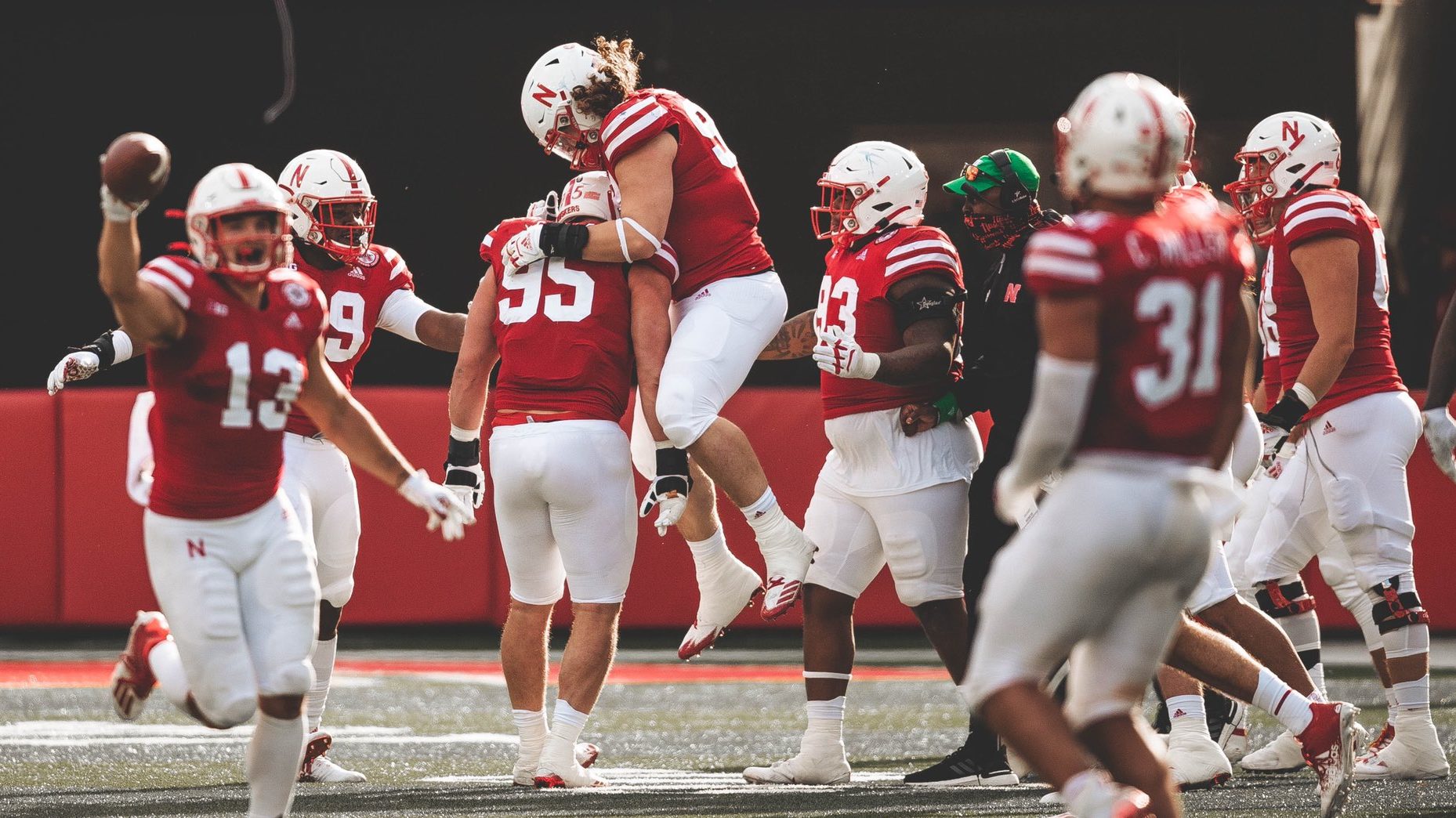 The Huskers were led by big plays on both sides of the ball, which is something that has lacked the past few years. After getting blasted by Ohio State in the opener, the Nebraska defense has now held consecutive opponents below 24 points. The Cornhuskers held off Penn State this past weekend, 30-23.

Last season, the Cornhuskers held just one Big Ten opponent to fewer than 24 points. Here are grades for each defensive position group.

The tale of two halves lived for the “Blackshirts” this week after a storming comeback from the Nittany Lions. The Huskers’ defense has been the biggest surprise in 2020. Defensive coordinator Erik Chinander’s guys have been the best unit for Nebraska in this funky 2020 season.

After Penn State quarterback Sean Clifford struggled out of the gate, sophomore Will Levis took over. The Huskers’ defense gave up 501 total yards, but were opportunistic in the win. There was plenty for fans in Lincoln to be excited about following the contest.

The defensive line had a mixed bag of results from Saturday. The pass rush for the Cornhuskers had a good day, which included the game-sealing pressure on back-to-back plays in the red zone. Defensive end Ben Stille was the man with the pressure that got the Huskers off the field on 4th-and-goal from the 13-yard-line.

Defensive tackle Damion Daniels and end Pheldarius Payne graded out the best on the line this past Saturday. They both showed great ability in the run game of shedding blocks and slowing down the likes of Penn State running back Devyn Ford.

Defensive tackle Ty Robinson struggled a bit on Saturday overall, but graded out above average in the pass-rushing department. The biggest story of the day was getting to see six snaps from the former Navy Seal, Damian Jackson. Jackson graded out slightly above average and a little better than the majority of the defensive line on Saturday.

The linebacker group overall had the best day of any Husker position group, thanks in part to the two seniors in Will Honas and JoJo Domann. According to Pro Football Focus, Honas and Domann combined for 20 tackles with 13 of those being deemed successful since it resulted in failure for the offense.

These two graded out as No. 1 and No. 3 on the defense for the whole day. The consistency in the run game and on tackling was showcased throughout the day. The biggest reason for Husker fans to be excited is how these two shined in pass coverage all day.

Honas and Domann held one of the better tight ends in all of college football to one catch for seven yards (three targets). This is why we started to see a lot of Pat Freiermuth split out wide.

Several linebackers struggled in a few areas on Saturday afternoon. Collin Miller (71 snaps), Nick Henrich (22 snaps), and Luke Reimer (42 snaps) all graded out fairly low for the Blackshirts’ defense. Reimer and Henrich seemed to carry the load from that outside linebacker spot mostly. They both struggled mightily in run defense with the second- and third-worst grades on the team.

On the contrary, these two saw success rushing the passer and in coverage on Saturday. These two aren’t run-stuffing linebackers like Miller is. Miller struggled in almost every area on Saturday. He looked a step slow from the film which is concerning for a defense that relies on his leadership and experience.

The biggest area that the Blackshirts’ defense needs to improve upon is containing the quarterback run/scramble. This falls on communication and execution among the linebackers to not give the opposing quarterback a running lane.

The defensive backs also had a fine day for the Huskers, keeping Nittany Lion quarterbacks to below a 50% completion percentage clip. The Huskers’ best performing position group of the game stepped up time and time again to preserve the win. The strong play of the secondary resulted in four of the top 10 performers to be from the back end.

The play of the safety position was instrumental in the win. Safety Deontai Williams was the star of the day with his highlight strip-sack of Penn State’s Sean Clifford that he himself returned himself for a touchdown to make it a 24-3 ballgame. Williams graded as the second-best defensive player all day with his full array of talent on display.

The Huskers also got a strong game from safety Marquel Dismuke. Dismuke led the Huskers in tackles with 15 total tackles and three defensive stops. From an overall standpoint, Dismuke struggled, especially in coverage. His ability to play that spy role against dual-threat quarterback could be crucial against Illinois this week.

The biggest impression was how Williams and Dismuke limited the Penn State pass-catchers on Saturday. The two safeties were the main defenders on 14 targets and only allowed eight catches for 76 yards. They both had a pass breakup in a critical down and distance as well.

Blackshirts for the Secondary?

Cornerbacks Cam Taylor-Britt, Dicaprio Bootle, and Quinton Newsome all graded as some of the best performers of the day. Taylor-Britt had lots of man coverage against the best wideout for Penn State in Jahan Dotson and limited him to two receptions for 27 yards. The former safety has embraced the role of locking up the opposing offense’s main option. According to PFF, Taylor-Britt graded with a fantastic final grade of 75.0 which was good for No. 1 on the defense.

Bootle had his ups-and-downs Saturday afternoon, but overall, had a productive day on the sophomore Daniel George. Only one busted coverage by the Huskers’ secondary allowed for a 74-yard pitch and catch from Levis to Freiermuth. The Blackshirts showed lots of ability on the back end against two of the better weapons in all of the conference in Dotson and Freiermuth.