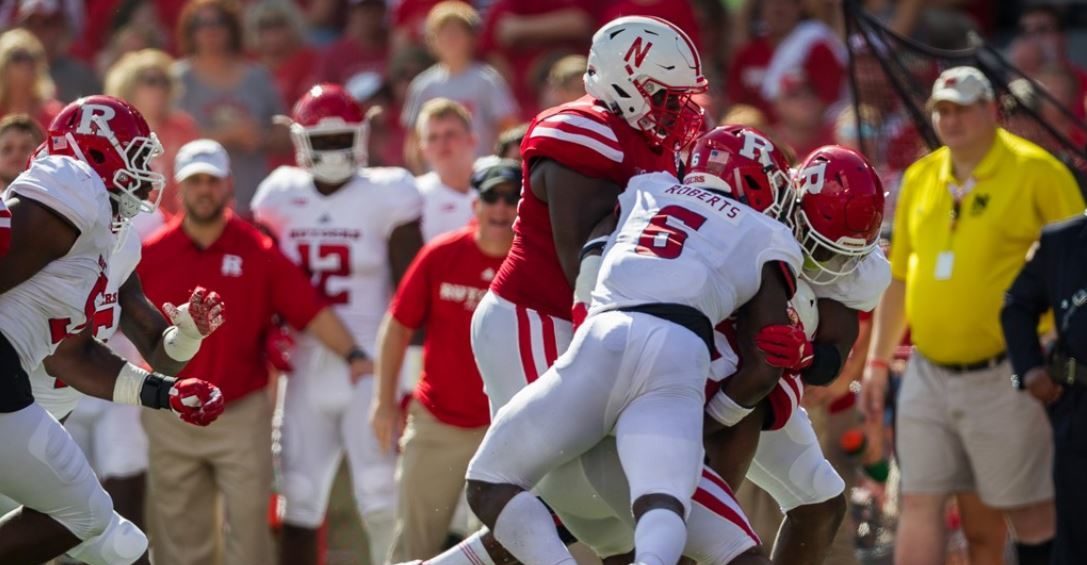 We begin the second half of our series with a look at the Oct. 24 contest at Rutgers. The trip to Piscataway comes after an open date on Oct. 17.

The Cornhuskers are 4-0 all-time against the Scarlet Knights. The series dates back to 1920 with Nebraska winning the last meeting in Lincoln in 2017 by a 27-17 score.

Through six games in this series, we have Nebraska starting 5-1. If that holds true, the Cornhuskers will be seeking bowl-eligibility for the first time in Frost’s tenure and the first time since 2016.

This should be a fun game because it could be quarterback Adrian Martinez vs. his former backup in Noah Vedral. The Scarlet Knights only scored 51 points against Big Ten opponents last year (5.7 points per game). Rutgers hasn’t won a Big Ten game since November 2017 either. It only returns two starters on the offensive line from late in the 2019 campaign. Wisconsin transfer and wide receiver Aron Cruickshank should give the offense a much-needed weapon along with Vedral.

Expect the Rutgers offense to take a step in the right direction during the 2020 campaign. Also, the defense returns eight starters, including four of its top five tacklers from a season ago. Graduate transfers Brendon White (Ohio State) and Michael Dwumfour (Michigan) should fill some of its holes on defense too. Still, the Huskers should have way too much firepower for the Scarlet Knights on both sides of the ball.

Why Rutgers Will Win

Nebraska could take this road game too lightly and that could lead to some trouble. Tthe Rutgers offensive line could be a disaster, but the Scarlet Knights return their leading rusher from a season ago.

The transfers added could provide big dividends on both sides of the ball as well. The improved defense combined with the addition of Vedral could keep this game close for a while. Rutgers will get its first Big Ten win in three years during the 2020 campaign, but most likely not against Nebraska. Don’t count the Scarlet Knights out in this game, but expect Nebraska to pull away late.

Vedral vs. Martinez should be a sight to see in this Oct. 14 match-up in Piscataway. Rutgers will battle in this match-up behind an experienced defense and a dual-threat quarterback. Expect the Huskers behind Wan’Dale Robinson and Dedrick Mills to be too much in the end.