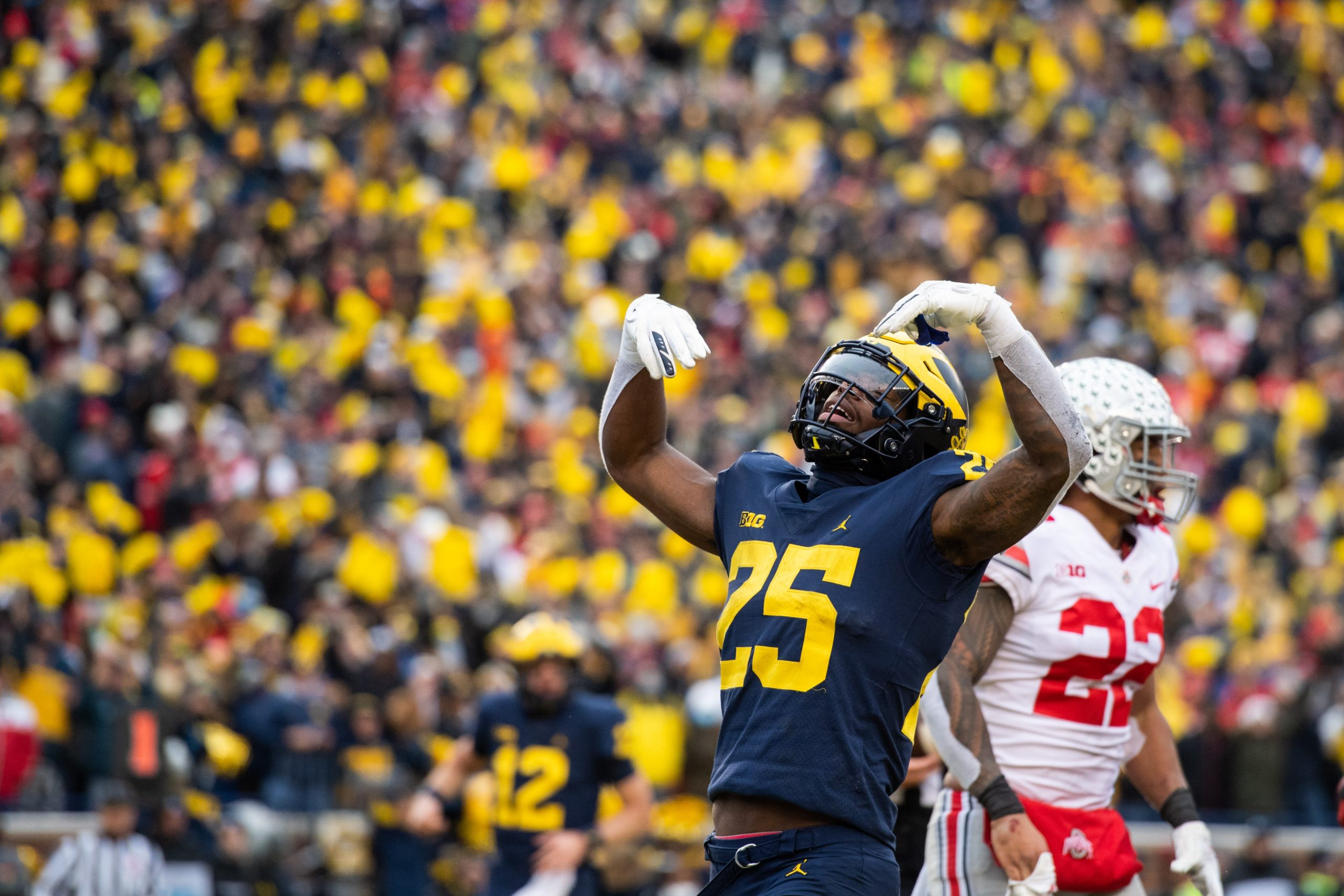 For the sixth time in seven weeks, the Fifth Quarter/CFBHome Team of the Week will go to a team from the Big Ten. This week, it goes to a team that is one victory away from the conference crown.

In a top-5 matchup on Saturday, Michigan finally got the monkey that is Ohio State off its back. The Wolverines went ahead for good late in the first half and physically dominated the Buckeyes for a 42-27 win in Ann Arbor.

For its efforts, Michigan earns Team of the Week honors.

The story for No. 5 Michigan in Saturday’s win at “The Big House” was the physicality. The Wolverines rushed for 297 yards and held the second-ranked Buckeyes to just 2.1 yards per rush.

Ohio State’s stellar passing attack put up numbers as C.J. Stroud passed for 394 yards while Jaxon Smith-Njigba and Garrett Wilson each finished with more than 100 yards receiving. The difference is Michigan took advantage of its red zone opportunities.

Hassan Haskins finished with 169 yards rushing and five touchdowns in the win. His 1-yard touchdown run late with less than four minutes to play in the second quarter gave Michigan a 14-10 lead and put it ahead for good. Haskins would add two more touchdowns in each of the final two quarters. A.J. Henning scored the first touchdown for the Wolverines in the victory. Blake Corum added 87 yards rushing on just six carries.

Although Ohio State finished with a lot of yards through the air, it managed just 64 on the ground on 30 carries. Aidan Hutchinson had a monster afternoon with three of the four Michigan sacks in the victory. Stroud threw for two touchdowns while TreVeyon Henderson rushed for and caught a touchdown in the loss.

For Michigan, the victory snaps an 8-game losing streak to Ohio State. For perspective’s sake, the head coaches the last time that Michigan won in the series prior to Saturday were Brady Hoke and Luke Fickell back in 2011. It is also the Wolverines’ first win over Ohio State under head coach Jim Harbaugh.

During Michigan’s losing streak to Ohio State, only two contests were decided by less than 11 points. Not only had the Wolverines lost eight straight, but they had lost 16 out of 17 in the rivalry. The 15-point victory for Michigan is its largest in the series since a 28-0 win in 1993.

With the win, Michigan also clinches the Big Ten East. The Wolverines will play in the Big Ten Championship for the first time.

For Michigan, the final hurdle before the College Football Playoff is the Big Ten Championship in Indianapolis. The Wolverines will take on Iowa, the champions of the West division.

The contest begins at 8 p.m. ET and will air nationally on FOX. Ohio State will wait to see its bowl destination.