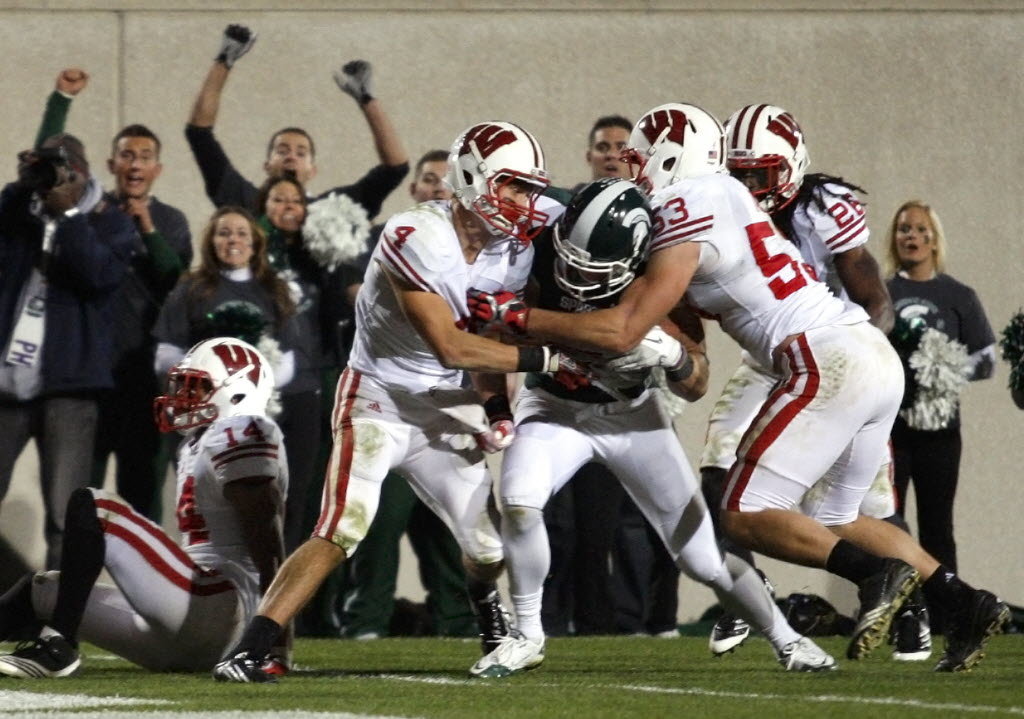 Think about the college careers of Doug Flutie and Kordell Stewart and one play comes to mind — a Hail Mary.

On this day 10 years ago, Kirk Cousins joined that club. His game-winning Hail Mary touchdown pass to Keith Nichol lifted Michigan State to a thrilling 37-31 win over Wisconsin in a top-15 showdown.

Michigan State was coming off a signature win over rival Michigan as it arrived at Spartan Stadium on Oct. 22, 2011. The Spartans were 5-1 and ranked No. 15 in the AP Poll.

Wisconsin was absolutely rolling as it arrived in East Lansing. The Badgers were a perfect 6-0, ranked fourth in the country and had defeated opponents by a combined margin of 301-58.

86 seconds was plenty of time for Michigan State, but the Spartans were perhaps too methodical. After an incomplete pass from Cousins, Michigan State found itself at the Wisconsin 44-yard-line with time for only one play.

61 yards seemed too long for a field goal, so head coach Mark Dantonio elected to keep his offense on the field. The decision paid off.

Cousins peddled back to his own 45 before launching one toward the goal line. The ball was deflected before being caught by Nichol at the 1-yard-line. Nichol was quickly swarmed and taken down near the goal line. The initial ruling was that he was stopped short, but the play was under review.

Replay showed the football touch the goal line as Nichol tried to muscle his way into the end zone. Officials reversed the call.

It was a touchdown.

Wisconsin raced to a 14-0 lead behind a Wilson touchdown pass to Jacob Pedersen and a touchdown run by Ball. 31 of the next 34 points however, belonged to the Spartans.

A sack of Wilson for a safety in the second quarter began a string of 23 straight points for Michigan State. A 34-yard touchdown run by Keyshawn Martin followed by a 35-yard touchdown toss from Cousins to B.J. Cunningham gave the Spartans their first lead. Kyler Elsworth fell on a blocked punt in the final minute of the first half to give Michigan State a 23-14 lead at the break.

A Wisconsin field goal accounted for all the third quarter scoring. Cousins connected with Martin for a 15-yard touchdown and the Cunningham for the 2-point conversion to give Michigan State a 31-17 lead with less than 11 minutes remaining.

Wilson answered with a 22-yard touchdown run before finding Ball for the tying score.

With the victory, Michigan State would ascend into the top 10, but both teams lost the following week. The Spartans were thumped at Nebraska while Wisconsin dropped another heartbreaker on a late touchdown — this time to Ohio State.

From there however, the teams would run the table for the remainder of the regular season and meet again in the inaugural Big Ten Championship. Wisconsin got revenge the second time around with a 42-39 victory.

Many however, might argue that the more memorable of the two matchups was the one that ended with a successful Hail Mary. It came on this day a decade ago.