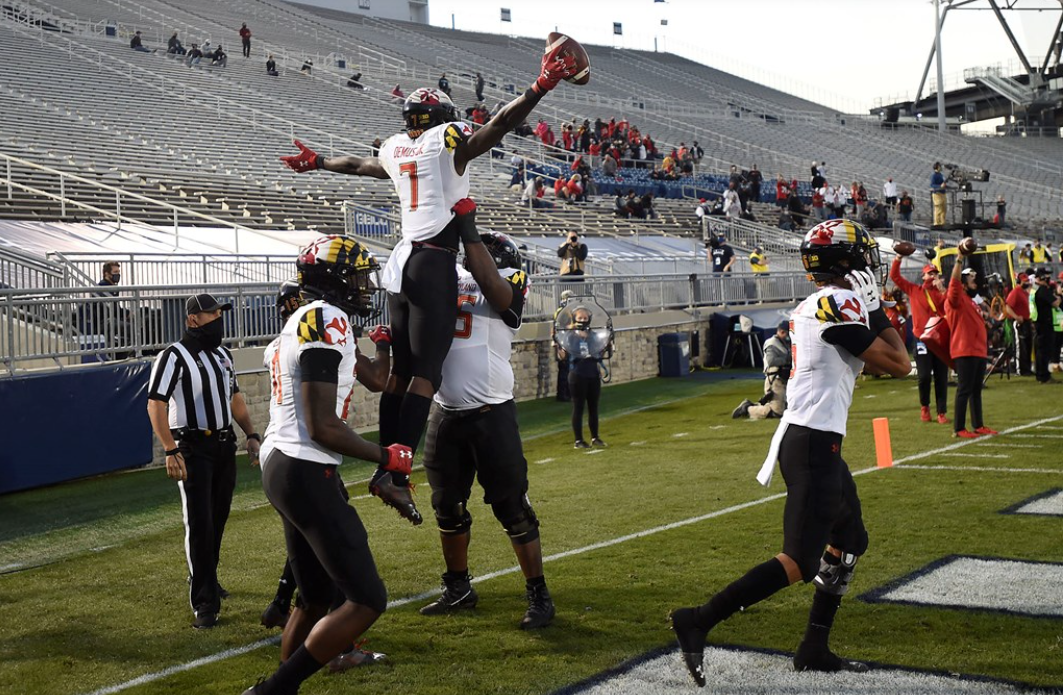 In the weeks following the completion of the 2021 College Football Playoff, many schools have been finalizing their schedules for the upcoming seasons.

Maryland is no different. The majority of the Power 5 teams released their schedules in the past few days, and Maryland’s schedule allows for some very interesting scenarios.

Here are some things to keep in mind as the season approaches:

The Terrapins enter the 2021 season with as much optimism as ever under Coach Mike Locksley. Not only did the team take advantage of a strange season in 2020 to give some underclassmen experience, but it also capitalized on an astounding recruiting class. Coach Locksley has the No. 18 overall class and fourth-best class in the Big Ten for 2021, according to the 247Sports Composite rankings.

The Terps are bringing in a class that is headlined by one five-star recruit (linebacker Terrence Lewis) and four four-star players. It is unrealistic to believe that the freshmen will come in and immediately make Maryland a title contender. Simply put, these players will experience the ups and downs that come with playing in one of the best conferences in the country.

Maryland, though, will be counting on its returning players to provide a lot of production. Tasked with anchoring a secondary for the Terps will be players like Tarheeb Still and Nick Cross. Both played very well last season.

The continued maturation of these players, along with quarterback Taulia Tagovailoa should help Maryland in 2021. Tagovailoa’s decision to leave Alabama, his brother Tua’s former team, to make his own legacy at Maryland seems like it is justified. Last season, the Crimson Tide won another national championship with yet another class of star recruits incoming.

The question for Tagovailoa will be how much he improves between his first and second seasons in College Park. He has shown the promise to be a great quarterback, but he lacked consistency. This is a commonality for young quarterbacks, but something that needs to be overcome in short order.

For the Terps to be relevant, it will not matter how good the defense is or how good the recruiting has been; Tagovailoa must develop.

Maryland kicks off its season with a big test against West Virginia on Sept. 4 in College Park. The Mountaineers might not be coming off a very good season, but they are very on par with Maryland in terms of talent. Maryland will not get the luxury of playing a cupcake to get its bearings before playing a Power 5 team.

This might turn out to be a major positive. The younger players will need to know what it is like to face Power 5 talent before making it to the Big Ten portion of the schedule.

The next week, the Terps travel to Champaign for a test against new head coach Brett Bielema and the Illinois Fighting Illini. Maryland will have to see how it handles its first hostile environment on the road. Once again, this will be a good thing in the long run.

The Illini are good, but nowhere near elite, and are comparable with the Terps in terms of talent. A two-game homestand features Kent State and Indiana coming to College Park. The latter will be the first big-time conference test for the Terps. Indiana is coming off its best season in decades, and under Tom Allen, is only getting better.

Starting on Oct. 9, Maryland alternates between home and road games for the next three weeks. The Terrapins start on the road against Rutgers, come home for Iowa, and then travel to Minnesota.

The Oct. 30 game against Minnesota will be a tough one. The Golden Gophers will be looking to serve the Terps with some payback after last season’s match-up.

The End of the Season Schedule

Here is where the schedule gets really difficult. The final four games will see the Terps go against four of the best teams in the Big Ten East, starting with a game against Penn State in College Park. Then, they face the Ohio State Buckeyes, Michigan Wolverines, and finally the Michigan State Spartans.

Each of those four teams have bested the Terps since Maryland moved to the Big Ten, but the Terps have never had this level of talent on their roster. If the Terps won just half of those games, the team should consider that a huge success.

Maryland is not necessarily a program associated with prolonged success on the gridiron. It has been solid in years past, but never anything close to a threat to win the Big Ten or even go to a major bowl game. Expectations should be kept at a reasonable level for the Terps.

Coach Locksley, for all the amazing things he has done recruiting in the past few seasons, has yet to win anything as head coach. It is to be considered that he has not been the head coach long. Nonetheless, expectations should be kept at a minimum. That being said, it is safe to expect that the Terrapins will make a bowl game in the upcoming season.

If that were to happen, this season would be considered a win for the Terps, as they would have beaten some good teams, and gained experience as a whole. That should be the goal for Locksley and the Terps: to improve everyday.

As Locksley puts it, “the best is ahead”.