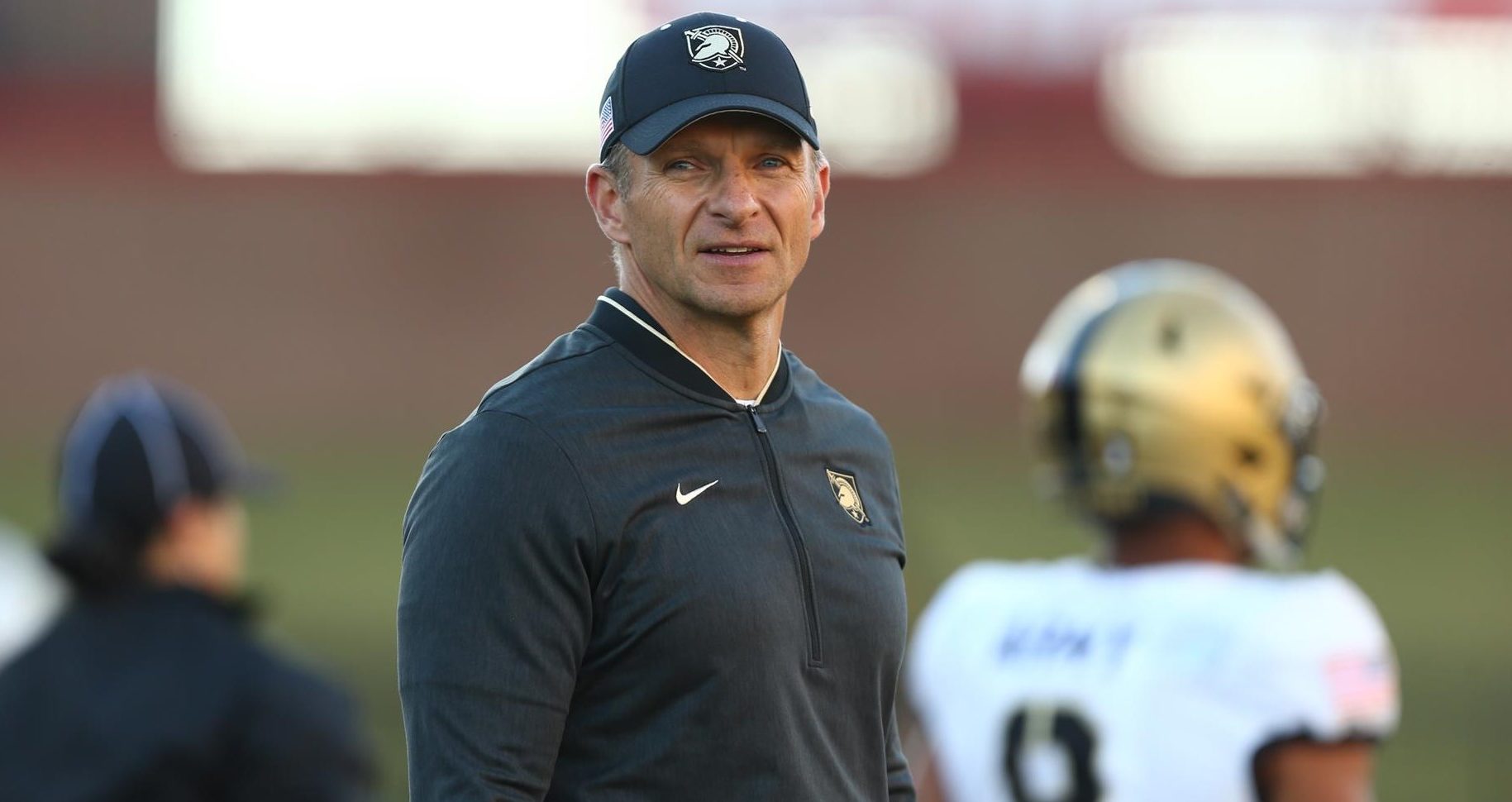 After five years on the job, Lovie Smith was relieved of his duties as head football coach at Illinois.

At the time of his hire, Smith was thought to be a home run. He was the type of guy one would want for a fresh start. He was Josh Whitman’s first hire as athletics director.

Smith’s hire had Champaign-Urbana excited about football again. Well, after five years on the job, Smith was let go as head coach.

The Fighting Illini went 17-39 (10-33 in the Big Ten) in five seasons under Smith. This was Smith’s first job at the collegiate level since he was a defensive backs coach at Ohio State in 1995.

He also had a great career as a head coach for the NFL’s Chicago Bears. In 2006, Smith coached the Bears to the Super Bowl before ultimately falling to the Indianapolis Colts.

However, that success did not translate to the college level. We’ll take a look into potential replacements for Illinois.

In his eight seasons at Whitewater, he had an overall record of 109-6. He appeared in seven national championships, winning six. He has now turned Buffalo into a top program in the MAC. The Bulls are about to appear in their second MAC Championship in three years.

With Leipold being from the Midwest and his time at Whitewater, he has connections for recruiting. The thing with Leipold however, is that his recruiting classes have generally finished pretty low.

He’s done great with the players he has, but to win in the Big Ten, landing big-time commitments is essential. There’s nothing to show that he won’t be able to do that though. He would be a great hire for this program.

Lewis is a young, energetic coach — seemingly the opposite of Smith. Lewis has a lot to prove, but he’s already turned Kent State into a good program in the MAC after going 2-10 in his first year.

Lewis is from Chicago. Once again, you want a guy that has deep ties to the state of Illinois. The Illini have struggled to keep talent inside the state. A young, hungry coach could be the one to change that.

Lewis also played his college ball at Wisconsin. He coached under Dino Babers and is a part of the coaching tree of Art Briles. Lewis would absolutely bring a change on offense for the Illini.

This may be the longest shot here. Fickell turned down the Michigan State job last year, so why would he choose to go to Illinois? Fickell, the head coach at Cincinnati, is from Ohio and also spent 15 years on the Ohio State staff.

Fickell’s overall record as head coach is 34-13. Take out his first year at Cincinnati, and his record is 30-5. The Bearcats had back-to-back 11-win seasons and are currently undefeated this year and sitting at No. 8 in the College Football Playoff rankings.

Whitman does like to swing for the fences with his hires, however. Fickell is the best coach on the market and Whitman will likely give him a call, or two. He seems like a great recruiter, generally finishing with a top-50 class, and a top-three class in the AAC. This is a long shot, but Fickell would be everybody’s first choice.

Scheelhaase was the starting quarterback for the Illini from 2010-13. He finished as the leader in career total offensive yards for Illinois. The guy loved his time at Illinois.

He came back to coach at Illinois for three years before leaving to coach at Iowa State. He’s a fast riser in the industry today, and this could be Illinois’ only chance to get him.

Scheelhaase has learned under a great coach at Iowa State in Matt Campbell. He could potentially be Illinois’ Matt Campbell. On top of that, since he’s so young, he may not be so expensive for Illinois.

This is the definition of taking a chance. It’s unlikely Whitman would take such a big chance with his job potentially on the line with this hire. The upside with this hire could be through the roof though.

Another guy from Illinois, Jeff Monken grew up in Peoria before playing his college ball at Millikin University in Decatur. Monken has coached all over the country throughout his career, including stops in Illinois at Concordia University in Chicago and Morton High School.

Monken finally got the chance to be head coach in 2010 at Georgia Southern and then took the head coaching job at Army in 2014. He’s another guy that just wins. His overall record as head coach is 86-54, only having three losing seasons in his career.

Would his triple-option offense work at Illinois though? It would certainly be interesting to watch. Maybe Illinois just needs that switch to be successful.

Leonhard is currently the defensive coordinator at Wisconsin. He was an All-American safety there three times as well. He also grew up in Wisconsin.

He’s in every way a Wisconsin guy. But why couldn’t that work just one state down at Illinois? He knows the Midwest very well. He’s also pretty young, which a lot of people seem to want in the next coach.

He has never been the head guy anywhere, which could be a concern. Illinois should look at Wisconsin on how to build a successful program. It wouldn’t be a bad idea to take away one of those successful Badgers coaches.

The last time Illinois hired away the coach from Toledo, it was a complete and utter disaster. Tim Beckman was fired from Illinois after a scandal. This might make a lot of people leery about another coach from Toledo.

However, the head guy at Toledo after Beckman? Matt Campbell. Candle coached under Campbell at Toledo before he left for Iowa State. Candle is another young candidate and is a great recruiter in the MAC. He also runs a high octane offense — something that would be a little different for the Illini.

Being a great recruiter in the MAC doesn’t always translate to higher levels. He also was on the same staff as Beckman at Toledo at one point. No one knows if Whitman would go for that, even if he’s nothing like Beckman.

Candle would be a solid hire. He’s young, a great recruiter, and has led a solid program in Toledo.

Bielema is another local guy, growing up in Prophetstown. He played his college ball at Iowa and is the former head coach at Wisconsin and Arkansas. His overall record at Wisconsin was 68-24; that includes three straight Rose Bowl trips.

He gets a bad rap from his time at Arkansas. It’s been a tough place to win recently, and Bielema made three straight bowl games in his five years there. He’s currently a linebackers coach and senior defensive assistant for the NFL’s New York Giants.

He showed he can recruit in the Midwest while at Wisconsin. He had a very successful career in Madison. He could be a great hire at Illinois. Bielema was the runner-up to Greg Schiano for the Rutgers job last year, so he wants to get back to coaching at the collegiate level.