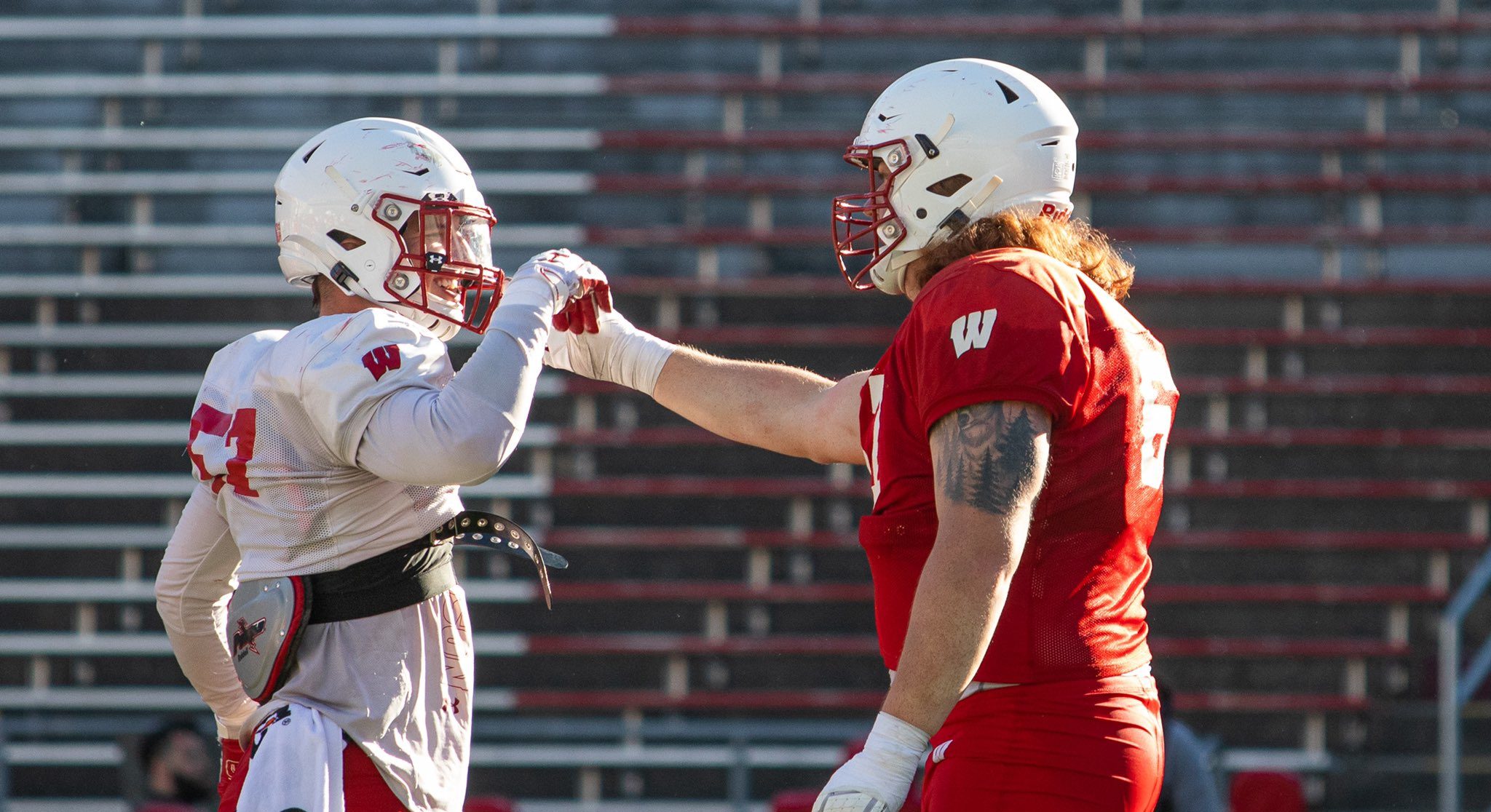 After a long couple of seasons for the Illinois Fighting Illini, former NFL head coach Lovie Smith finally took this cellar-dwelling Big Ten program back to a bowl game in 2019. It was the first appearance in a bowl for the Illini since 2014. Smith will look to have another successful campaign this season, but it may be a little bit harder building off of last year. It’s not that Illinois is an awful football team, it’s just they may get caught in the gauntlet of the fairly-even Big Ten West.

Linebackers Jake Hansen and Milo Eifler will need to step up big this upcoming season. The Illini lose the majority of their defensive production, including star linebacker Dele Harding and their top four defensive linemen. It may be a tough year for Smith. While we have them dropping one on the road at Rutgers for the Scarlet Knights’ lone win, we do have Illinois picking off Nebraska in Lincoln for a huge upset. The Cornhuskers typically drop a surprising one at home, and they may be coming off a brutal defeat against Penn State the week prior.

The Northwestern Wildcats had a bit of a down year last season. After finishing 3-9 and 1-8 in league play, Pat Fitzgerald’s team missed a bowl game for the first time since 2014. This came as an extreme disappointment, especially after the Wildcats won the Big Ten West the year prior.

Northwestern returns a somewhat solid defense. The Wildcats return the likes of cornerback Cameron Ruiz, as well as stud linebackers Paddy Fisher and Blake Gallagher. The problem for Northwestern is on the other side of the ball. Fitzgerald brought in former Boston College offensive coordinator Mike Bajakian to reinvent the offense, and he’ll have quite the workload to get the Wildcats on track for a successful 2020 season. Northwestern may be in for another long ride this year, as we have its only conference in projected against last-place Illinois.

Here we are. The cannibalistic gauntlet that is the Big Ten West. Let’s start with the Purdue Boilermakers, who we have finishing the year at 3-5.

The Boilermakers return stud running back and potential first round pick Rondale Moore, after originally opting out of the season. He makes Purdue must-see TV by himself. While Purdue may finish 3-5, it very well could make a lot of noise in 2020.

Fourth-year head coach Jeff Brohm had some positive momentum going early in his tenure, but after a rough 4-8 season last year, Purdue will look to move back in the right direction. It’ll beat Illinois, Rutgers, and Northwestern, but will fall short in all the close games, moving it back to fifth place in the West.

Scott Frost is still looking for that big year in Lincoln. To make a bowl game, though, the third-year head coach will need big strides from the ‘Huskers in this shortened season.

Nebraska returns talented quarterback Adrian Martinez back for the 2020 campaign. Martinez will look to prove he can stay on the field after ongoing knee issues. Offensively, the Cornhuskers take two huge hits. 2019’s leading receiver JD Spielman transferred to TCU, and leading rusher Maurice Washington was dismissed from the team. They do, however, have stud running back Dedrick Mills to step up in Washington’s place.

The ‘Huskers will have to prove they can play defense, as they’ve struggled with it in years past. A COVID-shortened season may be what Frost needs to start to turn the ship in the right direction. They’ll drop an Easter Egg to Illinois, but will pick up wins against Northwestern, Iowa, Purdue, and a big one at home against Minnesota, which could be a program-defining win.

The Iowa Hawkeyes are always in the middle of the pack for the Big Ten West crown. They’ll make some noise this year, but will not finish over our top two teams. Spencer Petras will take the snaps under center this year, taking over for longtime quarterback Nate Stanley.

Petras will have multiple weapons, as the Hawkeyes boast the dynamic duo of Ihmir Smith-Marsette and Tryone Tracy, Jr. at receiver. Running back Tyler Goodson will also help out in the Iowa backfield.

Kirk Ferentz is the longest tenured head coach in the Big Ten. He’ll have another solid team this year, but it won’t be enough to take the division crown. They Hawkeyes will upset the division favorite Wisconsin at home, but Iowa will also fall at home to Nebraska, and lose on the road to Penn State and Minnesota.

“Ski-U-Mah” and “Row The Boat.” It’s not hard to root for P.J. Fleck and the Minnesota Golden Gophers. Minnesota will actually be hosting College Gameday as the Big Ten kicks off its season. The Gophers start off hosting Michigan at home in Minneapolis.

Returning receiver Rashod Bateman is a stud and viewed by many as a high pick in the 2021 NFL Draft. He originally opted out of the 2020 season, but decided to come back in after reviewing the league’s testing procedures. The Gophers are for real again this year, and should be able to score on anybody with the connection of Bateman and quarterback Tanner Morgan.

Minnesota will need guys to step up defensively though, especially after losing six starters from last season. We have the Gophers losing two games – one to division favorite Wisconsin, and one on the road in Lincoln against the Nebraska Cornhuskers.

This shouldn’t come as a surprise, but our Big Ten West preseason division champion honor goes to the Wisconsin Badgers. What can we say? Paul Chryst has done a fantastic job since taking over in Madison back prior to the 2015 season and always has the Badgers right on the fringe of playoff contention. This year should be no different, as Wisconsin still is extremely explosive on both sides of the ball.

There’s no more Jonathan Taylor in Madison. But fear not, Badger fans! As Bill Connelly of ESPN mentioned, Wisconsin has a power trio – with Nakia Watson, Garrett Groshek, and Jalen Berger succeeding Taylor. Quarterback Jack Coan will target receiver Kendric Pryor often as well, as the Badgers are poised for a very strong offensive season.

Wisconsin also is set up very well defensively. As Connelly noted, the Badgers are deep at safety with both Eric Burrell and Scott Nelson, who missed all of 2019 with a recurring leg injury.

The Badgers are stacked this year, and may be a legit top-10 football team when it’s all said and done. Although they’ll fall victim to Kinnick Stadium and Iowa on Dec. 12th, spoiling its playoff hopes, Wisconsin is set up perfectly for yet another trip to Indianapolis for the Big Ten title game.