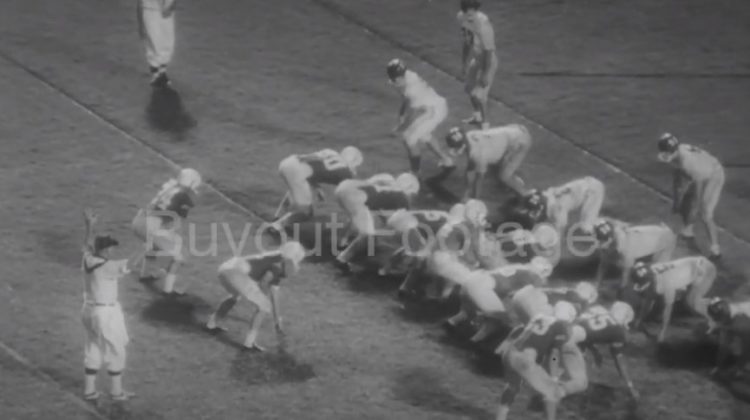 In the 10-year span from 1961 to 1970, Southwestern Conference foes Texas and Arkansas met six times as top-10 teams. One of those came on this day 60 years ago.

For more than 59 minutes, the contest featured only a field goal. In the end, a last-minute touchdown was the difference as Texas prevailed, 7-3.

Ranked No. 1, Darrell Royal’s Longhorns had allowed just 27 total points through their first four games. Frank Broyles’ seventh-ranked Razorbacks were averaging better than 36 points per contest and had scored at least 28 in every game.

A Drive for the Ages

In a matchup of teams with the different strengths, the defenses dominated for three quarters. Tom McKnelly’s 41-yard field goal in the second period had accounted for all the scoring.

Leading 3-0, Arkansas had stopped Texas all day. With eight minutes to go from their own 15-yard-line, the Longhorns mounted a drive for the ages.

Arkansas finished with 215 yards to 204 for Texas. With the game on the line, the Longhorns went the distance in 20 plays.

Royal’s team had long been known for its ground attack, but on a drive that took nearly seven and a half minutes off the clock, Johnny Genung and Duke Carlisle made big throws. Tommy Ford finished with just nine yards rushing on six carries, but powered the final three for the touchdown to put Texas in front with just 40 seconds remaining.

Mistake-free behind center, Carlisle sealed the game on the defensive side by intercepting a pass from Arkansas’ Billy Moore. For the second straight year, Texas defeated the Razorbacks.

For Arkansas, the loss would serve as its lone blemish of the regular season. The Razorbacks went on to fall to Ole Miss in the Sugar Bowl to finish 9-2 and No. 6 in the polls.

Following the big-time win over Arkansas, Texas would play lowly Rice to a 14-14 tie. The Longhorns fell from No. 1, but finished the regular season 9-0-1. They ultimately were defeated by LSU in the Cotton Bowl, 13-0.

As it did so often, the 1962 contest between Texas and Arkansas would decide the Southwest Conference. The Longhorns claimed that crown, thanks to a late touchdown run to cap a 20-play drive on this day six decades ago.