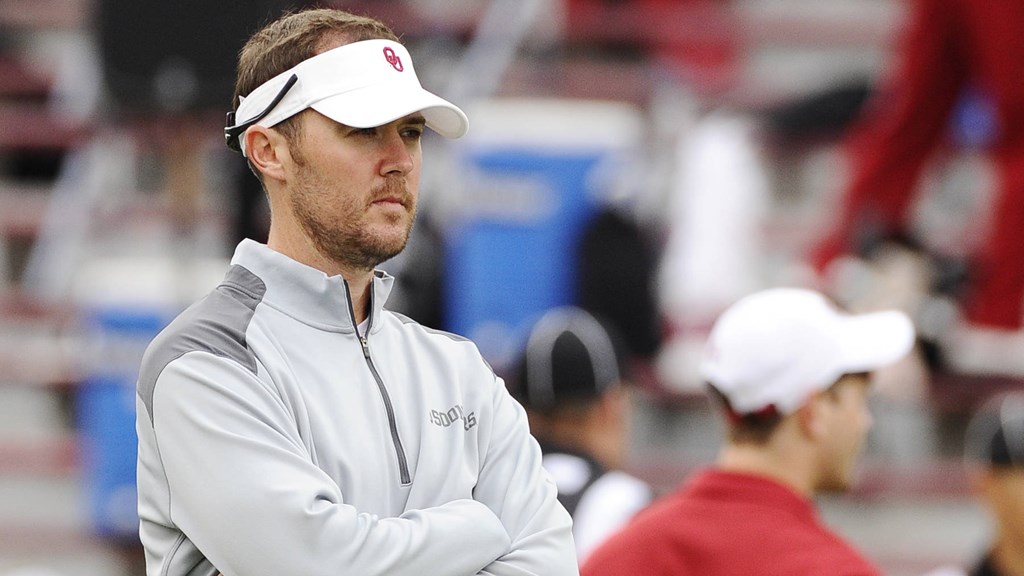 After Oklahoma lost on Saturday to Oklahoma State, head coach Lincoln Riley dismissed rumors of him leaving for LSU.

Well, he was right.

Instead, he has accepted a job to be the next head coach at USC.

To say the least, the news was shocking. Riley finished with a 55-10 record in five seasons at Oklahoma. In three of those five seasons, the Sooners won the Big 12 and advanced to the College Football Playoff.

In a year where the coaching carousel has been nonstop, yet another big-time job has opened.

Historically, Oklahoma is one of the best programs in college football, and its recent success can back that up. The Sooners have dominated the Big 12 of late, and Texas being down has made things a lot better when it comes to competition on and off the field.

So, why would Riley want to leave Norman? Well, the Sooners recently accepted a bid to join the SEC, which is traditionally regarded as the nation’s toughest conference. Joining the SEC will mean much more competition for recruits, and on-field success will be more difficult.

Joining the league will certainly put a lot more money in Oklahoma’s pockets, but it also means that winning will not come as easy.

This is one of the best jobs in the country and will attract tons of attention nationally. Still, the Sooners will be working from behind to find their next head coach, thanks to the craziness of this carousel.

Joining the SEC means that Oklahoma might want someone with experience in that conference. Stoops has that, and has completely transformed the brand of Kentucky football.

How? He has been consistent and has recruited at a high level. Now, imagine taking those things and implementing them at a place like Oklahoma.

On top of that, the connections to Norman are there. His older brother, Bob Stoops, was the legendary head coach of the Sooners from 1999 to 2016. For Oklahoma, it will be hard to turn down a member of the Stoops family, and for obvious reasons.

Will Stoops be willing to leave the comfort of Lexington for Oklahoma? Who knows, but it will not be easy to leave something he has spent so long building.

His name alone makes him a candidate, and his track record should make him an even more attractive one.

Beamer shot down rumors of leaving South Carolina after being pressed on the Virginia Tech opening early in the year. It seems as if Beamer is committed to building his own legacy at South Carolina, or at least that is what his words indicate. The logistics to this might not make sense, but Oklahoma is a job that you listen to.

Beamer was one of the most highly-touted assistants in the country at Oklahoma, which is where he was before being named head coach at South Carolina. Beamer has connections to Oklahoma, and exceeded expectations in a sticky situation in Columbia this year.

He still has yet to write his story as a head coach, but like Riley, he is young and has already built a name for himself.

Currently wrapping up his first season at Tennessee, Heupel was instantly one of the names thrown around when the news initially broke that Riley was headed to USC.

Why? Well, Heupel was on staff at Oklahoma from 2006 to 2014. His connections to Oklahoma go way beyond that, however.

In 2000, Heupel was the starting quarterback for Oklahoma. That season, he came in second place in Heisman Trophy voting and helped lead the Sooners to a national championship.

Will there be interest from Heupel? One would have to think so.

Would there be interest from Oklahoma? That is the biggest question.

Tennessee soared past expectations this year under Heupel. Expect his name to be right in the middle of this search.

Before Brent Venables was helping Clemson win national titles as an assistant, he was actually doing the same thing with Oklahoma.

Venables was on staff for the Sooners from 1999 to 2011, where he was a big part in the 2000 national championship season. At Clemson, he has continued that same success,

Due to his unbelievable resume as an assistant, he has had his fair share of opportunities to become a head coach. Most recently, he was in the mix for the Auburn head coaching job before the Tigers opted to hire Bryan Harsin.

Would Venables shoot down a monster job like Oklahoma to stay at Clemson as defensive coordinator? The opportunity at Oklahoma would also be hard to turn down.

On Sunday afternoon, ESPN’s Adam Schefter reported that Kingsbury was a candidate for the job. The former Texas Tech head coach has excelled in the NFL where the Arizona Cardinals currently own the league’s best record at 9-2.

How the rest of the season goes for Arizona could be telling as to what Kingsbury wants to do.

Still, his contract expires this offseason, so anything is possible. Could Oklahoma get into a bidding war with the Cardinals or any other NFL team?

It certainly is a possibility, especially if Kingsbury is open to returning back to the college game.