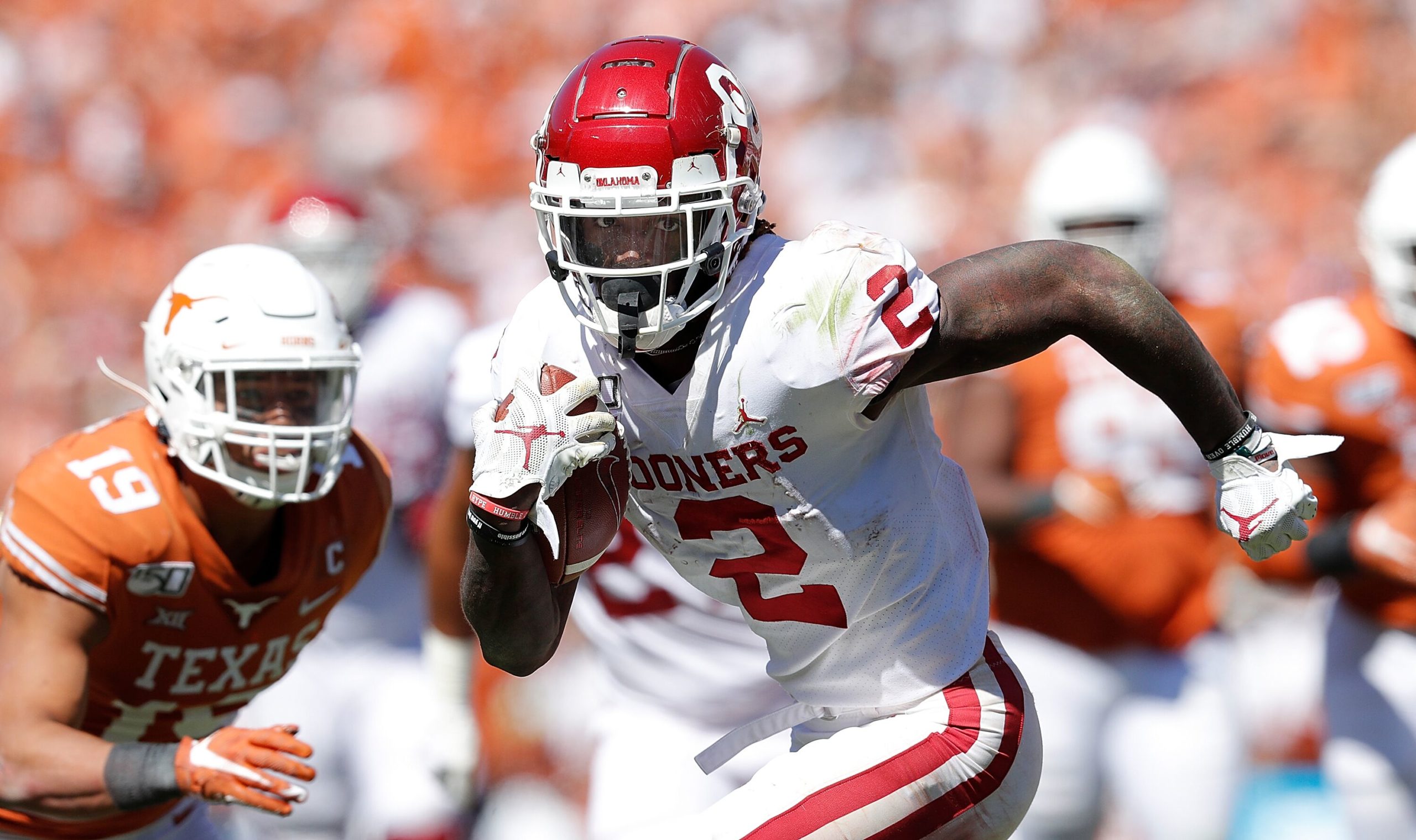 From the moment he first stepped foot on Owen Field, CeeDee Lamb had shown his potential to be the next star wide receiver in the NFL. Now, after a spectacular junior campaign, Lamb now has the chance to be a top-10 pick in the 2020 draft.

Standing in at 6-foot-2 and 192 pounds, Lamb has the perfect build to be a star at the wide receiver position. He has the speed to burn corners, who dare to cover him in single coverage. Lamb can also make the most difficult jump-ball catches look easy.

He is absolutely explosive with the ball and can maneuver around defenders with ease. He is able to change his tempo in an instant and is elusive enough to turn a short screen pass into a big gainer.

Lamb was unstoppable for the Sooners in 2019, recording 1,327 receiving yards and 14 touchdowns on 62 receptions. That included an absurd 21.4 yards per catch average.

Week after week, Lamb was the target that always made the big plays and came through for the Sooners. He proved himself as a big-game player during the Big 12 Championship, where he toasted Baylor to the tune of eight receptions and 178 yards in a 30-23 Oklahoma victory. For his efforts, Lamb was named the game’s MVP.

The most impressive part of the 2019 season could arguably be how seamlessly he and grad-transfer quarterback Jalen Hurts meshed together. It was as if they connected instantly upon Hurts’ arrival in Norman.

But, that’s not entirely a surprise, as Lamb had a new quarterback each season he has played in Oklahoma. Lamb played with Baker Mayfield in 2017 and Kyler Murray in 2018, having perfect chemistry with his quarterback in each of those seasons. Lamb was a big reason each of those two went on to win the Heisman Trophy. Last season, Hurts finished second to record-breaking LSU quarterback Joe Burrow.

As for career totals, Lamb ranks third in Oklahoma history with 3,292 receiving yards, second in school history in touchdowns with 32 and sixth all-time in receptions with 173.

CeeDee Lamb has the look of a young Julio Jones. They’re both absolutely explosive and can blow past the average corner; they’re both elusive enough to get around defenders who dare to get in their way and they’re able to make insane leaping catches.

Both Jones and Lamb are able to make defenders miss with their speed and their elusiveness and can turn broken plays into touchdowns. They are the kind of players that can absolutely change the outlook of an offense, which is why Lamb is the best wide receiver in this year’s draft.

This brings up the question: Where will CeeDee Lamb go in the 2020 NFL Draft and where would he fit the best?

The fit that makes the most sense to me would be the New York Jets at pick No. 11. They seem to be the most wide receiver-needy team in the top third of the draft. The Jets also have a massive hole to fill with the departure of Robby Anderson.

Lamb can fill Anderson’s shoes and then some. He will easily become the best receiver that quarterback Sam Darnold has had in his arsenal for his career. Drafting Lamb would open up the Jets’ playbook even more.

In Miami, Adam Gase loved running bubble screens with Jarvis Landry. As head coach and playcaller of the Jets, Gase would be able to use Lamb, who has that same explosiveness and elusiveness as Landry, in a similar role.

In addition to that, Lamb also allows Darnold to feel more comfortable throwing the deep ball. With Lamb, the former USC quarterback would have a receiver that can make big plays. Lamb has the speed to get behind defenders and the athleticism to win the “50/50” balls.

The Jets are in a division that has a murderer’s row of defensive backs. Miami now boasts Byron Jones and Xavien Howard. Buffalo and New England have Tre’Davious White and Stephon Gilmore, respectively. The Jets are in need of a big-game receiver who can challenge those corners, and Lamb is the guy that fits.