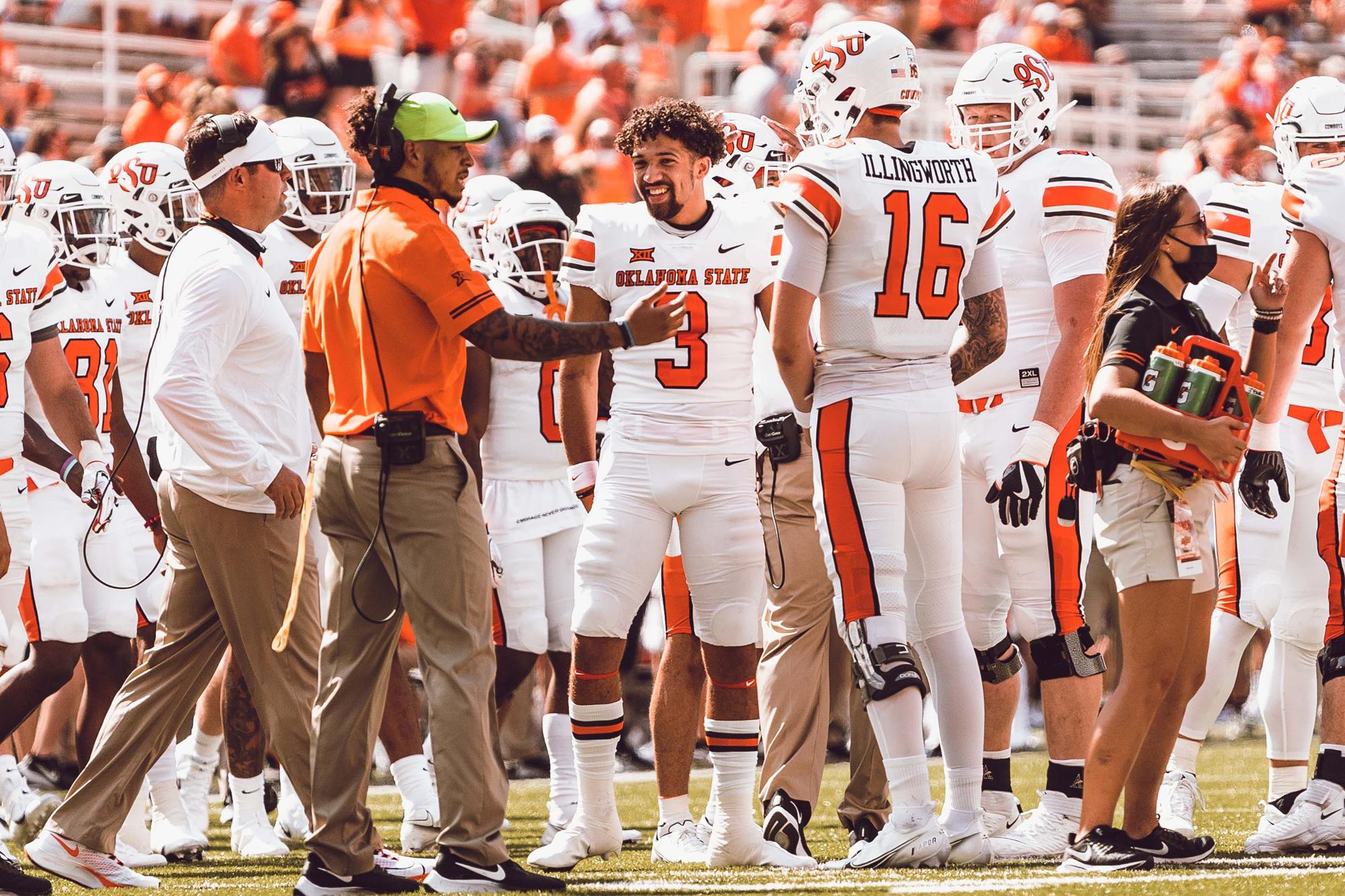 The Oklahoma State quarterbacks room is a signal caller light following the transfer of Shane Illingworth.

Illingworth entered the portal earlier this week after two years in Stillwater. Although he played behind Spencer Sanders, Illingworth showed potential in his limited reps.

Many would have liked to see Illingworth more in Stillwater, but times change. Assuming he goes anywhere other than Oklahoma, he’ll likely still get a healthy amount of support from the Cowboy faithful.

Here’s a look some cool potential fits for the 6-foot-6 quarterback:

With Ed Orgeron out and Brian Kelly in, now is the time for the new head coach to find his quarterback. LSU fans act like it’s been centuries since Joe Burrow broke records and won the Heisman Trophy. That works in Illingworth’s favor.

With the Tigers’ recent struggles behind center, Illingworth could come in and compete right away. Former LSU quarterback, Max Johnson, just transferred to Texas A&M and left Kelly with only freshmen.

LSU is the definition of cool with the “STTDB” chant and notable alumni such as Odell Beckham Jr., Shaquille O’Neal, and so on. This would be a great place for Illingworth to show off his immense talent.

With Sam Howell off to the NFL, Illingworth could come in and compete right away. Head coach Mack Brown isn’t getting any younger and the Tar Heels are looking to compete for the ACC crown now.

With Howell and Pittsburgh’s Kenny Picket gone, Illingworth could immediately be one of the best signal callers in the ACC Coastal. The backdrop at Keenan Stadium is also one of the best views in the country.

USC tops the list and makes the most sense. First-year head coach Lincoln Riley left Norman in the middle of the night for the USC job and is known for his ability to develop quarterbacks. A native of California, Illingworth was known as the “California Cowboy” in Stillwater.

Time will tell whether Caleb Williams will follow Riley, but with Illingworth’s family in California and Riley looking for his next Heisman Trophy project at quarterback, this would make the most sense.