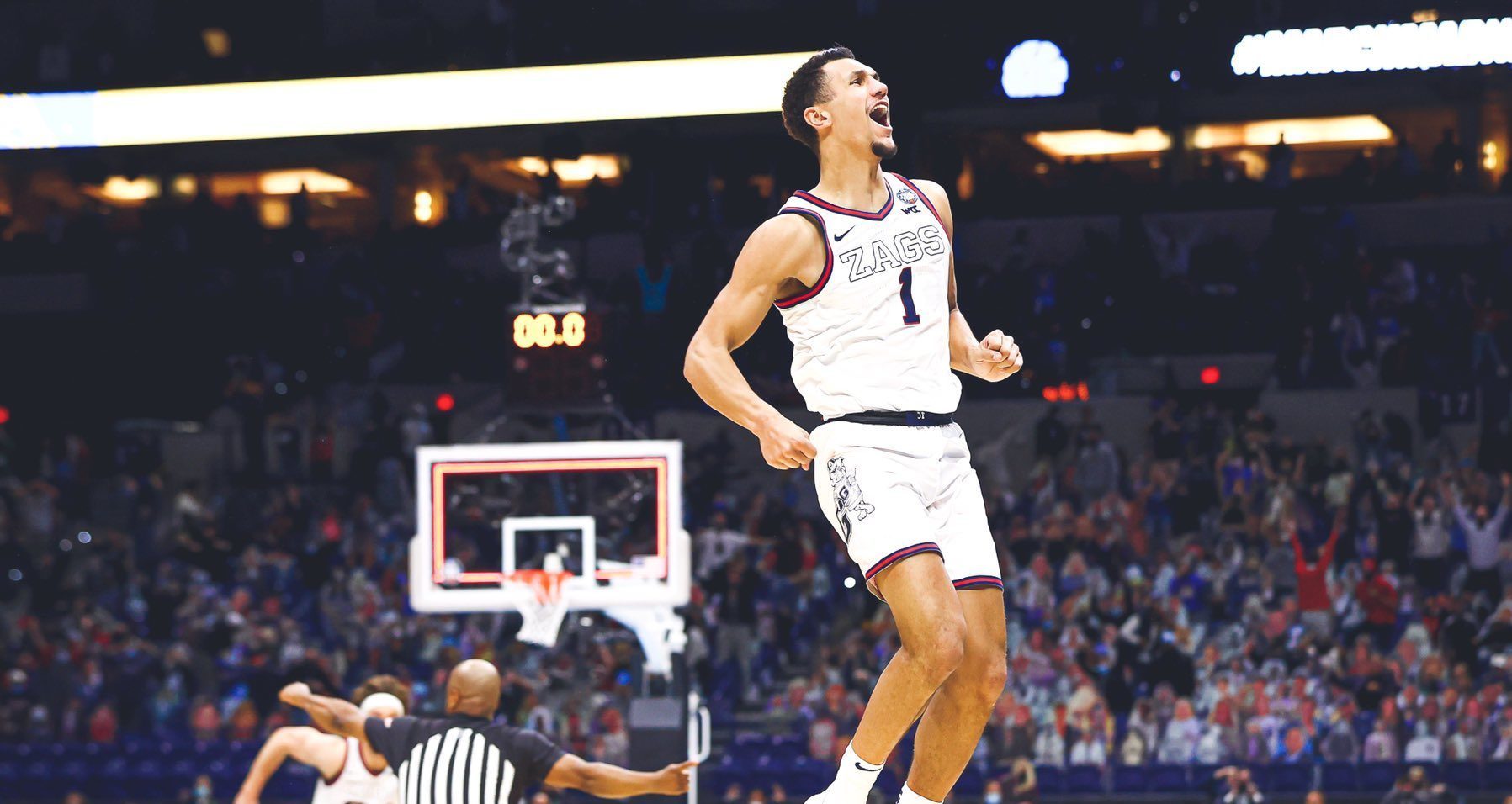 Back in early August 2020, there was a sense of uncertainty.

A sense of uncertainty not only to play, but the amount of testing available, protocols in place, state capacities, and of course, what this season would look like.

We were approaching college football season when the Big Ten and Pac-12 announced their seasons had been postponed. It didn’t even look like we were going to get football. We certainly weren’t going to get basketball.

Sometimes we don’t even know how we got here, but man, aren’t we glad we did?

It’s gone by like a flash, as quick as a cat, and now, we’re about to crown a champion.

When the top two seeds meet in Monday night’s national championship game for the first time since 2005, we all hope for an instant classic. Something that’ll deliver. Something that’ll be the ripest possible cherry on top of the most difficult season in college basketball history.

Where: Lucas Oil Stadium, Indianapolis, IN

A Quest for Perfection

You always want a brilliant national title game, but not many can top the game we just watched.

The No. 1 overall seed has been dominant all year long, as the Gonzaga Bulldogs had won 27 straight games by at least double digits prior to their thrilling 93-90 overtime victory vs. No. 11 seed UCLA in Saturday night’s Final Four. It’s arguably one of the greatest games in college basketball history — most certainly in the tournament. It also encrusted a young man’s name into the history books of college hoops for the rest of his life.

Jalen Suggs played hero in the ‘Zags’ victory, banking in a 40-footer at the buzzer in overtime to propel Gonzaga over UCLA. The game had everything one could hope for: 19 lead changes, 13 ties, high-drama, big-time shots. It had it all.

Gonzaga breezed through the thin and weak West Coast Conference like no one’s business before locking up that No. 1 overall seed. 22nd-year head coach Mark Few’s team has looked untouchable throughout the season, and the Bulldogs will try to continue that overall theme when they embark on their second ever national championship game appearance, seeking their first national title.

In reality, we are seeing an all-time team here with how much talent the ‘Zags possess. They arguably hold three of the 15 best players in all of college basketball in Drew Timme, Corey Kispert, and Jalen Suggs. When have we seen that before?

It’s an embarrassment of riches for the Bulldogs, who are the clear cut favorite in Monday’s match-up.

All the pressure is on Gonzaga, it seems. The Bulldogs were picked to win it, and if they do, they’ll be the first undefeated team to win the national championship since Indiana in 1976. Heck, 16.1% of ESPN brackets predicted this match-up to happen.

They’ll have quite possibly their greatest challenge in the final though, and that’s how it should be. The No. 2 overall seed Baylor Bears will be a hungry bunch when tip-off commences. They’ll look to deny Gonzaga a perfect season and win their first-ever national championship.

It’s the first title game for Baylor since 1950, and it’s no fluke how it got here.

Scott Drew’s Bears were also hard to touch this season on the hardwood, only suffering losses to then-No. 17 Kansas, and Oklahoma State in the Big 12 Tournament.

Do they match up well against a Gonzaga team that hasn’t been challenged all that often this season? You be the judge.

Guards Jared Butler, MaCio Teague, and Davion Mitchell are all seen as elusive threats and one of the better trios in the country at the position.

Baylor plays an 8- or 9-man rotation, and we’ll see a plethora of bigger guards man the floor for the Bears. It was a shocker to see Drew’s team not win the gauntlet of the Big 12 after breezing through the conference, but it’s no surprise to see them competing on Monday night.

They’re here and they belong. They’ll give Gonzaga a game too — just as UCLA did.

It’s going to be a shootout. Two offensive powers battling it out for the title? Absolutely.