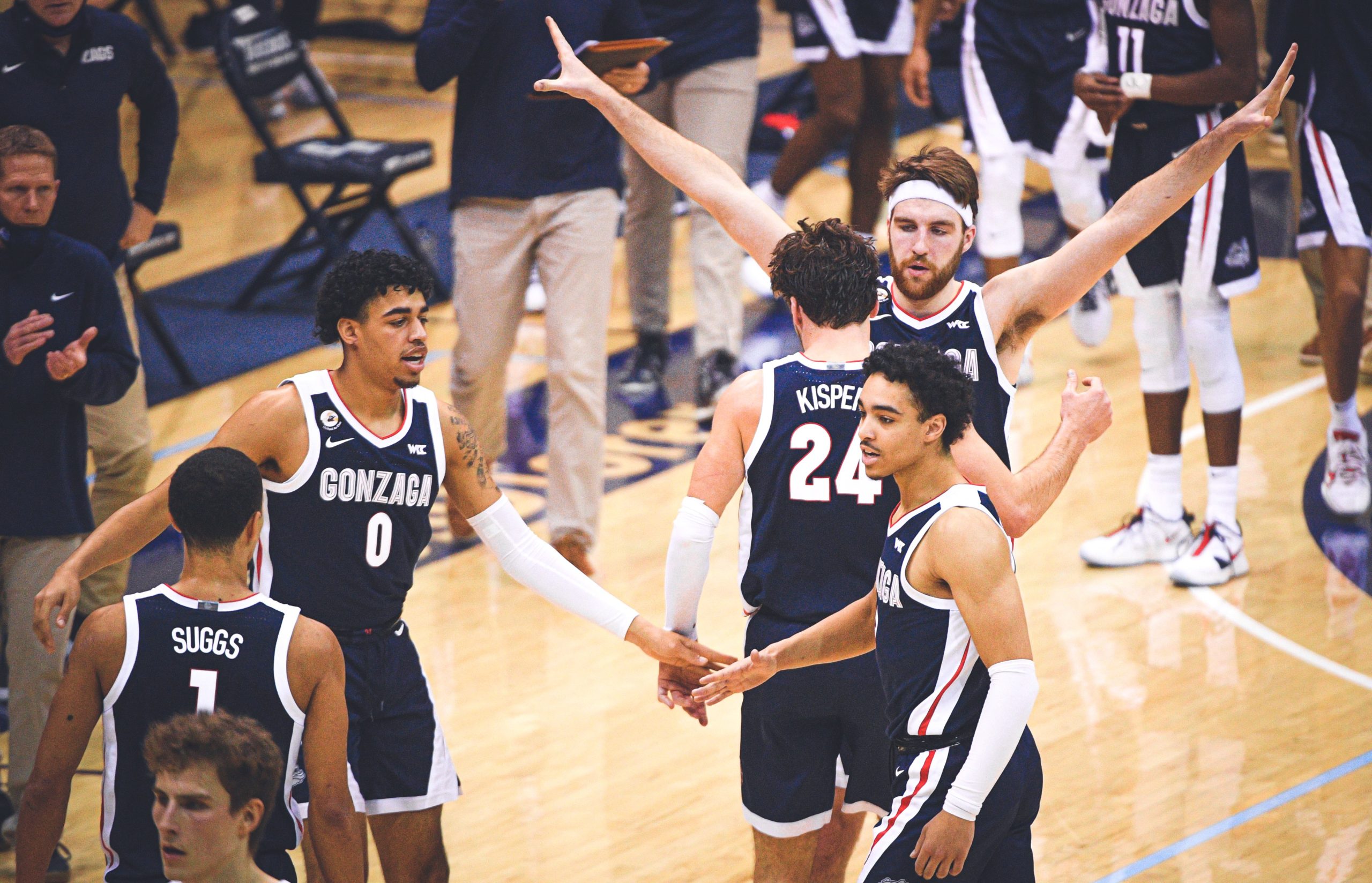 Most of the top teams in the country have beaten up on each other, but two teams remain undefeated at the top.

Gonzaga and Baylor have elevated themselves so far above the rest of the competition that they have been the undisputed best two for months.

The question on college basketball fans’ minds are whether either can be beat.

For No. 1 Gonzaga, the odds are favorable that it will run the table through Selection Sunday, given the competition.

Second-ranked Baylor is favored in the rest of its games as well. Nobody has put together a promising performance over a 40-minute span against the Bears, so they certainly are headed in that direction.

If they both indeed end up going into the NCAA Tournament undefeated, it is far from a set championship match-up. This is simply because of the amount of variance that can occur over a March Madness setting.

However, what and how much will it take and what in specific is necessary to bring them down to earth? Let’s look deeper into it:

Is This Truly Unprecedented Dominance?

In short, this type of dominance has not happened in a long time.

BARTHAG is a metric designed by Bart Torvik to determine a given team’s chance at beating an average Division I roster. Gonzaga and Baylor are given 97.81% and 97.08% chances, respectively.

Compared to Michigan, Torvik’s third-ranked team, Baylor has a 1.33% advantage.

The last time the difference was that large was the 2011-12 season. This was a Kentucky national championship year, led by Anthony Davis and Michael Kidd-Gilchrist.

No.1 Kentucky, No. 2 Ohio State, and No. 3 Michigan State had almost identical BARTHAG ratings to this season’s top three.

The only difference was they were both defeated in the regular season. In fact, the Big Ten was so strong that year that Ohio State entered the NCAA Tournament with seven losses.

The Big 12 is certainly a strong conference this year which leads one to believe that somebody will catch Baylor. Gonzaga, on the other hand, is a double-digit favorite against any West Coast Conference opponent at any site.

How Can Baylor Be Caught?

Torvik projects that Baylor finishes the regular season 24-2. The Bears are a projected winner in each game individually, but the odds are against them enough so that they are expected to lose a couple times.

The biggest threats to them in the Big 12 appear to be West Virginia, Texas, and Kansas. Of those three teams, the Mountaineers seem to be the best bet to beat them.

A fact about Baylor you may not know is that it is not a great defensive rebounding team. The Bears are actually ranked 246th in the country in that respect.

West Virginia has meanwhile feasted on the offensive boards. The absence of Oscar Tshiebwe may loom large but Derek Culver is averaging a double-double.

Overall, the Mountaineers are second among power conference teams with 14.1 offensive rebounds per game. Their backcourt, featuring 6-foot-2 sophomore Miles McBride can compete with anybody in the country. Plus, West Virginia is second in the Big 12 in the wins above bubble performance metric this season.

How Can Gonzaga Be Caught?

The dominance of a top football team is always vastly different from a top basketball team. But this Gonzaga team is a lot like Nick Saban’s Alabama squad, in that it has three of the top players in the entire country.

When it comes to the big dance, a team is simply going to have to get very hot from behind the arc to take down the Zags. At this point, that is the only possible method.

The Bulldogs’ weakness this year has been three-point defense. 34% is not a horrible mark to give up for many teams, but it ranks 190th in Division I.

The primary team that strikes as one that could exploit this “flaw” besides Baylor, is Illinois. The Fighting Illini have a high-caliber backcourt in Ayo Dosunmu and Trent Frazier, as well as a wing guard in Da’Monte Williams who has sunk 61% of his three-point attempts this season.

Virginia is another team that could benefit from a rematch for multiple reasons. The Cavaliers are also one of the more efficient perimeter shooting teams, at close to 40%. Virginia has made drastic defensive improvements since that 98-75 beatdown at the hand of Gonzaga in Fort Worth back in December.

Finally, the Hoos play at a slower pace which limits the possessions in the game. This makes their opponents more susceptible to upsets, which would certainly need to be the case to beat Gonzaga.

Gonzaga and Baylor is obviously the most likely national championship match-up. However, each of these teams — especially the Bears — can certainly be beat in any setting.

Nonetheless, it is still necessary to appreciate their greatness. Simply put, college basketball does not see similar dominance very often.