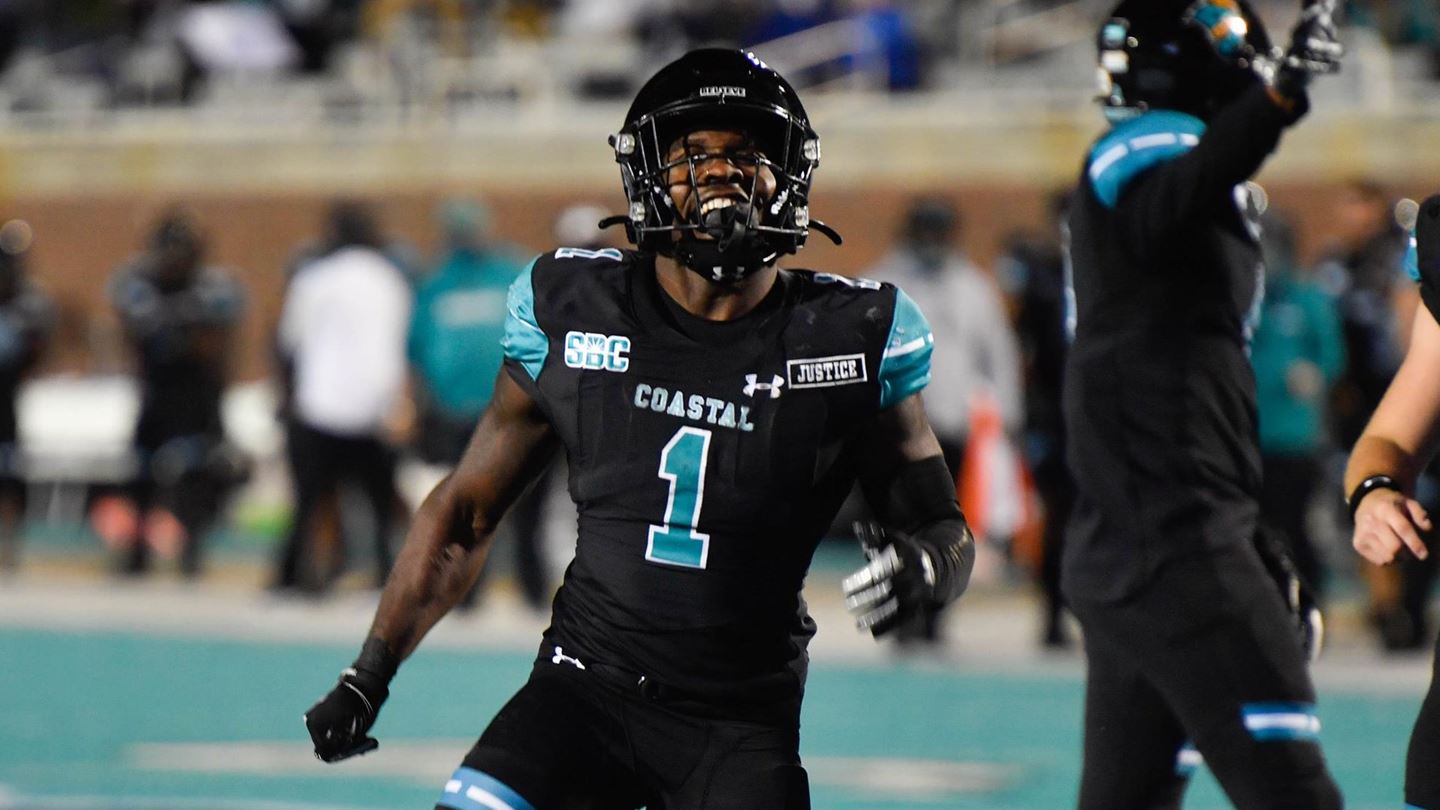 What a week we had in college football.

We had plenty of shake ups in the polls, unforeseen upsets, and Coastal chaos — if you know what we mean.

With all of that, there were of course plenty of teams that stood out as we wind down the regular season. Who were they? Let’s take a look, as we count down our top five performers for Week 14.

There were so many teams that could’ve had this spot – you can see those teams if you scroll down to our “Honorable Mentions” – but eventually, we decided we had to go with Ohio State.

The Buckeyes needed to play if they wanted to have a shot to play in the Big Ten Championship — or so we thought. Badly. They did just that, steamrolling the up-and-down Michigan State Spartans, 52-12.

Ohio State did all that without its head coach. Ryan Day was finishing up his quarantine period after testing positive for COVID-19 a little over a week prior, and associate head coach Larry Johnson stepped in as the interim coach for the Buckeyes.

It wasn’t just Day that Ohio State was missing. Three additional assistants did not make the trip to East Lansing. That made the task even harder for these rusty Buckeyes.

That was no problem for Justin Fields though. The Heisman Trophy hopeful at quarterback went off, throwing for just shy of 200 yards and recording four all-purpose touchdowns in the win. The Buckeyes’ defense however, shined brightest.

Turnovers were yet again a problem for the Spartans, as they had been all year for this pretty bad offense. The Ohio State defense tallied four takeaways, and carried that to a pretty easy win up in East Lansing.

We’ll see if the Buckeyes play a game this weekend. We know it won’t come against Michigan.

For the third straight week, the Iowa State Cyclones are among our top performers.

This is well deserved too. Following a big win at Texas, the Cyclones routed a solid West Virginia team 42-6 in Ames and secured a spot in the Big 12 title game — their first ever. The Cyclones have a second date with Oklahoma on the horizon.

Star quarterback Brock Purdy continues to impress by going 20-for-23 and putting up a total of 285 yards and four total touchdowns.

Then you got Breece Hall. The Heisman dark horse added another touchdown for the Cyclones as Iowa State had control of this one from the start.

A 23-point underdog on the road? No, thank you. Win by 20 on the road against a ranked team? Yes, please.

That’s just what the Rice Owls did, as they stunned the 21st-ranked Marshall Thundering Herd 20-0 in Huntington.

It was a huge day for the Owls’ defense. Rice held the Herd scoreless for the first time since 2000 as Marshall quarterback Grant Wells was under pressure all day, throwing a whopping five interceptions in the defeat.

It wasn’t even like Rice had a fantastic day offensively. The Owls’ offense only put up 13 points, only for Naeem Smith to put the exclamation point on the win with a 36-yard interception return to the house with less than eight minutes left to play.

Rice’s leaders in passing, rushing, and receiving all had under 100 yards. But the lockdown Owls’ defense may have saved their season with a huge upset win, spoiling Marshall’s bid for an undefeated campaign. Rice rolled out of Huntington with a record of 2-2.

Tom Allen is doing a remarkable job coaching up the Indiana Hoosiers, and it showed again this past weekend as they went up to Madison and beat Wisconsin 14-6 in a slug fest with their backup quarterback.

It was an ugly one as far as offense goes. Jack Tuttle stood in at quarterback for the Hoosiers strong though, as he threw for 130 yards and two touchdowns. He’ll need to continue to lead this team with star quarterback Michael Penix Jr. out for the year with a torn ACL.

Indiana just found a way to win. Not only did the Badgers outgain the Hoosiers by 125 yards, but they had four more first downs, and dominated the time of possession.

Good teams find a way to win though, and Indiana did just that as it left Madison with an 8-point victory.

How about the Chanticleers?

Originally scheduled to play Liberty, that game was cancelled due to COVID-19 issues within the Flames program. Long behold, Coastal Carolina got a phone call that day after the cancellation. On the other end was BYU.

The two programs scheduled the game just days ahead of kick, and it was a match-up the whole country was waiting for as two unbeaten top-20 under-the-radar teams squared off on the gridiron.

This one was a thriller, and may be considered the game of the year to this point. It was the most viewed game on ESPNU since 2015. College GameDay was in the house as well, so that should tell you the magnitude of this game.

BYU found itself up 14-13 at halftime after Tyler Allegier went off for a 42-yard scamper into the end zone that put the Cougars up towards the end of the first half. Coastal running back CJ Marable had other plans though, as he put the ‘Chants on his back rushing for two touchdowns, including the go-ahead score with just over 11 minutes to play.

This one became a classic in the end. BYU drove down the field in the final minute of the game. The Cougars reached the 18-yard-line before one final play where Zach Wilson’s pass to Dax Milne ended up with the Cougars falling just a yard short of the end zone. The stop gave Coastal Carolina a humongous win under Jamey Chadwell.

The ‘Chants pulled it off as the “Mullets” edged the “Mormons”.