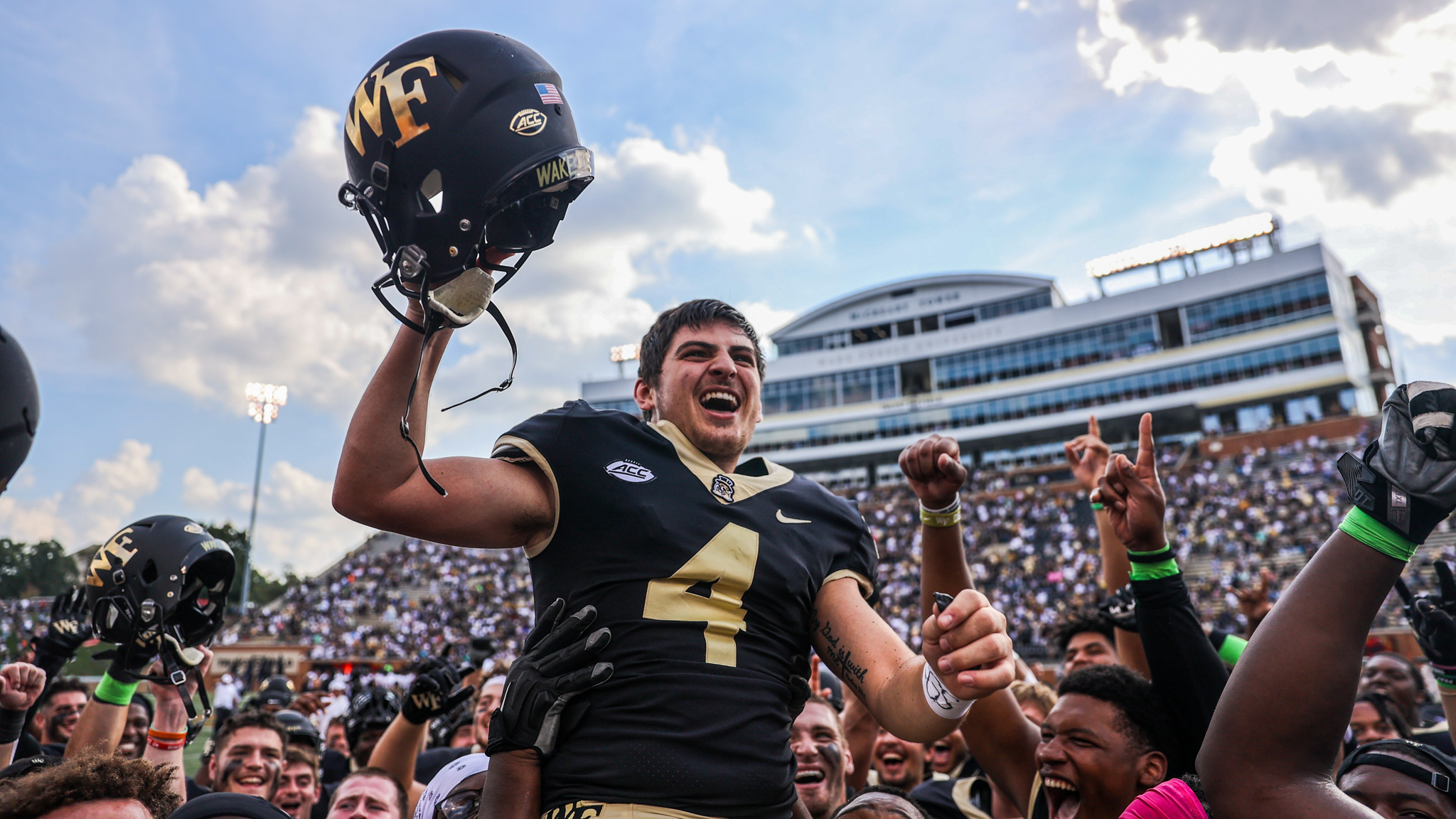 In the offseason, we told our 50,000 Twitter followers on CFBHome that we deserve a 2007-type season.

With all that we went through with the shortened 2020 COVID-19 season, college football fans deserve some chaos. Outside of Alabama and Georgia, we are getting exactly that.

The Clemson Tigers are entering Week 6 of the season unranked in the AP Poll. It’s the first time since 2014. In Week 5 alone, we had nine ranked teams lose.

For those who do not find this chaos exciting, college football may not be for you. In what will be a 2-part series, we’ll look at college football’s pleasant surprises and huge disappointments through five weeks.

The first will focus on the positive of the chaotic side. We are going to give you three teams that are soaring past preseason expectations:

According to the ACC preseason poll, Wake Forest was picked to finish fifth in the Atlantic division. The Demon Deacons started nowhere near the top 25.

Entering Week 6, the Demon Deacons are 5-0 and ranked No. 19 in the AP Poll. Wake Forest fans will tell you that this feels eerily similar to the 2006 season when they shocked the nation and won the ACC. If you didn’t know, Wake Forest is the smallest Power 5 school in terms of enrollment. That makes what Wake Forest is doing all the more impressive.

Head coach Dave Clawson has done an unbelievable job building the program since he began in 2014. When he took over in Winston-Salem, Wake Forest had only three bowl game wins this millennium. Clawson has already exceeded that during his tenure.

Starting quarterback Sam Hartman deserves a lot of praise so far this season as well. He has thrown for 11 touchdowns and only two interceptions. This may sound crazy to say, but Wake Forest is the best hope the ACC has right now for a College Football Playoff bid.

Second-year head coach Mel Tucker has Michigan State undefeated and ranked No. 11 in the AP Poll entering Week 6. Guess where the Spartans were picked to finish in the Big Ten media poll? If you guessed seventh — dead last — in the East division, you are correct.

In fact, Michigan State was picked behind traditional bottom-dweller Rutgers. Even though the Spartans have started off hot, it will depend how they finish. No. 7 Ohio State and No. 4 Penn State are the final two opponents of the regular season. Starting 4-0 with wins over Nebraska and Miami still has to have fans in East Lansing very excited about the future.

We all know Georgia has been no stranger near the top of the polls under head coach Kirby Smart, but this season just feels different. The 37-0 shutout of No. 8 Arkansas, who had also been a pleasant surprise, on Saturday was nothing but impressive.

In five games, the Bulldogs have allowed just 23 total points and only one offensive touchdown. With Georgia, it seems like we are just waiting for the inevitable showdown with Alabama in Atlanta.