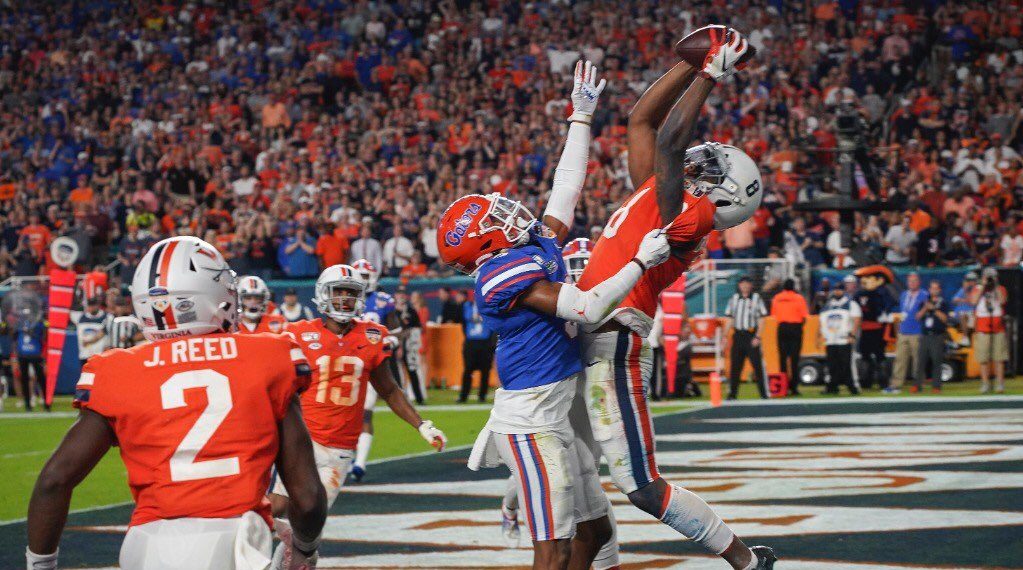 Somewhat the opposite of the 2000s, the ACC Coastal was regarded as the weaker division in the conference during the 2010s. Teams from the Coastal claimed just one conference crown, but there were still some notable seasons.

Here’s a look back at the best season of the decade for every ACC Coastal division team:

Record: 10-4, lost to Texas A&M in Chick-fil-A Bowl, 52-48
Final Ranking: No. 23 AP; No. 22 Coaches
Key Players: Jamison Crowder, WR; Kelby Brown, LB; Jeremy Cash, S
Overview: When head coach David Cutcliffe arrived at Duke in 2008, the Blue Devils had suffered through 13 straight losing seasons. That streak continued through Cutcliffe’s first five, but in 2013, the Blue Devils broke through with their first 10-win season ever. After a 2-2 start, Duke won eight straight games and defeated North Carolina in a 27-25 thriller to claim the Coastal division. Duke closed the year with losses to Florida State and Texas A&M, but finished ranked for the first time since 1962.

Record: 11-3, defeated Mississippi State in Orange Bowl, 49-34
Final Ranking: No. 8 AP; No. 7 Coaches
Key Players: Zach Laskey, FB; Shaq Mason, G; Adam Gotsis, DT
Overview: During his 11 years in Atlanta, Paul Johnson’s Yellow Jackets reached the ACC Championship three times. Although Georgia Tech was unable to win the conference in 2014, it had its first 10-win season in five years. Georgia Tech capped the regular season with wins over ranked teams in Clemson and Georgia. After falling by two points to a Florida State team that had won 28 games in a row, the Yellow Jackets blasted a Mississippi State team that had spent time as No. 1 in the Orange Bowl.

Record: 10-3, lost to Wisconsin in Orange Bowl, 34-24
Final Ranking: No. 13 AP; No. 13 Coaches
Key Players: Travis Homer, RB; Shaquille Quarterman, LB; Jaquan Johnson, S
Overview: Since joining the ACC, Miami has just one 10-win season and just one appearance in the ACC Championship. Both came in 2017. After a 10-0 start that included impressive home wins over Virginia Tech and Notre Dame, the Hurricanes closed the season on a 3-game losing streak. Miami was upset by Pittsburgh in the regular season finale before falling to Clemson in the ACC Championship and Wisconsin in the Orange Bowl.

Record: 8-5, defeated Kentucky in BBVA Compass Bowl, 27-10
Final Ranking: None
Key Players: Jon Baldwin, WR; Jabaal Sheard, DE; Dom DeCicco, S
Overview: Pittsburgh finished with between six and eight wins nine times in 10 years during the 2010s. Three times, Pittsburgh finished 8-5. With the sheer amount of talent, the 2010 team squad gets the nod. In the final season under Dave Wannstedt, Pitt finished in a 3-way tie atop the Big East standings, but lost tiebreakers to both West Virginia and Connecticut. Three of Pittsburgh’s five losses came by six points or less, but it did finish the season on a high note with a 27-10 rout of Kentucky in the BBVA Compass Bowl. The Panthers joined the ACC in 2013.

Record: 9-5, lost to Florida in Orange Bowl, 36-28
Final Ranking: No. 25 Coaches
Key Players: Bryce Perkins, QB; Joe Reed, WR; Jordan Mack, LB
Overview: The 2019 season saw Virginia win the ACC Coastal for the first time and play in a major bowl for the first time since 1990. The Cavaliers clinched the Coastal division by snapping a 16-game losing streak to rival Virginia Tech. Unfortunately for the Cavaliers, they were unable to get their second 10-win season ever as they dropped contests to Clemson and Florida in the ACC Championship and Orange Bowl, respectively.

Record: 11-3, ACC champions, lost to Stanford in Orange Bowl, 40-12
Final Ranking: No. 16 AP; No. 15 Coaches
Key Players: Tyrod Taylor, QB; Jayron Hosley, CB; Davon Morgan, S
Overview: The only Coastal team to win the ACC during the decade, Virginia Tech won its third ACC title in four years in 2010. The Hokies opened the season with a heartbreaking loss to Boise State and an unfathomable defeat against James Madison. Virginia Tech rallied to win the next 11 games, capped with a 44-33 win over Florida State in the ACC Championship. The season ended with a 40-12 loss to Andrew Luck and Stanford in the Orange Bowl.