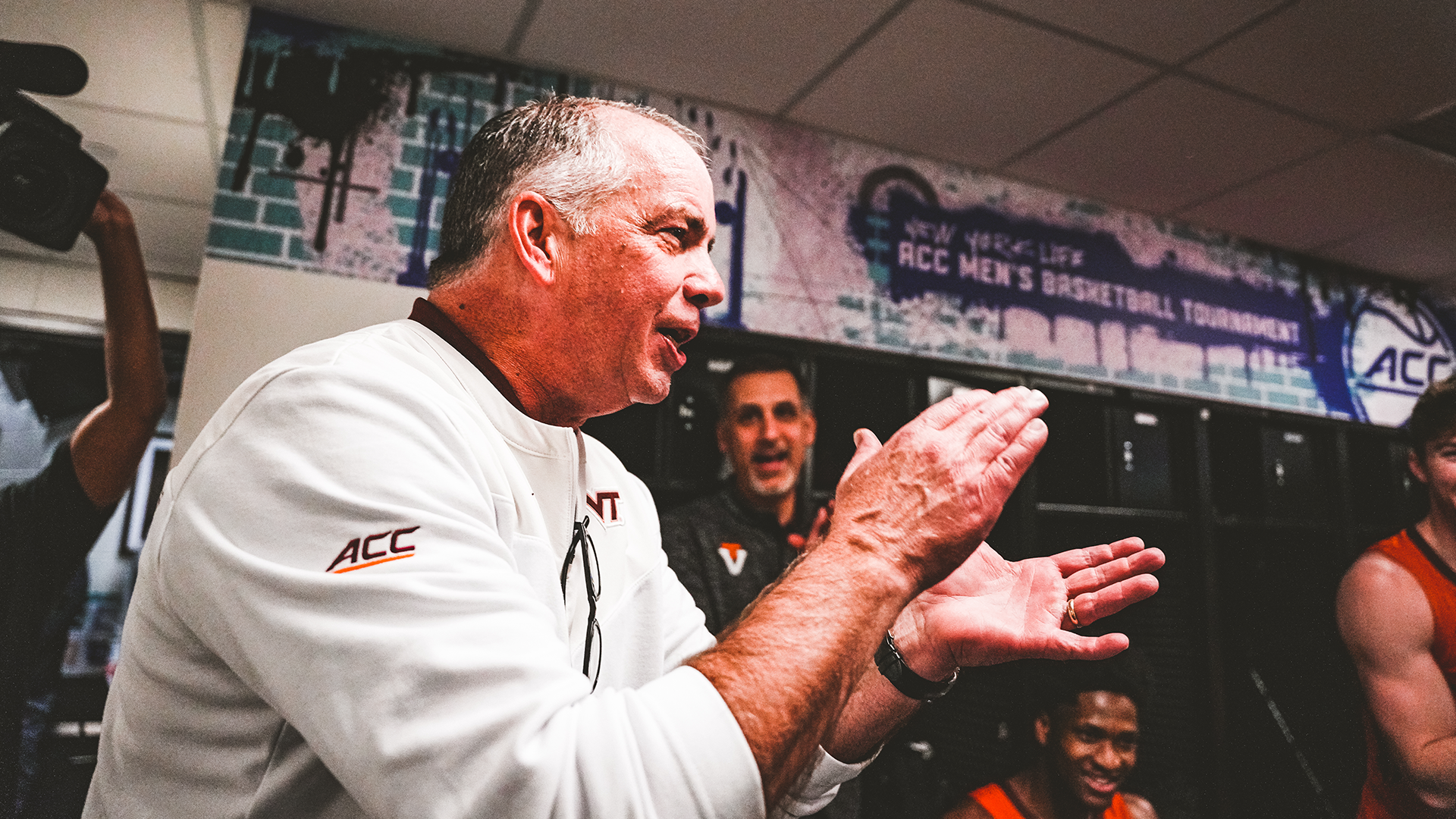 For the first time in program history, Virginia Tech basketball is playing for an ACC Championship.

Through years of being parked in the cellar of the league. Through season after season of being forgotten about in the shadows of the blue bloods, and from one of the more disappointing starts, to one of the more exhilarating finishes, the Hokies (22-12, 11-9 ACC) have made history in the 2021-22 campaign.

Now, can they finish the job? Can they lock in a bid to the big dance to avoid sweating on Selection Sunday? The top-seeded Duke Blue Devils (28-5, 16-4 ACC) want to have a say, hoping to win an ACC title in Mike Krzyzewski’s curtain call as the Blue Devils’ head coach.

Let’s turn back the clock. Yes, we know you’ve heard it a time or two. But to Virginia Tech fans, how can it not be music to your ears?

Since then? They’ve won 12-of-14, have played their way back into the conversation, and to many, have locked themselves up into the field of 68. Though to others, there’s still work to be done.

Why leave it in the committee’s hands, though, when you can just secure the automatic bid by winning the ACC?

The task will be tall, but with the way the maroon and orange have been playing, who are we to think that they don’t stand a chance?

It’s almost as if Virginia Tech is playing at a uniquely determined pace. Which quite frankly, has gotten the Hokies back in the mix.

Keve Aluma and Justyn Mutts have been superb down low. Storm Murphy has been what everyone thought he’d be at the top of the key. Nahiem Alleyne and Hunter Cattoor have been lock down defensively, while Darius Maddox, Sean Pedulla and David N’Guessan have been outstanding off the bench.

It’s all coming together for Mike Young and company at the right time.

Now can they hold off the clear cut favorite to win the ACC when it matters most?

It’s going to be a lot of fun to see.

When Virginia Tech trekked into Cameron Indoor Stadium earlier this season, the Hokies played the Blue Devils well. But eventually, a second-half surge allowed Duke to take control in its 76-65 win.

A big reason for that? Paolo Banchero.

The future NBA lottery pick had a team-high 23 points, and has paced the Blue Devils all season long by averaging 16.9 points per game and 7.9 rebounds per contest.

That’s not all, though.

You can’t forget about AJ Griffin (10.4 points per game) either all over the floor. The freshman forward arguably changed the game the last time these two squads met, adding 13 points in the 11-point win.

All the cards are on the table for Krzyzewski to take home one more league title. Now can his players come through?

What an incredibly fun matchup we have for the ACC title up in Brooklyn.

If Aluma can contain Banchero down low, the Hokies have a shot. But that’s easier said than done.

Duke will be crowned champions of the ACC in Krzyzewski’s final year at the helm, and will gear up for another NCAA Tournament run under the legendary head coach.