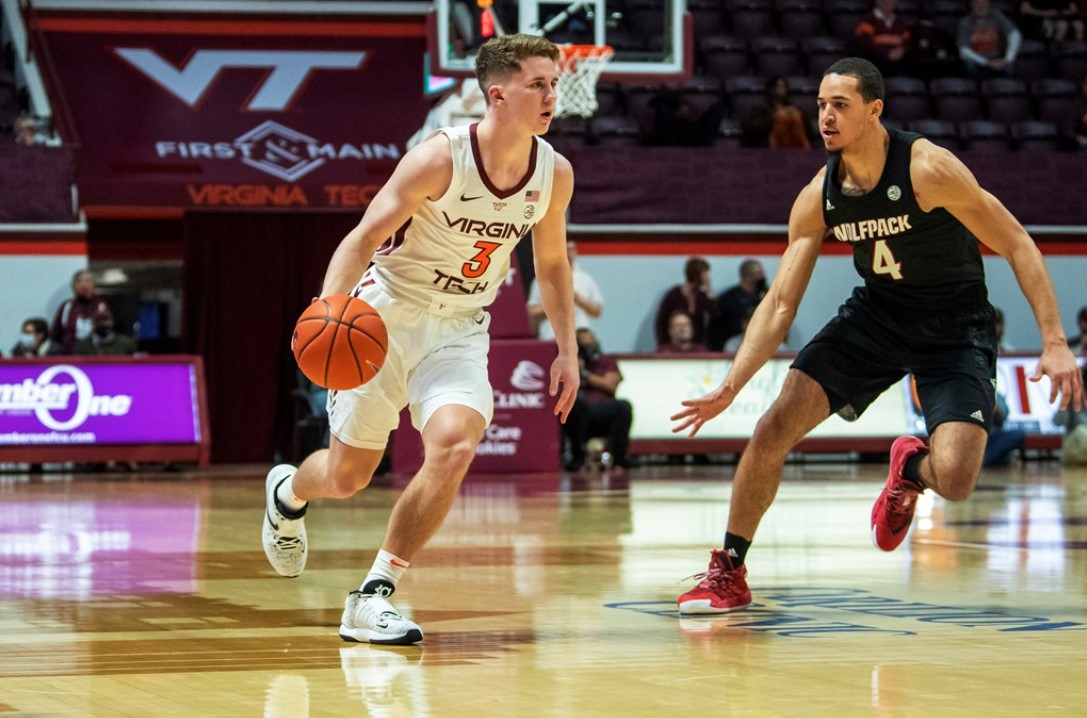 An NCAA Tournament team a season ago seemed destined for bigger and better.

A squad that returned three starters, but added guard Storm Murphy, would seemingly be successful. This was a group even thought by some to potentially reach new heights for Virginia Tech basketball.

That all still could end up being the case, but it’s got to come together quickly.

Enemy territory awaits. The Hokies are set to travel to Charlottesville to face the Virginia Cavaliers (9-6, 3-2 ACC) at John Paul Jones Arena.

In past years, seeing Virginia Tech in the basement of the ACC certainly wouldn’t be farfetched.

No, the Hokies likely aren’t bound for the league’s cellar. But for head coach Mike Young and company, the turnaround needs to begin transpiring.

Sure, Virginia Tech’s schedule gets quite favorable following this evening’s late-night contest. It however, won’t be ideal for Young’s team to start 0-4 in ACC play for the first time since the 2014-15 season.

Should that actually come to fruition, it likely won’t be the Virginia game, or the Duke game, or even the Wake Forest game that stands out in a brutal start in conference play for the Hokies. Instead, the NC State game last Tuesday evening will be the one the Hokies certainly will want back.

Yes, Virginia Tech was coming off of a COVID-19 pause in which a large chunk of its roster was taken out of the equation for a significant amount of time. But to lose to a team that’s likely a 1-day participant in the upcoming ACC Tournament, especially at home, is a tough one to digest.

Keve Aluma led the way in that one with 18 points and six boards. Murphy added 12 points of his own, but it was all for naught.

Shooting at a 35% clip from beyond the arc and getting heavily outrebounded doomed the Hokies. When the final horn sounded, the Wolfpack left Blacksburg as a 68-63 winner.

Getting a victory in Charlottesville, which would be the first since 2018, is now ever-so-crucial for this Virginia Tech team.

The Cavaliers picked a good time to have an off year in the midst of an historically down season for the ACC.

There’s no denying what longtime head coach Tony Bennett has done since taking over as the head ‘Hoo in 2009. He’s reshapred a mediocre program into a consistent national title contender.

The difference this season? There is no Ty Jerome. There is no Kyle Guy, and there is no Malcolm Brogdon. Those were all for-sure pros who contributed to an eventual national championship. Brogdon was not on the team, but his contributions helped make way for the run to occur.

There is however, Kihei Clark — one of the lone remaining members of that national championship team.

The senior from California has churned out a solid 2021-22 campaign thus far, averaging nearly 10 points and four assists per game. Clark has continued to be a menace at the top of the key for the Cavaliers.

He’s not the star of the show, though. East Carolina transfer Jayden Gardner has certainly taken those reins. The 6-foot-6, 245-pounder has put up nearly 15 points per contest so far this season, while also adding 7.5 rebounds.

There’s the matchup to watch: Aluma vs. Gardner. It should be a fun one between two powerful post presences.

Then you have both Armaan Franklin (12 points per game) and Reece Beekman (7.3 points per game), two additional pieces who provide both productive and physical minutes to a traditionally tough Virginia team.

It’s a program that’s been long built on defense. While it hasn’t performed at an elite level this season, the potential is still there.

With how well-coached they are, and with the talent level the roster still possesses, it feels like the Cavaliers are ready to take off at any given moment.

In the Hokies’ case, they just hope that it doesn’t happen right away.

This is going to be a really fun, entertaining basketball game.

It features two teams that have gotten off to disappointing starts and have yet to reveal their untapped potential.

Losses to both Navy and James Madison still have to eat at Bennett’s team as it aims to balance out its resume.

The Cavaliers are the favorites. But when it comes tournament time in early March, this could be the one the ‘Hoos need.

Ultimately, it’s the one they’ll get by the slimmest of margins to veer their season back on track as Virginia hopes to qualify for its eighth straight NCAA Tournament.