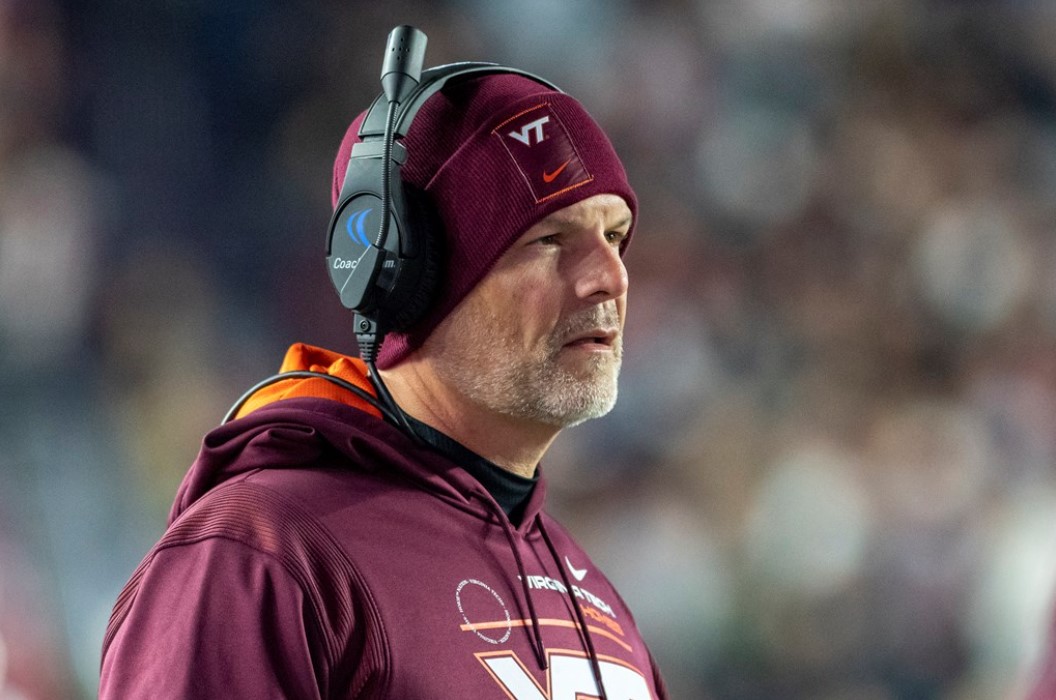 A season into the Justin Fuente era at Virginia Tech, everything seemed…perfect.

There’s this old adage in coaching that you don’t want to be the guy to follow the guy. Following up legendary head coach Frank Beamer, the transition seemed seamless — almost….perfect.

Fuente retained legendary defensive coordinator Bud Foster instantly upon his arrival, and the bridge from the old regime to the new had been formed with just a simple meeting in the longtime coordinator’s office. The two spoke simply of fishing at nearby Smith Mountain Lake.

Fuente didn’t just live in the shadows of the Beamer coaching days. He embraced it; with that, the “Hokie Nation” embraced him. There were very few expectations heading into the 2016 season — his first at the helm.

To begin the era, Virginia Tech had gone just a mere 29-23 over the previous four seasons. The Hokies needed a bit of retooling after falling out of the national spotlight. They had not represented the Coastal division in the ACC Championship since 2011.

In came Fuente. Who had spent the last four seasons turning around a Memphis program that was one of the worst at the FBS level when he arrived on campus in December 2011. The results were immediate.

The then-first-year head coach orchestrated a 10-win season, which was the program’s first in five years. A beatdown of No. 17 North Carolina in the eye of Hurricane Matthew, a Thursday night home victory over Miami, and a road escape at Notre Dame in snowy South Bend steered Virginia Tech to a Coastal crown.

The Hokies came just 23 yards away from forcing overtime against No. 3 Clemson – the eventual national champion — in the ACC Championship and erased a 24-point deficit in the Belk Bowl to beat Arkansas and finish with 10 wins.

It was a year of unwavering promise. It looked as if Virginia Tech had returned to prominence. In the process, Fuente took home ACC Coach of the Year. Again, everything seemed…perfect.

Another encouraging season in 2017 put Fuente at a 19-8 mark over his first two seasons in Blacksburg, including 11-5 in conference play. He was the hire of the offseason in college football after the 2015 campaign. Two seasons in, it looked as if Director of Athletics, Whit Babcock, had hit a Barry Bonds-esque 500-foot home run into San Francisco’s McCovey Cove.

LSU called Fuente’s representatives a year prior to gauge interest before ultimately hiring Ed Oregeron. He said no. Florida State called prior to hiring Willie Taggart. He said no. Virginia Tech wanted Fuente and Fuente wanted the Hokies.

It seemed like a match made in Heaven; everything seemed…perfect.

The 2018 season then came around with modest expectations. The Hokies were once again looked at as a program that could contend in the ACC. After a season-opening 24-3 victory in Tallahassee against the No. 19 Seminoles, it seemed as if that perception was fair.

ESPN’s College GameDay ran a feature specific to the relationship between Beamer and his successor, spotlighting the near flawless transition between the two head coaches.

In the story done by Gene Wojciechowski, both Beamer and Fuente are shown walking around Virginia Tech’s campus, scouring through the Merryman Athletic Center, and touching the Hokie Stone from underneath the metal bleachers inside Lane Stadium in that dark, cramped tunnel.

The story showcased the honorary No. 25 tradition that Fuente had started. It’s a tradition where a different player on special teams gets to rock the head coach of 29 years’ famous jersey number as a result of positive play the week prior. It was a way to honor the former special teams guru and legendary head coach.

But perhaps most importantly, the story had illustrated that someone had taken over the program that instilled the same values as Beamer once did. That someone, was Fuente. The Hokies had found their replacement. Once more, everything seemed…perfect.

A Fork In The Road

It was just a few weeks later that the compass started to veer south. A shocking loss to in-state foe Old Dominion in Norfolk was the first of many true disappointments of the Fuente era. A blowout home loss to Notre Dame in prime time just a few weeks later, and the program’s first in-season four-game losing streak since 1992 started to raise questions about Virginia Tech’s ability to take the next step with Fuente at the helm.

During that skid, three of the four losses came at Lane Stadium. The Hokies were outscored 170-85 during that stretch of play.

It took an overtime victory over rival Virginia, and a rescheduled late-season beatdown of Marshall for the school to reach a 26th consecutive bowl game. A 35-31 loss to Cincinnati in the Military Bowl however, resulted in a string of 25 straight winning seasons falling by the wayside.

The floodgates then started to open. Players started exiting one-by-one; recruiting classes started to slip, and the perception of Fuente and Virginia Tech was starting to change by the minute.

It seemed as if the Hokies had hit rock bottom early on in 2019. A near home loss to Furman followed by a thumping at the hand of lowly Duke on a Friday night at Lane Stadium raised some major red flags about the state of the program.

To Fuente’s credit, he put that on hold. He made the switch at quarterback from Ryan Willis to Hendon Hooker, which nearly resulted in another Coastal division title. A loss at Virginia in a de facto ACC semifinal to close the regular season ultimately ended that dream.

The 39-30 win for the Cavaliers snapped a 15-year losing streak for Virginia Tech in the series. Another streak had been lost, and fans quickly began to turn on Fuente again.

Perhaps his biggest downfall, however, was over the course of the next year.

With the fan base already on edge, Fuente and his wife Jenny unexpectedly met with representatives from Baylor University in January 2020. The two sides then convened in Fuente’s Blacksburg home where Tech’s head coach interviewed for the open Bears’ head coaching gig.

The move actually did some good for the program. It opened eyes to the administration in Blacksburg that Virginia Tech was behind in terms of facilities, money investment, and efforts to build a recruiting department to surround the coaching staff’s day-to-day operations.

Fuente stuck around, but not without the disapproval from the fan base. It’s almost as if they never forgave him, continuing to question his commitment to the program, and if Blacksburg was really where he wanted to be. We never got that answer.

It was 2020 when his tenure started to spurn out of control. A crushing home loss to No. 25 Liberty as a result of bad late-game clock management, a slip-up against No. 9 Miami where Virginia Tech was in control for most of the day, and a non-competitive effort against Pittsburgh plagued the Hokies into a disappointing 5-6 season. It included another four-game losing streak, and culminated in an end to the nation’s longest active bowl streak.

Another streak had perished under Fuente’s watch.

Babcock chose to give Fuente another year, but the writing was on the wall. The ending was inevitable. This past season proved just that.

Two more home slip-ups to Notre Dame and Syracuse where the Hokies had the game firmly in their grasp, and two more non-competitive showings against Pittsburgh and Boston College have stood out during another disappointing 5-5 season.

That’s where it ends. That’s how it all ends for Fuente at Virginia Tech.

It seemed like a foregone conclusion that we would get to this day at some point during the past two seasons; it was just a matter of when. The moment came at 7:39 a.m. ET on Tuesday, and it was the confirmation fans had been waiting for from the Virginia Tech administration.

Fuente was indeed not the guy to lead the Hokies to prominence.

In that 2018 College GameDay feature, Beamer said that Fuente was “the right guy for Virginia Tech.”

That didn’t turn out to be the case. His inability to put together a quality offensive staff, recruit the state of Virginia, avoid the blowout losses, utilize Lane Stadium as a Death Star, and put together a consistent product led to the 45-year-old’s downfall.

Fuente was once regarded as a home run hire. Six years later, it was clear that he wasn’t the right fit at Virginia Tech.

But alas, a tenure that everyone wanted so badly to work out, ends in disappointment.

Virginia Tech will move on to the next.