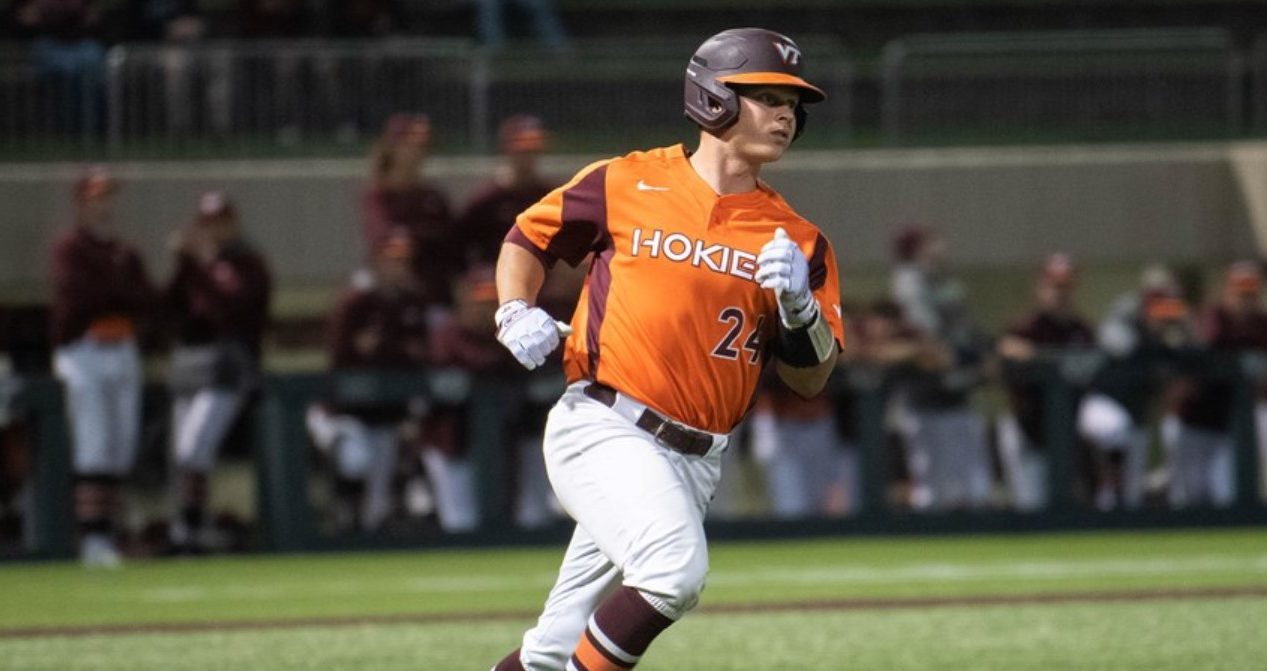 We are now a little over two weeks away from the May 10 announcement day for who will host the 16 NCAA Regionals.

The first-place and 15th-ranked Virginia Tech Hokies (21-12, 15-9 ACC) have been deemed the surprise team out of the ACC Coastal division. No. 20 Georgia Tech and No. 16 Pittsburgh trail just a game behind the Hokies. Buckle up, it should be a fun race.

Not just for the Coastal, but will we see Virginia Tech host its first regional since 2013?

The Hokies certainly have a strong case. Schools from all over the country are making their push to lock up one of those 16 spots. Will Director of Athletics Whit Babcock, a former player at James Madison, and Virginia Tech pull the trigger and beat out some of the big boys for a regional host? We shall see.

Virginia Tech will have a chance to bolster its case this weekend when it travels down to Raleigh to take on a solid NC State (16-13, 9-12 ACC) team. The Wolfpack are currently in the middle of the pack in the ACC Atlantic division. It won’t be an easy task.

The Hokies have never, yes never, won a series in Raleigh. So a new weekend holds a new opportunity.

Where: Doak Field at Dail Park

Virginia Tech hasn’t lost a road game in the ACC in a long time — not since March 21 at Clemson. The Hokies have swept back-to-back ACC road series.

Those were at the expense of then-No. 14 Pittsburgh and most recently at Wake Forest, thanks to an offensive outburst where the Hokies hit an ACC series school-record 10 home runs in the three games in Winston-Salem. It’s always a tough act to follow when it can’t seem to get any better.

They did come home last weekend and lose their first series since that Clemson weekend when then-No. 21 Georgia Tech came to town. The Yellow Jackets left Blacksburg taking two of three from the Hokies. It served as Virginia Tech’s first home series loss since falling to Florida State in early March.

Friday’s game was far from a pitchers’ duel. Georgia Tech pulled that one out in a game that ended four hours and 36 minutes after the first pitch. The Yellow Jackets erased a 6-2 deficit and took game one 15-11 on a chilly night at English Field at Atlantic Union Bank Park.

The Sunday matinee was close for the first eight innings before the Yellow Jackets scored five in the ninth to finish off a string of 10 unanswered runs to take down Virginia Tech 11-4 to close out the series.

This past Tuesday, the Hokies took down VMI 7-5 in a midweek in-state showdown. They were catapulted by a three-run home run by star first baseman TJ Rumfield. Rumfield hit the ball so far it escorted head coach John Szefc’s ball club right to Raleigh — a place where Virginia Tech hasn’t even won a game since 2009.

When a team puts its best product on the field in nearly eight seasons, you expect the personnel to be the best that team has put on the field in that period of time. That’s exactly what the Hokies have here.

Gavin Cross (.412, 10 HRs, 31 RBIs) may arguably be Virginia Tech’s best hitter since Chad Pinder – who left the Hokies after that 2013 season after being drafted in the second round by the Oakland Athletics. Years later, he’s now become a stronghold on a roster that’s typically an American League contender.

Mark Zagunis, a 2014 third-round draft pick of the Chicago Cubs, is definitely up there as well. But Cross, a potential future first-round draft pick, may end up having both of those guys beat.

Virginia Tech did lose southpaw Chris Gerard again due to his recurring oblique issue. He could again miss a significant amount of time, so The Citadel transfer Shane Connolly will likely get the ball again in the Sunday finale against the Wolfpack.

What To Watch For – NC State

The NC State Wolfpack have really picked it up of late.

Longtime head coach Elliott Avent’s squad got off to a measly 1-8 start in league play. Since then, there’s been a lot of winning in Raleigh.

After that dreadful start, the Wolfpack swept then-No. 11 North Carolina in Chapel Hill, Boston College in Chestnut Hill, and took a game from No. 7 Notre Dame in South Bend this past weekend.

They’ve climbed back up to 9-12 in the ACC and now find themselves tied for fourth in the polluted ACC Atlantic division. A lot of that has to do with a pretty solid offense that has really turned it on of late.

Here’s how NC State likely lines it up this weekend: