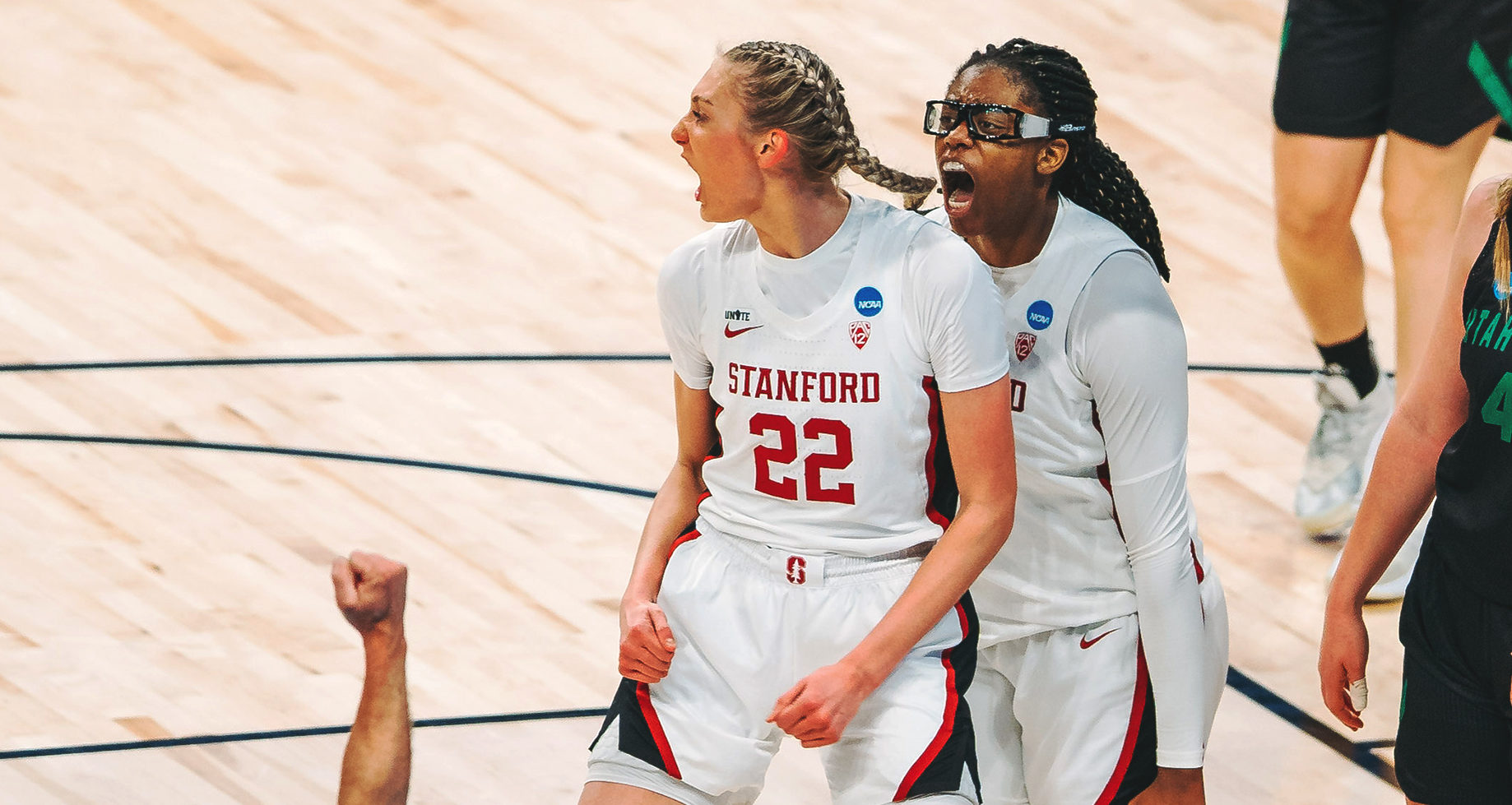 Everyone dreams of that one shining moment in the national championship game.

Everyone dreams of playing on the grandest stage in college basketball. That’s no different for either the women or the men.

While Stanford women’s basketball may have taken home its first national championship since 1992 on Sunday night, the title game wasn’t without a showing of some major Virginia Tech connections some may not be familiar with.

It was a great game for women’s college basketball, as it featured two newbies.

Stanford was appearing in their first title game since 2010; its opponent, Arizona, had never made it past the Sweet 16. The climatic ending where the Cardinal won their third national championship in a 54-53 thriller was great for the game, too. But a lot of that had to do with the staunch mixture of Hokie connections of both squads.

This is one of the two obvious ones that everyone is talking about.

Anderson is a Hokie through and through. A native of Blacksburg, she graduated from Blacksburg High School in 2003 as a star forward for the Bruins. She led her team to a state championship her senior year after nearly averaging a double-double with 18.2 points and 9.2 rebounds per game.

She also was named the Group AA State Player of the Year. In her final high school season, Anderson was named Virginia’s Miss Basketball.

Anderson then decided to stay in town to play for the Hokies. Under head coaches Bonnie Henrickson and Beth Dunkenberger, Anderson was part of four postseason appearances – three to the NCAA Tournament – for the Hokies.

She still is one of the most notable women’s basketball players in program history. Her impact in Blacksburg is still felt today.

She coached AAU basketball in Northern Virginia after graduation until the 2013 season when she joined the nearby New River Valley rival Radford Highlanders as an assistant coach. After two seasons and a WNIT appearance, she made the 15-mile trek to Blacksburg to join her alma mater under head coach Dennis Wolff.

After Wolff was relieved of his duties, Anderson was retained under current head coach Kenny Brooks. She helped guide the Hokies to the WNIT Championship game, and a likely NCAA Tournament appearance had the 2020 postseason not been canceled.

Anderson then got a phone call with a job offer she couldn’t refuse.

The winningest coach in women’s college basketball dialed Anderson’s number. She then uprooted to the San Francisco suburbs to coach under the legendary Tara Vanderveer with the Cardinal.

The rest is history; Anderson now has a championship ring on her finger after just year No. 1 at Stanford.

This was a tough pill to swallow for Brooks and Virginia Tech.

It’s not they weren’t happy for the senior from Tampa, Fla. It was more of a case of playing the “what if” game had Baptiste stayed in Blacksburg for her final season rather than entering the transfer portal.

The 2020 ACC Sixth Player of the Year left the Hokies after averaging 9.5 points and 6.4 rebounds during the 2019-20 season. She would’ve fit in nicely on this season’s Hokie team that made the field of 64 for the first time since 2006.

Baptiste had even more of an impact during her 2018-19 sophomore campaign for Virginia Tech. She averaged 10.4 points per and a team-best 7.6 rebounds.

That was prior to the Hokies adding star forward Elizabeth Kitley. So Baptiste played a lot more minutes as a true forward than she did her final season with Virginia Tech.

She spent her freshman season at Northwest Florida State Junior College where she caught the eye of Brooks and company. Regardless of all she accomplished her first three years collegiately, she’ll always be remembered for her senior season in Tucson.

Baptiste found herself starting all 27 games for the Wildcats, leading the team in rebounds with 6.1 boards a contest and adding 8.6 points a game.

She was a part of an Arizona team that snapped a 16-year tournament drought, and went much further than it had ever gone before, coming just inches away from a national championship.

Assuming she doesn’t use her final year of eligibility to return to the desert, Baptiste only spent one year manning the paint for the Wildcats. She’ll always be remembered at Arizona for being part of the team that made the improbable run to the national championship game.

This is the one you may tilt your head about.

Cameron Brink is on the verge of becoming the next star in women’s basketball. After all, it’s in her blood.

The freshman from Beaverton, Ore. was the No. 3 recruit in the country for the class of 2020, according to ESPN. That’s not all.

Now why are we raving about her? Well, it truly is in her blood. Both her parents, Greg and Michelle were standouts for the Hokies in the late-1980’s.

Greg started all 29 games for Virginia Tech during the 1987-88 season in the Metro Conference days, averaging 6.6 points per game for the 19-10 Hokies. Her mom is a member of Virginia Tech’s 1,000-point club.

The Brink’s are also close with one of the most notable basketball families in the world. Dell Curry, the father of NBA star Steph Curry and arguably the best player in Virginia Tech basketball history, was one of Greg’s teammates during his tenure in Blacksburg.

Dell’s wife, Sonya, was a standout on the Hokies’ volleyball team and roommates with Michelle during their time at Virginia Tech. The Curry’s are Cameron’s godparents. The 6-foot-4 forward has credited a lot of the development of her game to the aforementioned Steph Curry.

The Golden State Warriors’ star guard has done a nice job too, it seems. Brink averaged 9.9 points per game during her freshman year for the national champions with still three years of eligibility remaining.

She also started 20 of 32 games for the Cardinal, and could very well be one of the faces of women’s basketball for years to come.