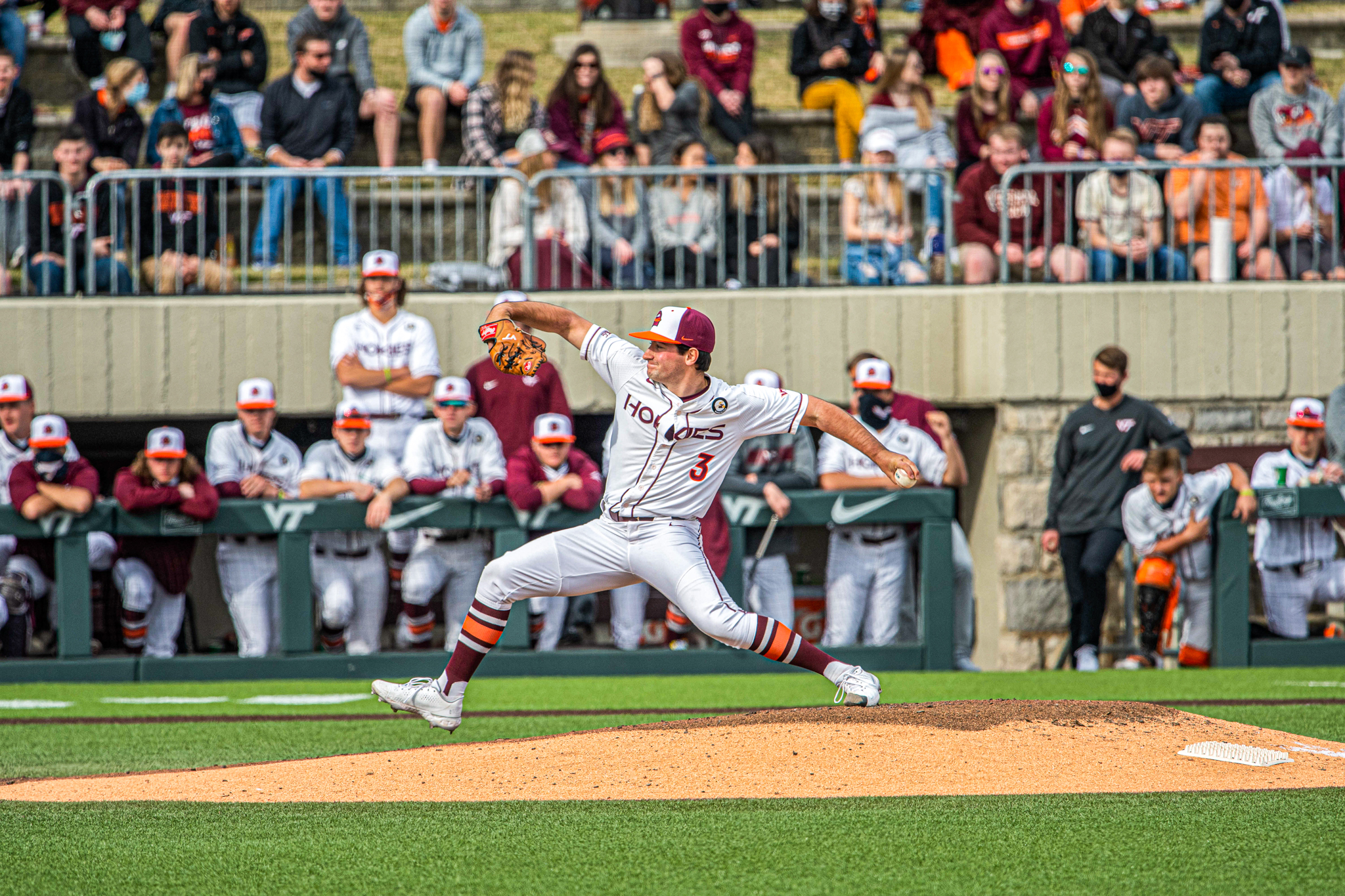 According to Baseball America, Virginia Tech baseball is currently the 13th best team in the country. This past week, its performance would say otherwise.

“I’d honestly rather not say,” frustrated head coach John Szefc said about what he learned from his team following a home series loss to Florida State. A mid-week beatdown against UNC Greensboro certainly did not make things any better.

You can never count the Tigers out, though, and the way Virginia Tech has struggled defensively and with runners in scoring position in the last week, the Hokies most certainly will be unable to do that.

Szefc’s team had a combined five errors in the two setbacks to the Seminoles last weekend, and was all finished off with an embarrassing 14-7 defeat to FSU on Sunday afternoon in Blacksburg.

The Hokies hit four batters in that one, as well as recorded three errors in the field. That must improve.

A bright spot were Friday’s starter Peyton Alford and Saturday’s starter Chris Gerard throwing absolute gems in the opening two games of the series. Alford arguably had his best start in a Hokie uniform, throwing 5.2 innings of one-hit ball and striking out 10 throughout the night, tying a career-high.

Gerard managed to top that.

The southpaw from New Jersey went seven innings of shutout ball – only allowing two hits and striking out eight in a shutout win.

Both Sunday and Tuesday were washes for Virginia Tech. Sunday starter Anthony Simonelli was sidelined with an oblique injury he suffered in the past week, and unfortunately for Szefc and company, the pitching staff did not pick him up. In the Hokies’ 7-2 setback to UNC Greensboro, both Cade Swisher and TJ Rumfield added two hits for Virginia Tech, but that was it offensively.

Freshman Lucas Donlon ripped an RBI double in the loss to the Spartans. He relieved starting shortstop Fritz Genther who left the game in the second inning with an apparent injury.

It’s baseball, and skids are inevitable. But remember how young this Hokies team is?

Teams have started to see more of Virginia Tech’s young hitters, and have taken advantage of more film on a majority freshman-sophomore lineup. For example, catcher Cade Hunter can hit a fastball 450 feet. But anything offspeed, the success isn’t near the same.

It also would be nice for Szefc and company to get Sunday starter Simonelli back this weekend against the Tigers, because if not, Virginia Tech will likely have to go with an opener.

Here’s how we project Virginia Tech to line it up this weekend.

What To Watch For – Clemson

The Tigers have not had the start they’ve wanted to this season under sixth-year head coach Monte Lee. He could be feeling a little warmth on his seat in Clemson.

The Tigers are coming off a 7-2 victory over Georgia State this past Tuesday. Prior to that, a head-scratching 12-2 loss to USC Upstate after being swept by North Carolina has Clemson placed in the cellar of the ACC. Clemson’s inability to put runs up all season has led to its downfall.

Just like all these programs, the Tigers very well could be a tournament team, and they can easily win this series if the Hokies aren’t careful.

Here’s how Clemson projects to line up.