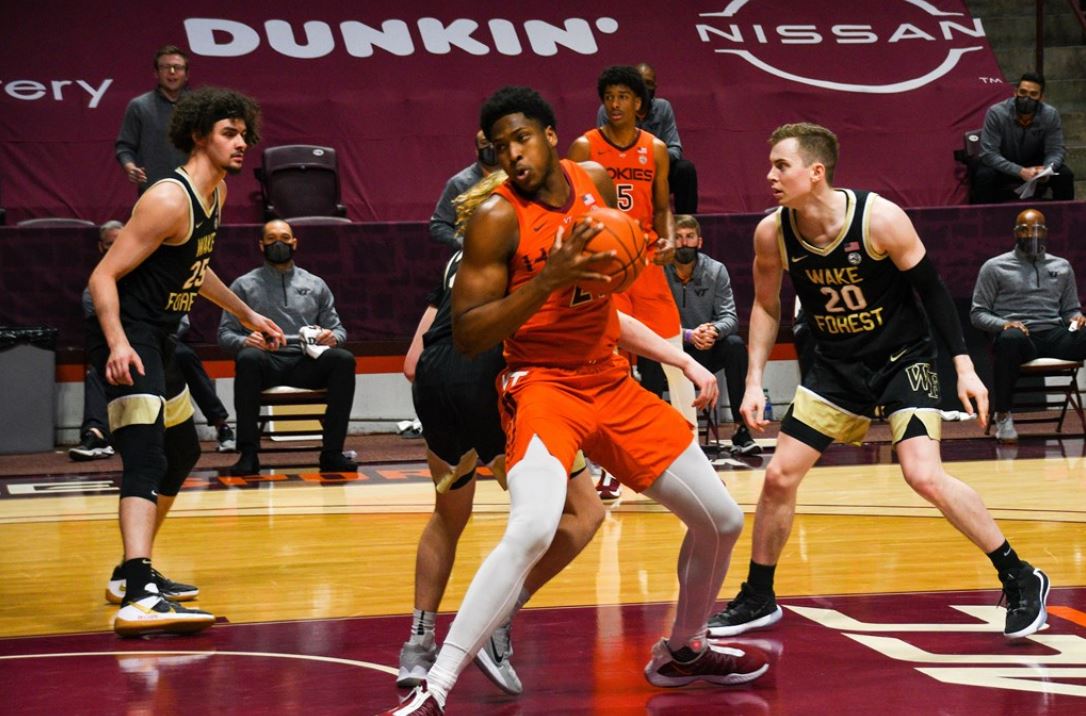 When you travel to the ACC Tournament at the Greensboro Coliseum, you’re not just witnessing a basketball game, you’re witnessing a bucket list item for any sports fan.

It isn’t just any tournament; it’s the ACC Tournament — right where it belongs back in Greensboro. Third-seeded Virginia Tech will look to make its mark at this year’s tourney after receiving its highest seed since 2007, but the task will be daunting as it prepares to face the red-hot and sixth-seeded North Carolina Tar Heels.

Second For A Try

The No. 22 Hokies will come off their second COVID-19 pause in the past month to head to “Tourney Town” for the ACC Tournament.

It’s far from ideal. The last time Virginia Tech exited quarantine for the hardwood culminated in a 69-53 home smacking by Georgia Tech. Unfortunately for the Hokies, that’s been the theme this season with teams coming off of COVID pauses.

The good news for Virginia Tech? The Hokies have been able to practice for almost a week this time, as the team had no positive tests during this little break, but were contact traced out of games with Louisville and at NC State.

Hopefully for Virginia Tech’s sake, Mike Young’s team comes out a little more in shape than it did against the Yellow Jackets.

Speaking of Young, the second-year Hokie head coach has garnered ACC Coach of the Year. It’s well deserved too, as Virginia Tech was picked to finish 11th in the ACC and finished third. It was a no-doubter for Young to earn the honor.

Aluma has been quite the add for Young in Blacksburg. He followed Young from Wofford, and has found himself in a nice situation, leading the Hokies in both points and rebounds per game during the regular season. Aluma averaged nearly 16 points and eight boards per contest.

Aluma will have to have a big game on the glass for Virginia Tech. A big challenge awaits him down low when the Tar Heels lace them up this evening.

Those are probably the exact words that fans should use to describe North Carolina this season.

The two schools were scheduled to meet in the Dean Dome in Chapel Hill earlier this season, but COVID issues within Virginia Tech’s program forced the game to be called off. They’ll be the first set of schools in league history to play in the quarterfinals after not meeting during the regular season.

Florida State and Duke would’ve had that distinction had they had played this evening. A positive COVID test within the Duke program has sent FSU to the ACC Tournament semifinals. The Seminoles will await the winner of Virginia Tech and North Carolina.

The Tar Heels are hot.

Roy Williams’ team used a 42-4 run on Wednesday night to demolish Notre Dame, 101-59 — the largest margin of victory in the ACC Tournament for the Tar Heels since 1983. For those wondering, they covered the spread.

They also set an ACC Tournament offensive rebound record with 25, eclipsing the previous mark of 21.

It’s crucial for Virginia Tech to keep North Carolina off the glass, limit turnovers, and keep Aluma and Justyn Mutts out of foul trouble as much as possible. If the Hokies are unable to do that, it’s going to be a long night for Virginia Tech.

Caleb Love, who averages 10.6 points per game, is also sharp from beyond the arc. Virginia Tech will have to step out some to slow down the mighty Tar Heels.

North Carolina is playing well. Virginia Tech, we haven’t seen play. That’s not been an uncommon theme this year.

Interestingly enough, history shows that after a dominant performance in conference tournaments, they’re not usually followed up.

However, it’s so hard to go against the Tar Heels after what we saw Wednesday night, and we still don’t know what to expect from the Hokies. North Carolina will pick up a nice win over Virginia Tech, continuing to move up a seed line. The Hokies will fall to the dreaded 8-9 game in the NCAA Tournament.

The Tar Heels will advance to the semifinals and will face off against No. 2 seed Florida State.