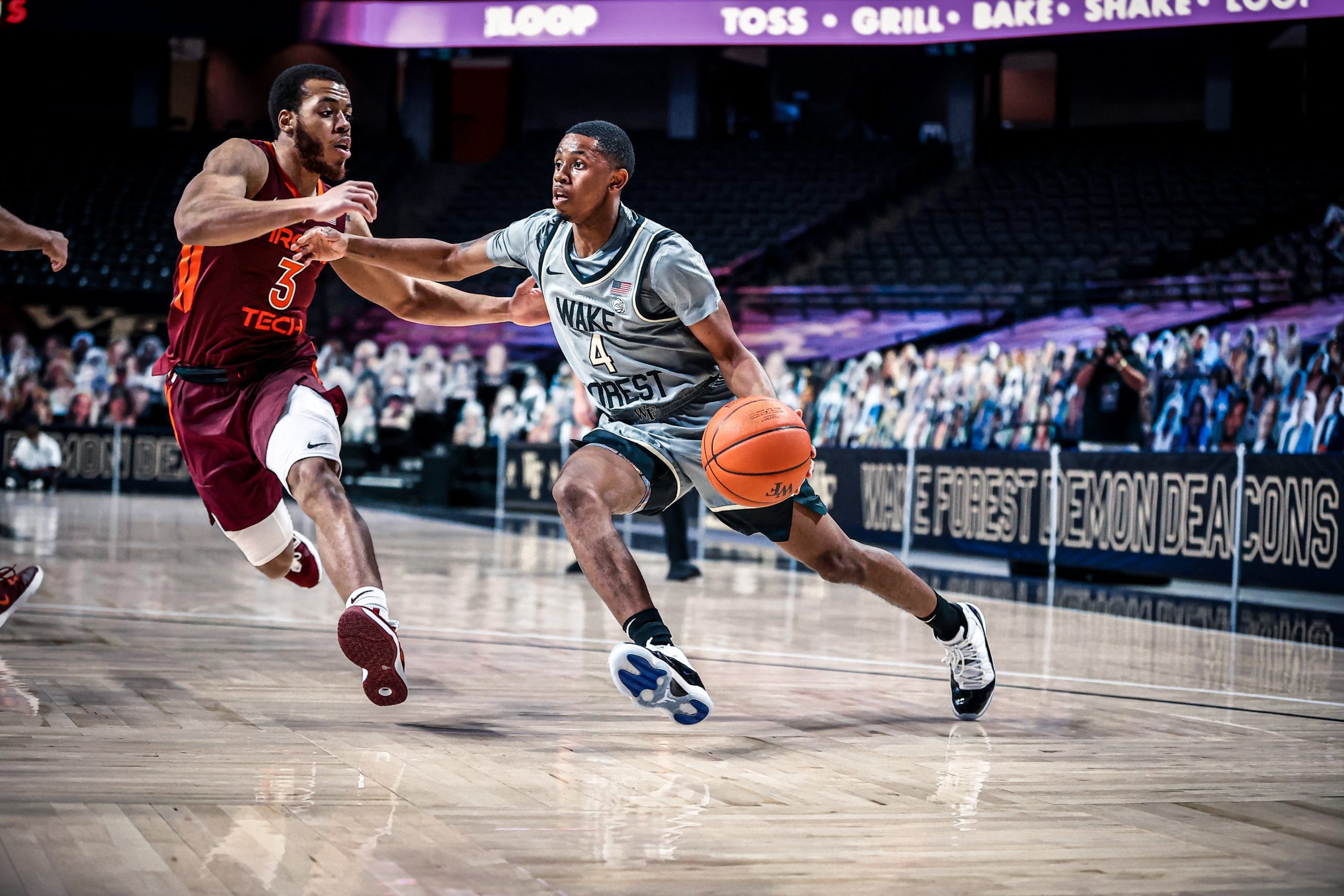 For the first time in a month and a half, Virginia Tech basketball is set to host back-to-back home games.

The 16th-ranked Hokies (14-5, 8-4 ACC) will have a big opportunity this time around to secure a win over a team they should beat in their home arena, and one they’ve already beaten earlier this year.

The Wake Forest Demon Deacons (6-12, 3-12 ACC) come to Blacksburg in a game Virginia Tech should win, and one that’ll allow it to inch closer to clinching a coveted double bye in the upcoming ACC Tournament.

A Little Slip Up

When the Hokies returned from their 17-day layoff and recent COVID-19 pause on Tuesday evening against Georgia Tech, it was not the prettiest of performances.

Now, that’s not all that surprising. Teams coming off of long pauses have not fared very well this season. Virginia Tech was no exception.

This hasn’t happened often this season, but there was no real standout player for the Hokies. That’s what happens when you put up your lowest point total of the season. Virginia Tech fell to the Yellow Jackets by a final score of 69-53. Keve Aluma and Naheim Alleyne were the team’s leading scorers with 12 points each. Tyrece Radford, who returned from his four-game suspension, added 11 points on his own.

That was it for double-figure Hokies, as Georgia Tech’s Moses Wright and 11 first-half turnovers was the difference in this one.

Guard Jalen Cone did not play on Tuesday night. According to Virginia Tech head coach Mike Young, the Walkertown, NC native may miss some significant time with an ankle injury, so don’t expect him to play Saturday. Iowa transfer Cordell Pemsl played in his first game in nearly two months after suffering a back injury in early January. While the Hokies lose Cone, Virginia Tech does now welcome both Radford and Pemsl back into the fold.

The Hokies have now had their designated poor performance game coming off a COVID pause, as many teams have had. So it’s time to get back up to speed. They’ll want to prove Tuesday night was just a fluke as they take on the Deacs at Cassell Coliseum, vying for a nice seed in both the ACC and NCAA Tournament.

Very similar to Virginia Tech last season, Wake Forest is incredibly young and inexperienced. It’s shown lately too – the Demon Deacons have hit a wall. Steve Forbes’ team was playing competitively early on. Recently though, it’s been a different story. Wake has dropped five out of its last six, including the last three by double digits. In their most recent outing, the Demon Deacons only managed 39 points in a blowout loss to Clemson.

In their earlier 64-60 setback to Virginia Tech this season, Ismael Massoud was the Deacs’ leading scorer with 12 points. But Daivien Williamson (12.7 points per game) is the top threat for Forbes, who Williamson followed from East Tennessee State. Ian DuBose, a graduate transfer from Houston Baptist, who did not play against the Hokies earlier this year, is another scoring presence for Wake. Watch for Isaiah Mucius in the paint against Aluma.

This is the game Virginia Tech really picks it up after the COVID pause. We would maybe take the under, but it’s almost March, and the Hokies still have some good basketball left in them. Virginia Tech will take down Wake Forest at home and will continue to put itself in a nice position for a double bye at the upcoming ACC Tournament.

Following this afternoon’s contest, the Hokies will host the Louisville Cardinals in the home finale on Wednesday at 7 p.m. ET. They’ll hope to split the season series.

This game was rescheduled from February 13th and can be found on ESPN2.