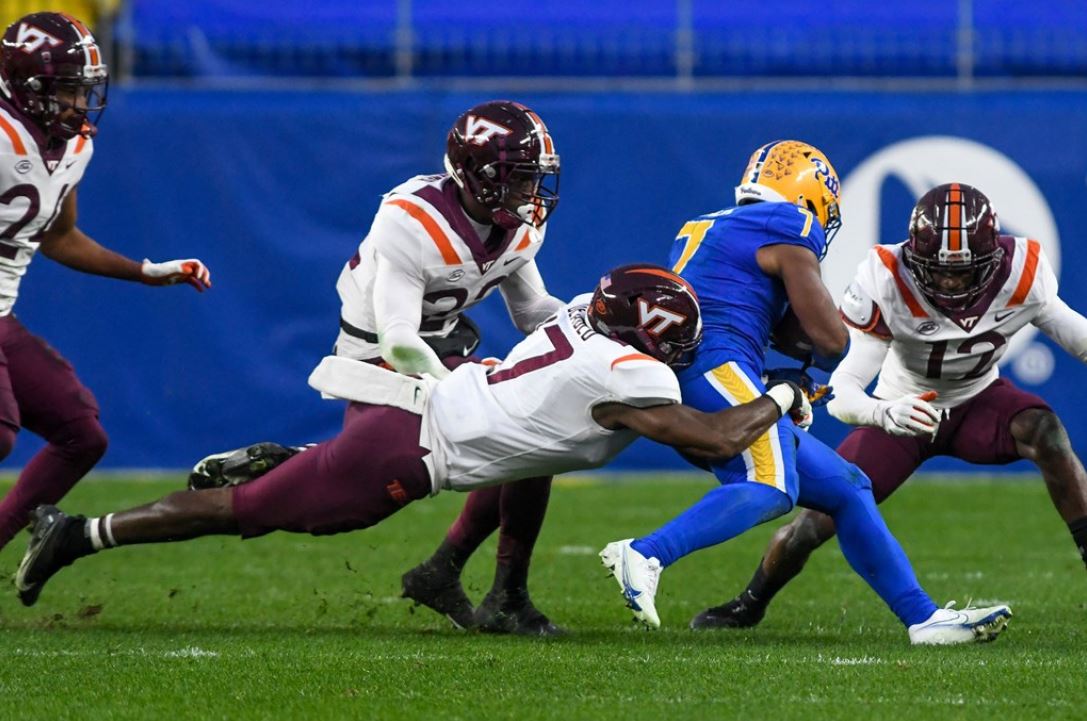 We first start with the first six games in “Part I” of this two-part series:

What a way to open up the college football season when ACC Coastal foe and likely favorite North Carolina comes into Lane Stadium for a night game in early September. This is the best time to get the Tar Heels too. They’ll be still figuring out how to replace playmakers Javonte Williams, Michael Carter, Dyami Brown, and Dazz Newsome.

They do return their starting quarterback though in Sam Howell, and it’s hard to go against this Heisman Trophy darkhorse. We’d be tempted to go with the Hokies at home this early in the season, but with the state of both programs, it’s hard to pick against Mack Brown’s squad. North Carolina makes a statement on national TV, picking up a big conference-opening win over Virginia Tech.

The Hokies should have no trouble with the Middle Tennessee Blue Raiders. They do have a solid head coach in Rick Stockstill, but they’re coming off a discouraging season at 3-6 in 2020, and they lose star quarterback Asher O’Hara to the transfer portal.

It’s a bit of a surprise this game is even being played. Virginia Tech was scheduled to play in Murfreesboro in 2020 before COVID-19 wiped that out. But nevertheless, the Blue Raiders will still make the trip to Blacksburg. We’ve seen this movie before where the Hokies lose this type of game, but it won’t be this week. The Hokies will pick up their first win of the season against Middle Tennessee.

The one road game the Hokies play in their first seven games is a trip up the ‘ol “Country Roads”. The old Big East rivalry will be renewed for the first time since 2017, and the first time on either campus since 2005.

This is a tough one. Again, it’s way too early. Virginia Tech seems to always win games like these early in the season. West Virginia is coming off a solid season, but it is still in the midst of a rebuild under Neal Brown. The Hokies will escape Morgantown with a road victory, retaining the Black Diamond Trophy.

Hold up. Let’s be careful here. Yes, it’s FCS Richmond. But Richmond is a solid program, and the Hokies tend to not do well with in-state non-conference teams, especially coming off a high like a West Virginia win.

This is the one the Hokies will most certainly want to be dominant in, but the Spiders will be competitive enough to make Hokie fans sweat. Eventually though, Virginia Tech will edge out the typical FCS contender in a similar fashion like the 2019 Furman game – sluggish and uninspiring.

The bye week for the Hokies will take place the first weekend of October.

The Hokies will get a date with the Notre Dame Fighting Irish at home in front of an electric crowd on a (hopefully) cool, crisp, 60-degree night at Lane Stadium. The fun may stop there though.

Virginia Tech will be competitive in this one, but Notre Dame is coming off a College Football Playoff appearance. Although the Fighting Irish will lose quarterback Ian Book, Wisconsin transfer Jack Coan will mitigate the drop-off. The Irish will win in Lane Stadium for already the second time in four years.

This is one of those games where Virginia Tech fans can start to evaluate to see whether or not Fuente’s team has taken a step forward from last year. Unfortunately for the Hokies, Kenny Pickett is coming back for Pittsburgh.

The star quarterback torched the Hokies last season at Heinz Field, and although Pitt loses some key pieces on defense, Pickett and his star receiver Jordan Addison, who did not play in this past year’s game, will be enough to win in Blacksburg.