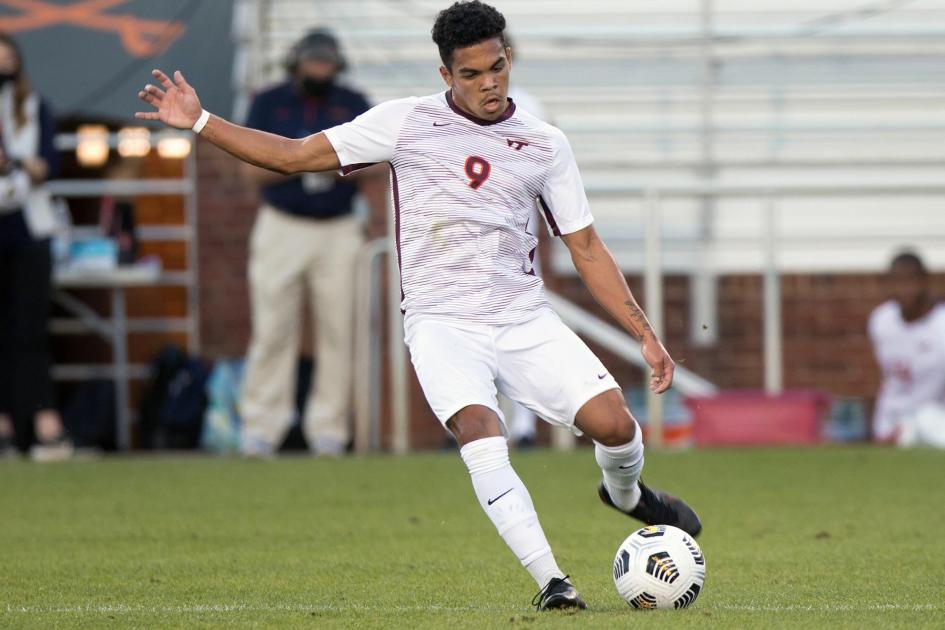 It’s been a busy week in Blacksburg for Virginia Tech athletics.

Did Mike Young and his Hokies pull off a huge top-10 win in men’s basketball? No.

Did Justin Fuente and Virginia Tech football bring in a flashy transfer this week? Not quite, but last week they did.

So what was busy about Virginia Tech sports this past week if none of those happened? Well, a lot happened. A lot of notable things happened that many Virginia Tech fans may have missed during the work week from some of the lower traffic sports.

So what did you miss? We’ve got you covered. You’ll see some more Hokie notebooks as the spring sports season kicks in. But we thought it was appropriate now to catch you up after a busy week in Blacksburg.

OK, yes, we’ll start with football. It’s been a rather nice start to the offseason for Fuente and company. Adding the likes of Jordan Williams from Clemson and Tae Daley from Vanderbilt while welcoming back star tight end James Mitchell were all big gets for the Hokies.

This week however, the Hokies did lose a player in Kansas transfer Evan Fairs. Fairs was a transfer from Kansas and will be going somewhere seeking more playing time after hauling in just two receptions for 18 yards in 2020.

The big news though, is the speculation of Virginia Tech’s best recruiter and co-defensive line coach Darryl Tapp potentially heading to the NFL as the assistant defensive line coach for the San Francisco 49ers. That would be a big blow for the Hokies. The former Virginia Tech standout has been the energizer bunny since arriving in Blacksburg prior to last season.

The Hokies picked up a scrappy 64-60 win over the Wake Forest Demon Deacons in Winston-Salem on Sunday night. Virginia Tech clawed this one out even with its two best players in Keve Aluma and Jalen Cone combining for only one basket all night long. Luckily for the Hokies, Tyrece Radford bailed them out with 20 points as Virginia Tech improved to 11-2 overall and 5-1 in the ACC.

Its scheduled game against Boston College this past week was postponed as a result of a positive test in the Eagles’ program. It’ll get its next shot in a tough one against Syracuse this Saturday. The contest airs at noon ET on Raycom Sports Networks.

Kenny Brooks and Virginia Tech women’s basketball have been on the struggle bus lately. After dropping both games this week, the Hokies have now lost six out of seven and are 7-6 overall and 2-6 in the ACC.

There were high expectations in Blacksburg this year for a team that was well on their way to their first NCAA Tournament in years had it been played in 2020. Losing Taja Cole to graduation and Dara Mabrey to Notre Dame have proven costly for Virginia Tech this season.

Speaking of Mabrey, she led her new team to a 65-60 win over Virginia Tech on Thursday night in a game where the Hokies almost erased a 21-point second-half deficit. Virginia Tech also dropped another heartbreaker earlier this week to Wake Forest, 67-64 after leading the majority of the contest.

Asiah Shepherd has been a bright spot for the Hokies this season in a year there haven’t been many early on. They have the tools to turn it around, but will have to do so quickly. No. 2 NC State comes to town Sunday afternoon. That contest can be seen at 4 p.m. ET on the ACC Network.

The Hokies will be back in action on Friday night. They’ll host rival Virginia at 5 p.m. ET on the ACC Network Extra.

Possibly the biggest and best news all week in Virginia Tech athletics came out of an out-of-season sport – men’s soccer.

On Thursday afternoon, the 2021 MLS SuperDraft was held virtually. Two Hokie stars had their eyes on early draft picks. No one really saw this one coming though.

He joins Hokie legends Bruce Smith and Michael Vick as the only Virginia Tech athletes ever selected first overall in their respective draft. That’s elite company, to say the least.

Third-year head coach Pete D’Amour and company are set for a big year in Blacksburg after losing last season as a casualty of the pandemic. The 14th-ranked Hokies will go head-to-head with Florida State for the ACC crown and the path to get there is now clear as the 2021 schedule was made available this week.

It can be found here at hokiesports.com.

Virginia Tech baseball still hasn’t released its full schedule, but we should hear something on that front rather soon.

Wait, this isn’t a spring sport. This year, it sort of is.

Volleyball is interesting this year. The Hokies played half their season in the fall before they resume in the spring with the majority of their schedule still ahead.

The Hokies resume their season 5-4 overall and 4-4 in ACC play under first-year head coach Marci Byers. Byers switched New River Valley teams, coming over from Radford prior to the season.

The Hokies now hit the grind of their schedule. The spring slate for Virginia Tech volleyball can be found here.