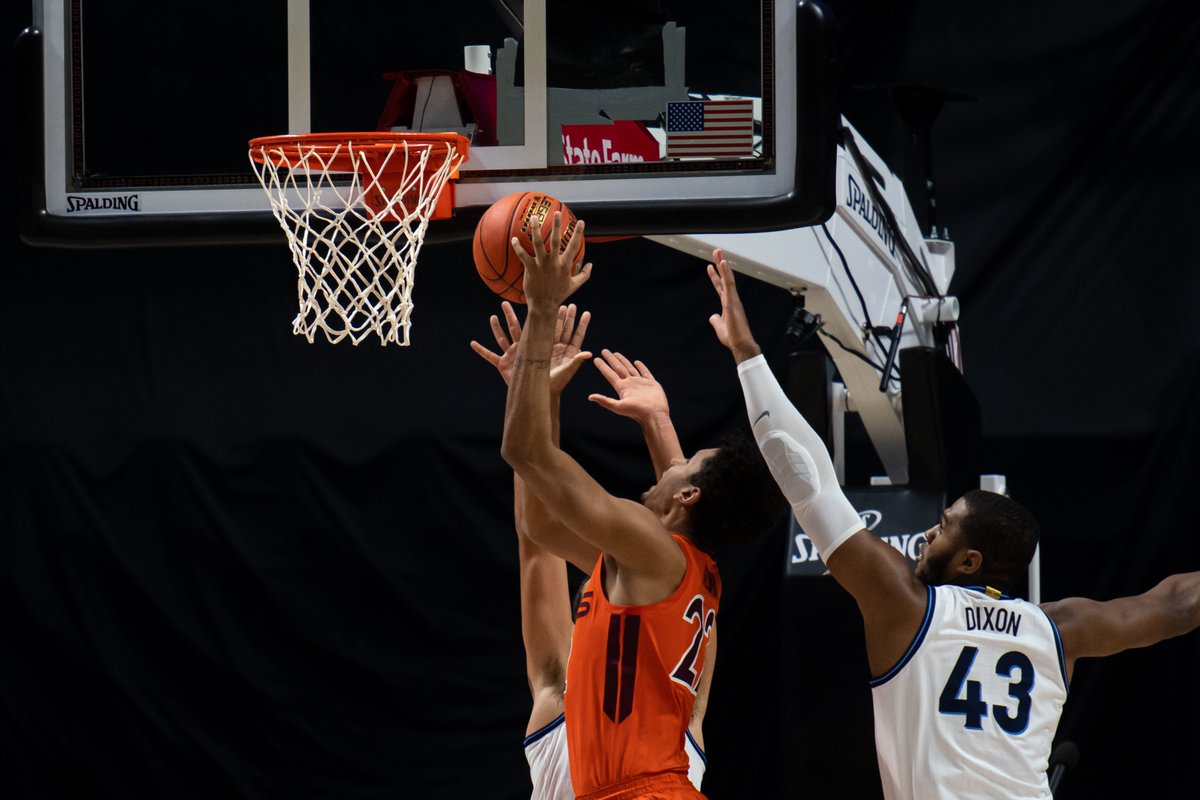 The Virginia Tech Hokies pulled off a stunner on Saturday Night in “Bubbleville.”

After Mike Young and company defeated third-ranked Villanova 81-73 in overtime, the Hokies will look to continue their high-level momentum in the Air Force Reserve Basketball Hall of Fame Tip-Off Tournament against the South Florida Bulls this evening.

Villanova gambled in the Mohegan Sun Casino in the wee hours of Friday morning when it decided to play Virginia Tech. It didn’t pay off for the Wildcats, as the Hokies took it to No. 3 Villanova, knocking off a top-3 team in a Thanksgiving tournament in back-to-back seasons. Virginia Tech knocked off Michigan State at the Maui Invitational in 2019.

It looked like Virginia Tech (2-0) had won it in regulation after Wofford transfer Keve Aluma knocked in a go-ahead layup to put the Hokies up one with 1.3 seconds remaining. After trying to miss the ensuing free throw, Aluma, who led the Hokies with 23 points and eight rebounds, banked it in and the Hokies committed a controversial blocking foul that allowed the Wildcats to tie the game at the foul line.

Young and his team refused to be deflated, as Virginia Tech dominated overtime and pulled off a big upset in “Bubbleville.”

The Hokies shockingly outrebounded the Wildcats 40-31. The size for Virginia Tech will be big throughout the season, as it pounded Villanova in the paint and shot 50% behind the arc to overcome a 12-point second-half deficit.

Now, the Hokies will be tasked with getting right back to the floor against the South Florida Bulls this evening.

That may be tougher than some think. This won’t be an easy one for Young and company against an up-and-coming USF squad. The Bulls are led by former Georgia Tech head coach Brian Gregory.

The Bulls (1-1) were picked fifth in the American Athletic Conference preseason poll after finishing last season 14-17. USF is coming off a 16-point loss to Rhode Island on Saturday in the bubble.

Guards David Collins and Justin Brown are the two guys on the outside to watch for USF. If Virginia Tech is not careful, the two outside shooters for the Bulls could have a similar performance to Collin Gillespie, who put up 25 points for Villanova on Saturday night.

This could be a dangerous game for Virginia Tech.

The Hokies are getting all the hype for taking down Villanova, but that means nothing when both teams lace them up tonight.

USF hasn’t had the best start, narrowly beating NAIA Florida College, and getting dominated by the Rhode Island Rams in the bubble. That may be the perfect storm for Virginia Tech though, as it may come out a tad sloppy after a thrilling win on Saturday night, and it may be the game the Bulls finally find it.

The Hokies will come out slow and it’ll be a close one early. But eventually Keve Aluma and Virginia Tech will scrap one out against the guys from Tampa.

The Hokies will exit the bubble following tonight’s game against South Florida, and will have a few days off to regroup after playing on back-to-back days.

We won’t see the Hokies again until this Thursday, when they host in-state foe VMI at 8 p.m. ET on the ACC Network.