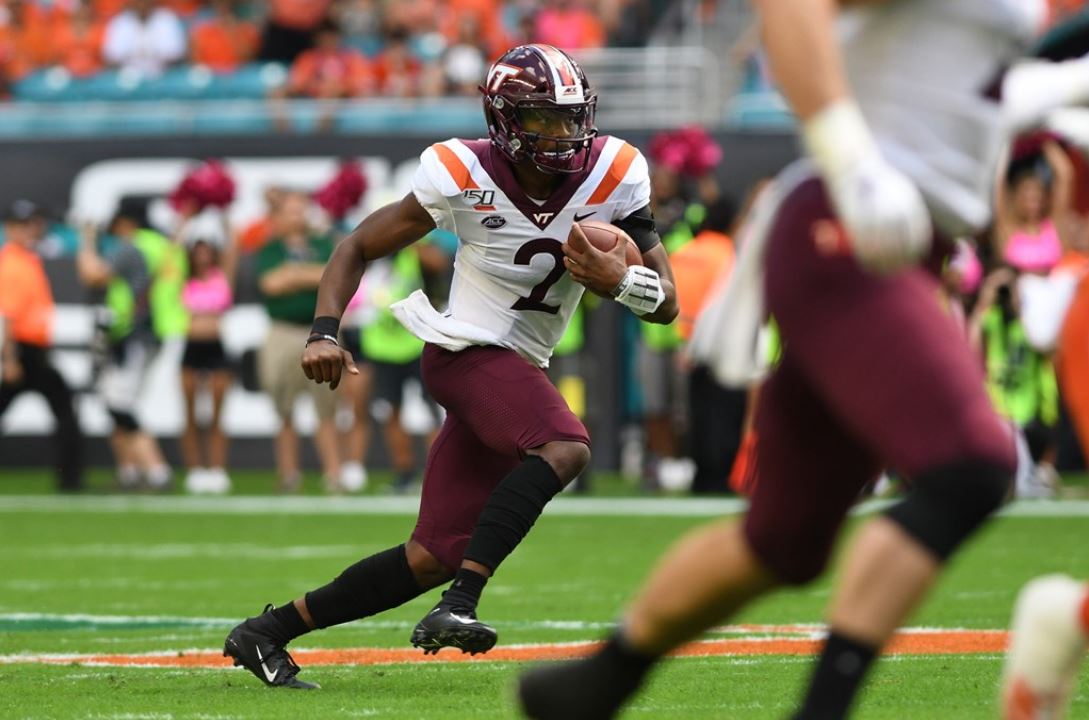 Bad fortune has struck Justin Fuente and the Virginia Tech Hokies yet again in this young 2020 season.

Fuente and company have confirmed that starting quarterback Hendon Hooker will miss this Saturday’s contest against NC State. His absence coincides with the ACC quarantine agreement.

Hooker was identified through contact tracing as a player who has been exposed to COVID-19. It is unclear whether or not Hooker has received two negative tests. Either way, he must quarantine to keep up with ACC guidelines.

With Hooker out against the Wolfpack this Saturday, Braxton Burmeister will take over behind center for the 20th-ranked Hokies. He’ll be looking to show the fans just how good he can be.

Fuente raved about how solid he was during fall camp. The Oregon transfer will get the nod over redshirt sophomore Quincy Patterson. Patterson started one game last season, and lead the Hokies to their 6-overtime win over North Carolina.

Burmeister was set to play anyways in the Hokies’ previous opener against Virginia, with Hooker getting the start. Both Fuente and offensive coordinator Brad Cornelson could not stop talking about how much the Southern California native impressed in fall camp.

He’s done it before at a major level too. The redshirt junior started five games as a true freshman for the Ducks in 2017. Burmeister accounted for five touchdowns that season.

Many said Burmeister was right there with Hooker throughout fall camp. But with Hooker now out for the Hokies’ opener, the dual-threat transfer will now get his shot to show what he’s got.

The Hokies’ depth at quarterback should benefit Fuente and company in this scenario. The fifth-year head coach remains in a good place with both Burmeister and Patterson to turn to with his star quarterback out.

Virginia Tech now hopes to get through this weekend with a win. The Hokies will then look to get healthy for a trip to Wallace Wade Stadium, against the Duke Blue Devils. Prior to last season’s 35-28 loss to Boston College, Virginia Tech had won its first three openers under Fuente.