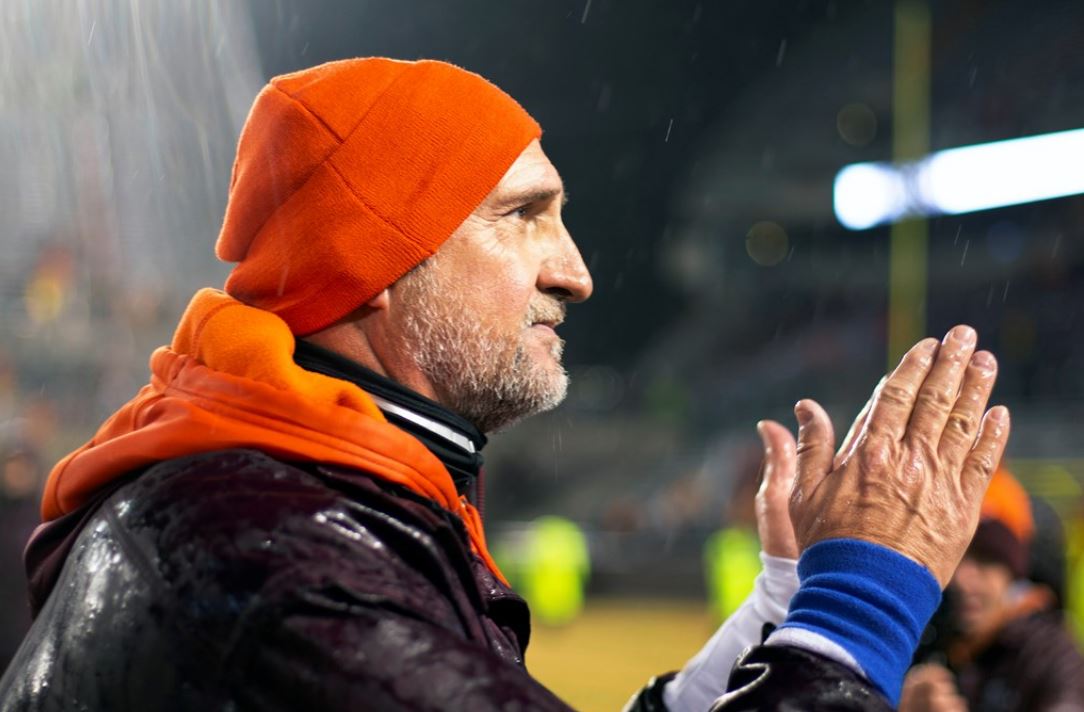 In what will be a 5-part series, we’ll be looking back on those memorable victories. Coming in at No. 5 on the list is legendary defensive coordinator Bud Foster’s final shutout.

As assistant at Virginia Tech for 33 years and defensive coordinator for 25 years, Foster was one of the most important figures in program history. In his final game in Blacksburg, it was fitting that his defense dominated in a 28-0 victory over Pittsburgh.

Not only was Pitt trying to crawl its way back into ACC Coastal race, the Hokies needed a win to force a winner-take-all at rival Virginia the next week. Perhaps most important, it was the legendary defensive coordinator’s last home game at Virginia Tech. The fireworks started before the game even kicked off when Pitt star defensive back Paris Ford started scuffing up the letter “o” in the “Hokies” logo during pregame warm-ups.

That deed did not fare well for the Panthers. Ford was later ejected for targeting. As for the “o”, the 25th-ranked Hokies handed that doughnut back to the Panthers, shutting them out 28-0.

The Hokies dominated this one from the start, as quarterback Hendon Hooker hit Tayvion Robinson for a 71-yard reception down to the 1. That led to James Mitchell, wearing Frank Beamer’s honorary No. 25, punching it in on the next play.

For the Virginia Tech defense, it was domination from the get-go. On the first play of the ensuing Pitt possession, quarterback Kenny Pickett was stripped by star linebacker Rayshard Ashby. The fumble was returned for a scoop and score by Norell Pollard. All of a sudden, the Hokies were up 14-0 at the end of the first quarter.

Hooker threw for two touchdowns and 153 yards in the win, including one to Tre Turner to put the Hokies up 21-0 at the half. Foster’s defense really stepped up, capturing their second straight shutout. The Hokies sent the Panthers home with a season-low 177 yards.

This was exactly the going-away party the Hokies had hoped for Foster. Ashby and Chamarri Conner each tallied seven tackles. They combined for three tackles for loss and two sacks as Fuente and company improved to 8-3 on the season.