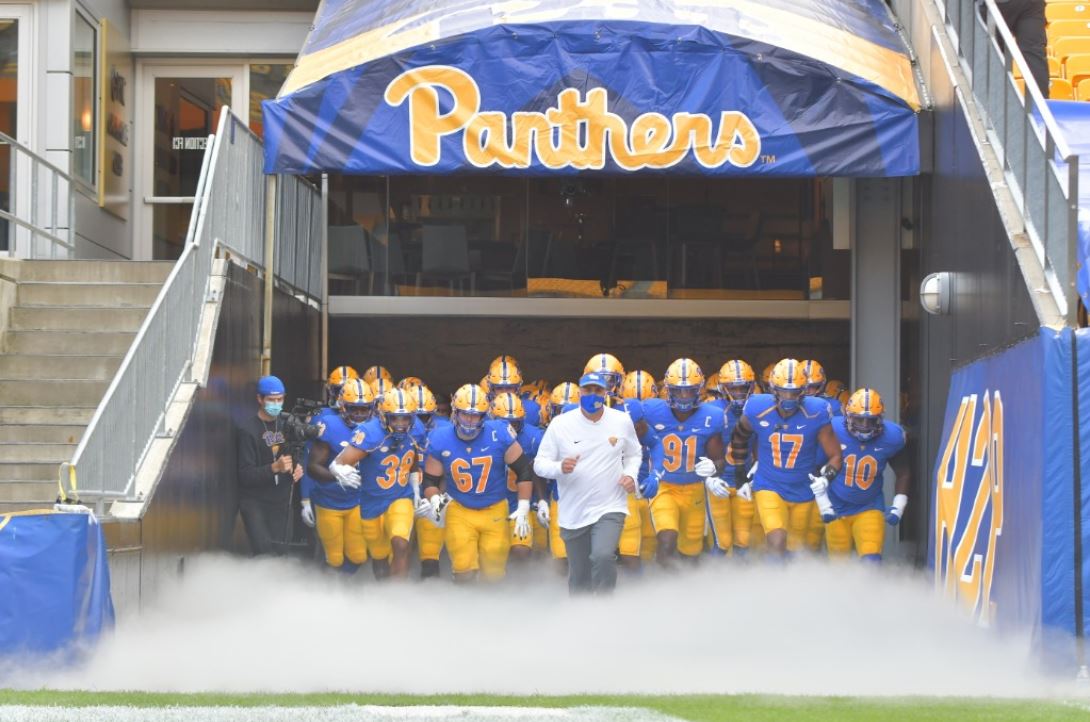 Fortunately here at Fifth Quarter, we have a slew of talented writers that know the team they cover inside and out. To give fans a better understanding of what the Panthers will look like against the Fighting Irish, we talked to FQ’s Pitt account manager, J.J., on what he sees with this Saturday’s match-up.

WHO SHOULD NOTRE DAME BE LOOKING OUT FOR ON OFFENSE AND DEFENSE?

On offense, it’s wide receiver Jordan Addison. Addison, a true freshman, is an outstanding player. He leads all true freshmen in the ACC in receptions this year. Addison is very fast, shifty, a great route runner, and has great hands as well. He will be a threat for years to come and a future NFL receiver.

On defense, it’s the senior defensive end Patrick Jones. Pitt’s defensive line is the strength of a sturdy defense that is ranked first nationally in rush defense. Jones leads the nation in sacks.

With Rashad Weaver and Calijah Kancey at defensive tackle, the defense will be stout to say the least. Jones is a projected first-round pick in the upcoming 2021 NFL Draft.

MANY NOTRE DAME FANS THINK THE IRISH HAVE A GOOD CHANCE TO BLOW OUT PANTHERS. HOW ARE PITT FANS FEELING?

Pitt fans do not feel great right now and that may be an understatement. After starting 3-0 and losing three straight games by a combined total of 14 points, it is tough.

In my opinion, the sloppy play on offense, penalties, drops, and major lack of creativity from offensive coordinator Mark Whipple has been an issue. Pitt fans tend to be fatalistic, but if Pitt can win against Notre Dame, I believe there can be some hope for the rest of the season.

PITT IS COMING OFF A LOSS TO MIAMI WITHOUT ITS SENIOR QUARTERBACK. HOW DO YOU THINK THE OFFENSE RESPONDS AFTER ONLY HAVING 300 YARDS AND 19 POINTS?

With senior Kenny Pickett still questionable for the game on Saturday, it’s really hard to tell how the offense will respond. At this point, I expect to see Joey Yellen get the start against Notre Dame.

I believe the offense will still struggle due to the fact that Mark Whipple is still the offensive coordinator and there are clear issues with him and his scheme. Pitt is where it is because of a non-existent run game, which I do not see being fixed in the near future.

What does Pitt need to do in order to win this game?

It needs to continue to play strong defense. It must try to establish a little bit of the run game, limit penalties and drops. The Panthers could also use solid play from the offensive line.

For some reason, Pitt tends to play Notre Dame very well. After Notre Dame struggled mightily against a 1-4 Louisville team, I truly believe the Panthers have a good chance to win because of their defense. The offense just needs to limit the mistakes and they need to pass more if the run game is stagnant again.

Pitt should pass more vertically and get guys like Addison, Shocky Jacques-Louis and Jared Wayne involved at receiver and Daniel Moraga involved at tight end. The Panthers also need to start Todd Sibley at running back and need to mix in Izzy Abanikanda as well. If they can do that, I believe they can win.

If they drop passes, and pile up penalties, they will lose. Pitt has almost won the last two times they have played and I am going to take the Panthers with the upset in this game. My score prediction: Pitt 23, Notre Dame 20.