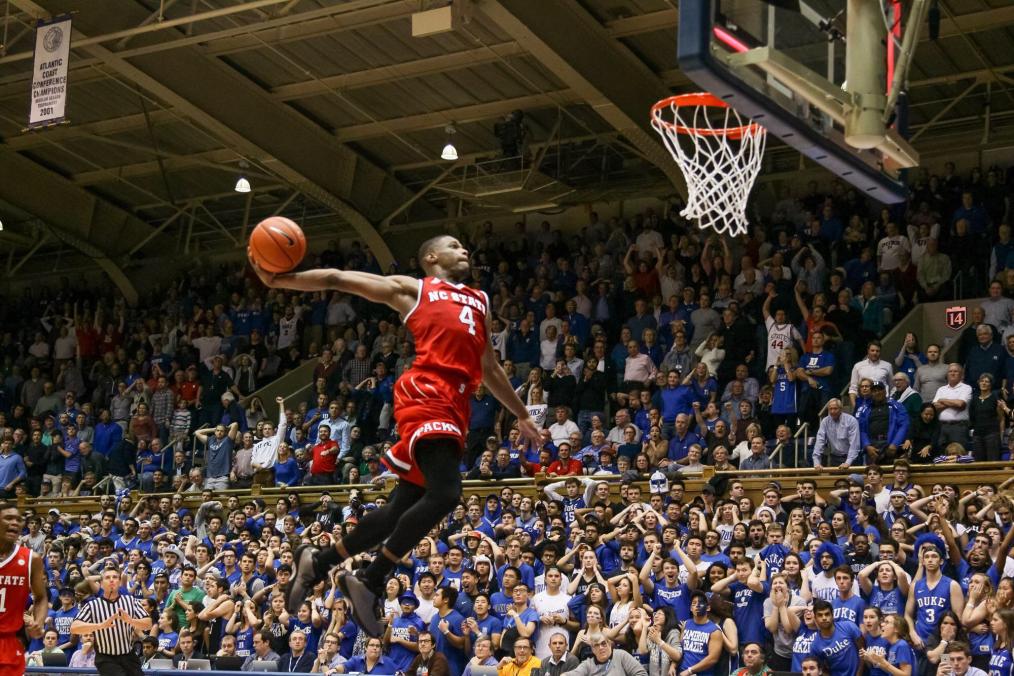 Dennis Smith Jr., Guard
Smith arrived in Raleigh with as much hype as anyone in recent memory. He electrified Wolfpack basketball fans with epic slam dunks. Smith was selected as the 2017 ACC Rookie of the Year, and to the ACC’s All-Freshman and second teams. He averaged 18.1 points, 6.2 assists, and 1.9 steals in his only season in Raleigh. He joins Julius Hodge as one of only two NC State players to record a triple-double.

Trevor Lacey, Guard
Lacey transferred from the University of Alabama to NC State in 2013. After sitting out a year, he averaged 15.7 points, 4.6 rebounds, and 3.5 assists in a year where the Wolfpack reached the NCAA Tournament’s Sweet 16. Who can forget his first-half buzzer-beater after being set up by Beejay Anya’s rejection under the rim in the Pack’s victory over top-seeded Villanova in the NCAA Tournament?

Scott Wood, Forward
Wood was a four-year starter for the Pack and one of the ACC’s best shooters throughout his collegiate career. He led the ACC in both free throw shooting and three-point shooting his junior and senior years. During the 2011-12 season, he broke former Duke guard JJ Redick’s ACC record with 66 consecutive made free throws. He also passed Wolfpack legend Rodney Monroe for the school record, 334 made three-pointers. At the end of his Wolfpack career, he sat 15th on the school’s all-time scoring list with 1,468 points.

TJ Warren, Forward
During Warren’s freshman year, he was named to the ACC All-Freshman team. He also led the ACC in shooting percentage that year at 62.2 percent. His father, Tony Warren Sr., who played for Norm Sloan’s Wolfpack basketball team from 1977-79, convinced him that staying for his sophomore year would improve his NBA Draft stock. The 2014 ACC Player of the Year was also in serious consideration for the 38th Annual Wooden Award, handed out to college basketball’s best player.

Richard Howell, Forward
Howell played the game with an intensity rarely seen in college basketball. He made a living in the post outworking his opponents. When you refer to a player as a “high motor” guy, Richard Howell should be the standard in which you measure. He finished fifth in the ACC in offensive rebounds his sophomore year, only to finish third in the ACC in rebounding his junior season. As a senior, he was named to the All-ACC first team. For his career, he nearly averaged a double-double, with eight rebounds and 9.2 points per game. 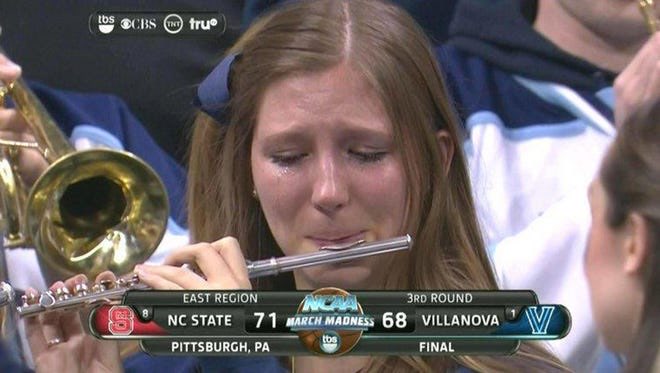 Captured on the Turner Sports broadcast was a member of the Villanova band crying while playing the piccolo. The Wolfpack had just upset No. 1 seed Villanova in the second round of the 2015 NCAA Tournament to advance to the Sweet 16. It served as NC State’s first Sweet 16 trip since 2012.