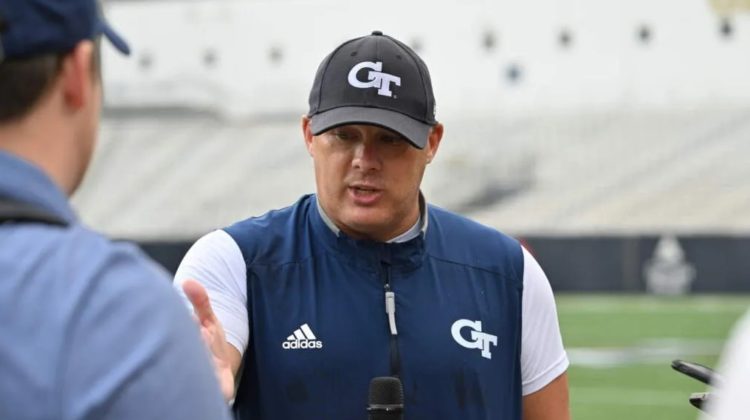 After four seasons, Geoff Collins is out at Georgia Tech.

Collins finished with a 10-28 record as the leader for the Yellow Jackets and failed to win more than three games in any season. Now, Georgia Tech will be looking to right the ship.

State of the Program

“Right idea, wrong execution” is a good way to describe the Geoff Collins era at Georgia Tech. When he was hired, he sold recruits and fans on this brand new culture change and identity around Georgia Tech football. However, the inability to win games kept adding up and was the ultimate demise of the Collins era.

Still, there is reason to believe that Georgia Tech can get this turned around with the right coach at the helm. Georgia Tech is right in the middle of Atlanta, which has it firmly cemented in one of the nation’s most fertile recruiting grounds.

Also, there is a window for success in the ACC. Georgia Tech might not be the program it used to be, but it has the chance to become competitive again with the right hire.

Chadwell is a name that has been thrown around a couple of times over the last few years. He was considered a candidate for some big openings in recent years like South Carolina and Tennessee, and for good reason. He has built an exciting brand of football at Coastal Carolina and is a revolutionary offensive mind who could bring some excitement to Atlanta.

The only downside of Chadwell is his lack of coaching experience at the Power 5 level. In fact, he has never coached higher than the level he is at now. A jump to head coach at Georgia Tech would be a big one for him.

Regardless, he is an experienced head coach who will get an opportunity at some point. Georgia Tech could be that opportunity.

McGee has multiple years of head coaching experience at the high school level, but it could be time for him to enter into the head coaching ranks at the collegiate level. He has spent the last several seasons on staff with Georgia head coach Kirby Smart and has solidified himself as arguably the best running backs coach in all of college football.

He is also a great recruiter. McGee’s eye for talent speaks for itself.

On top of his hefty experience in Athens, McGee has also served on staff at Georgia Southern, and Auburn. Georgia Tech needs to make a good hire and hiring someone from the Smart coaching tree with a national title under his belt would be a home run.

If the Auburn job opens, watch for McGee to potentially be involved there as well.

Alex Atkins was listed as one of our rising head coaches last month, and this will be the first of many job openings he is mentioned in.

The Florida State offense looks dramatically better this year with Atkins as offensive coordinator. Atkins has multiple years of experience in the ACC and in the Southeast. He also spent two seasons as the offensive line coach at Georgia Southern.

By all accounts, Atkins is a good recruiter and has the personality to run a program. Taking over a struggling Georgia Tech might be a daunting task for Atkins, but it could be rewarding for the Yellow Jackets.

Let’s get this one out of the way. Deion Sanders may not have any desire to leave Jackson State. Sanders is building something truly unique there, and wouldn’t up and leave for just any job.

However, if he were to leave Jackson State, his ties to Atlanta would certainly be the reason for it. Don’t hold your breath, but this hire would send shockwaves throughout college football.

Coach Leipold had never coached in the Southeast, but is a proven winner and has plenty of experience. For the current state of Georgia Tech football, that could be just what it needs.

In his second year at Kansas, it looks as though he is leading the Jayhawks to their best season in years. In his career, he has an impressive 153-49 record as head coach.

This is a long shot, because Leipold seems happy where he is. Regardless, this would be an impressive hire for Georgia Tech and could bring instant success.

Other Names to Watch

Monken has been auditioning for a head coaching job for more than a year now. He has NFL and national title experience under his belt, so he will be talked about regarding plenty of major openings this coaching carousel cycle.

At 39, Huff is a young up-and-upcoming coach. His stock is on the rise after Marshall secured a big win over Notre Dame. Not to mention, Huff is yet another coach to come from the Nick Saban coaching tree.

Many were surprised when Herman was fired at Texas. In fact, he was 32-18 with a 4-0 record in bowl games. He is currently on staff with the NFL’s Chicago Bears and could be awaiting another head coach opportunity.

Gattis was the best coordinator in football last season and is thought to be a future head coach. He is yet again another coach to come from the Saban coaching tree. Miami is struggling this season, so Gattis may want to jump on a head coaching opportunity before his stock starts to fall.