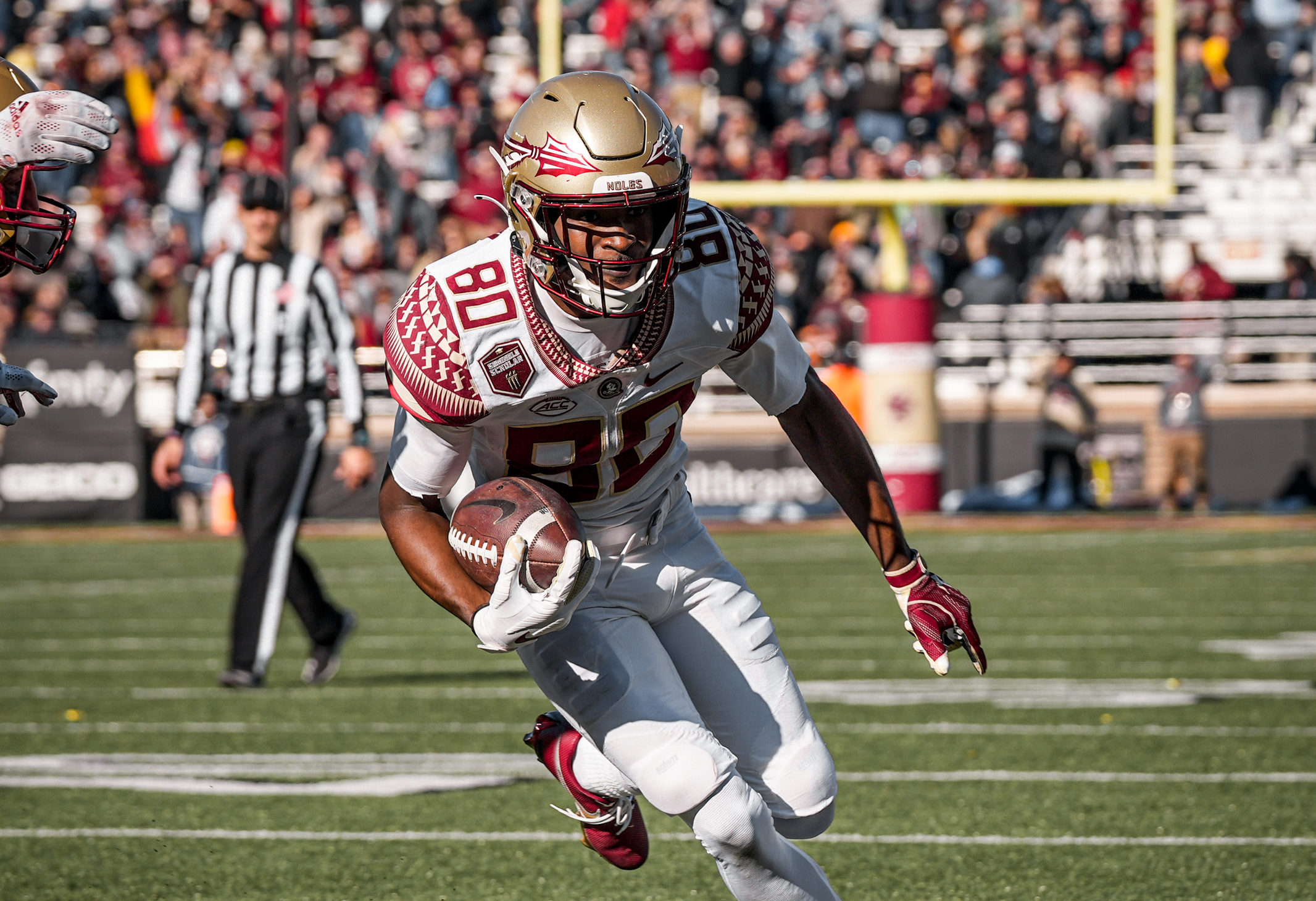 Florida State’s coaching staff was unfortunately unable to secure a wide receiver prospect during the 2022 recruiting cycle after missing on three of its top targets: Five-star athlete Travis Hunter (flipped to Jackson State and was thought to be utilized in some capacity at receiver), five-star Kevin Coleman (Jackson State) and four-star Devaughn Mortimer (flipped to Louisville).

Where Does the Roster Stand?

Currently, Florida State has 12 scholarship wide receivers on its roster:

How Does FSU Recruit the Position?

Redshirt seniors Ontaria Wilson and Keyshawn Helton will exceed their eligibility after this upcoming season. There is also a possibility that redshirt juniors Winston Wright Jr., if healthy, and/or Mycah Pittman could take their games to the next level and depart as well.

The Sooners extended an offer to the talented playmaker on June 2. He ultimately decided to commit on June 5.

With Brown seemingly out of the picture for the Seminoles, the coaching staff will be focusing on other targets. Here are some prospects to monitor going forward (according to 247Sports Composite rankings):

It is believed that five-star Jalen Brown and four-star Hykeem Williams are the top priorities at the position for the FSU coaching staff. Given its circumstances, Florida State cannot afford to miss out on acquiring talent at the position.

Will position coach Ron Dugans and Co. be able to sign quality receivers this cycle? Time will tell.