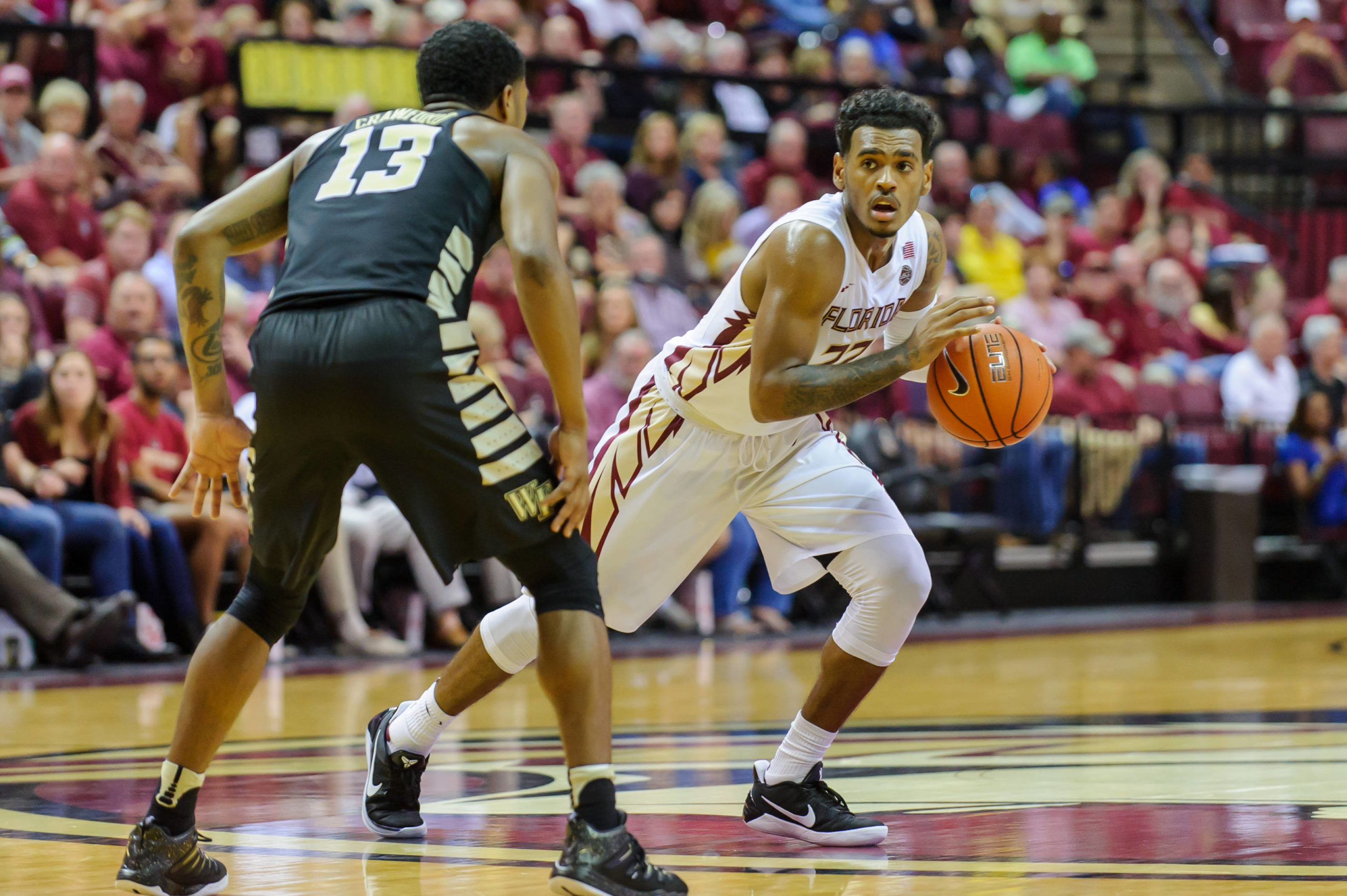 Throughout Florida State basketball history, fewer than 50 players have scored 1,000 career points for the Seminoles. Two of them however, happen to be father and son.

Tharon Mayes and Xavier Rathan-Mayes are the only duo in ACC history to each record 1,000 points. Rathan-Mayes joined his father there on this day five years ago as FSU pulled away from Wake Forest, 88-72.

Florida State was 12-1 and ranked No. 20 as it arrived at the Donald L. Tucker Center on Dec. 28, 2016. The Seminoles had won eight straight games coming into what would be its ACC opener.

Wake Forest was 9-3 as it arrived for what would be its ACC opener as well. For most of the day, the Demon Deacons gave the Seminoles all they wanted.

It didn’t take long for Rathan-Mayes to make history. The game was a little more than five minutes old when he joined his father in FSU’s 1,000-point club.

After hitting a 3-pointer earlier in the game, Rathan-Mayes made history with a layup just before the first TV timeout. Tharon Mayes had scored 1,260 points for FSU between 1986 and 1990 and his son had eclipsed the 1,000-point mark as a redshirt junior.

Rathan-Mayes was just getting started as he finished with 23 points on 7-for-10 shooting. Dwayne Bacon also scored 23 points for the Seminoles. The contest however, was close for most of the day.

Wake Forest led 40-39 at halftime and by five with less than nine minutes to play. FSU however, answered with a 17-0 run to turn a nail-biter into a convincing win. Bacon scored seven points during the run and Rathan-Mayes added five. Following the run, the Demon Deacons never got closer than eight.

In addition to big days from Bacon and Rathan-Mayes, CJ Walker added 13 points off the bench. Jonathan Isaac finished with 12 points and a team-high nine rebounds. FSU shot 51% from the field. Bryant Crawford and Keyshawn Woods each scored 16 points for the Demon Deacons in the loss.

Under third-year head coach Danny Manning, Wake Forest would go on to finish 19-14 and make the NCAA Tournament for the first time in seven years. The Demon Deacons fell in the First Four to Kansas State.

FSU would have a splendid season, finishing 26-9 and second in the ACC. The Seminoles fell to Xavier in the second round of the NCAA Tournament.

FSU however, would finish undefeated at home for the first time in 41 years. In its first ACC home win, history was made. It happened on this day five years ago.