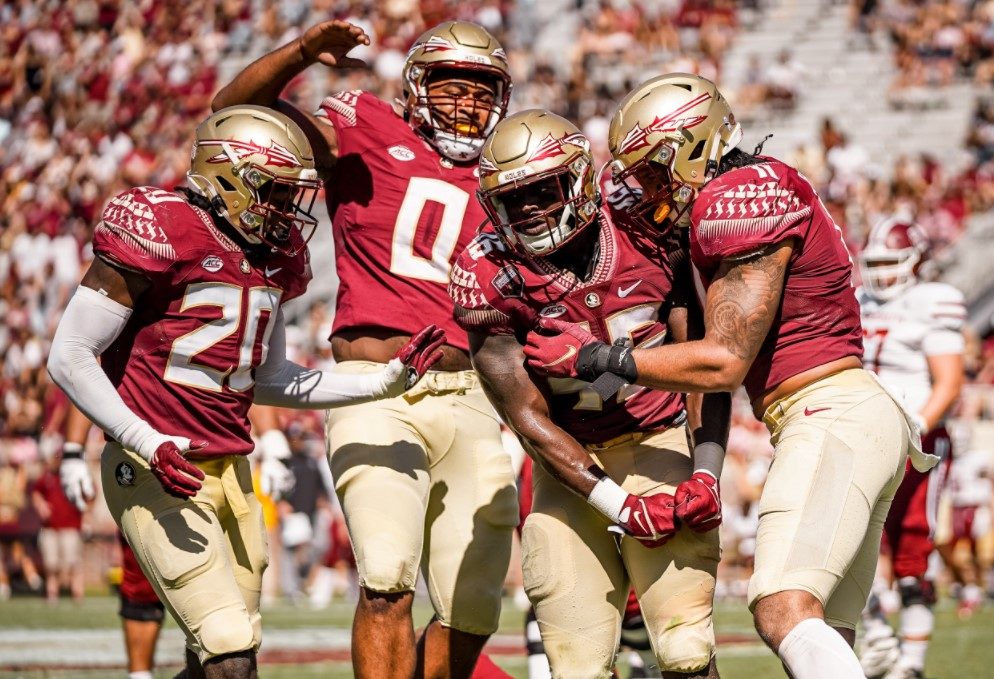 Early Signing Day has come to an end. It was a rollercoaster of a day for Florida State fans, but the Seminoles closed with the 13th-ranked class in the country, according to the 247Sports Composite rankings.

After finishing with a 5-7 record, everyone could see Florida State needed the “Jimmies and Joes”.

The Seminoles only signed one quarterback, but they only really needed one. Quarterback A.J. Duffy maintained his commitment and signed with FSU. He is the best quarterback recruit to come to Florida State since Deondre Francois in 2014. FSU still needs one serviceable quarterback from the transfer portal to push and back up Jordan Travis.

Florida State fielded one of the worst receiving groups in the ACC in 2021. The staff knew it was a position of desperate need. Unfortunately, FSU lost its lone commit when Devaughn Mortimer flipped to Louisville. Wide receivers coach Ron Dugans needs to hit the transfer portal hard or his time at FSU might be coming to a close.

FSU is losing its most productive rusher as Jashaun Corbin declared for the NFL Draft. However, the ‘Noles still have a good running back room and there’s plenty of studs in the transfer portal. Athlete Rodney Hill is the lone commit thus far, but he is not expected to contribute early.

The ‘Noles quietly signed one of, if not the best offensive line class in school history. Newly-appointed offensive coordinator Alex Atkins continues to earn every cent and more of his paycheck. FSU signed six offensive linemen — five of which land in its top 45 rated commits at the position since 2000.

FSU has a full tight end room but needs elite, blue-chip players. Unfortunately, only two three-stars were signed at the position. Brian Courtney, in particular, has a lot of upside. His recruitment has been praised as a good evaluation for a hidden gem.

FSU is benefitting from the return of veteran Robert Cooper next year, but it is still in desperate need of blue-chip defensive tackles. Defensive line coach Odell Haggins only managed to land two bodies, but they are raw prospects who need lots of development before producing at the college level.

The Seminoles’ most productive players at the defensive end position are both off to the draft. Florida State lost out on legacy recruit Marvin Jones, Jr. but signed two commits at the position. Both are considered long-term prospects, but it is expected that this year’s production is going to be replaced via the transfer portal.

Luckily, every one of FSU’s starting linebackers are returning next season, but it is a position that is devoid of depth. With former linebackers coach Chris Marve off to run Virginia Tech’s defense, three-star development prospect Omar Graham, Jr. was the lone signee.

The college football world will be chattering about No. 1 prospect Travis Hunter’s last-minute flip to Jackson State for ages. However, the ‘Noles signed a couple of solid commits at a position that largely failed to produce in 2021. Five-star Sam McCall signed with the ‘Noles, as well as blue-chipper Azarayeh Thomas.