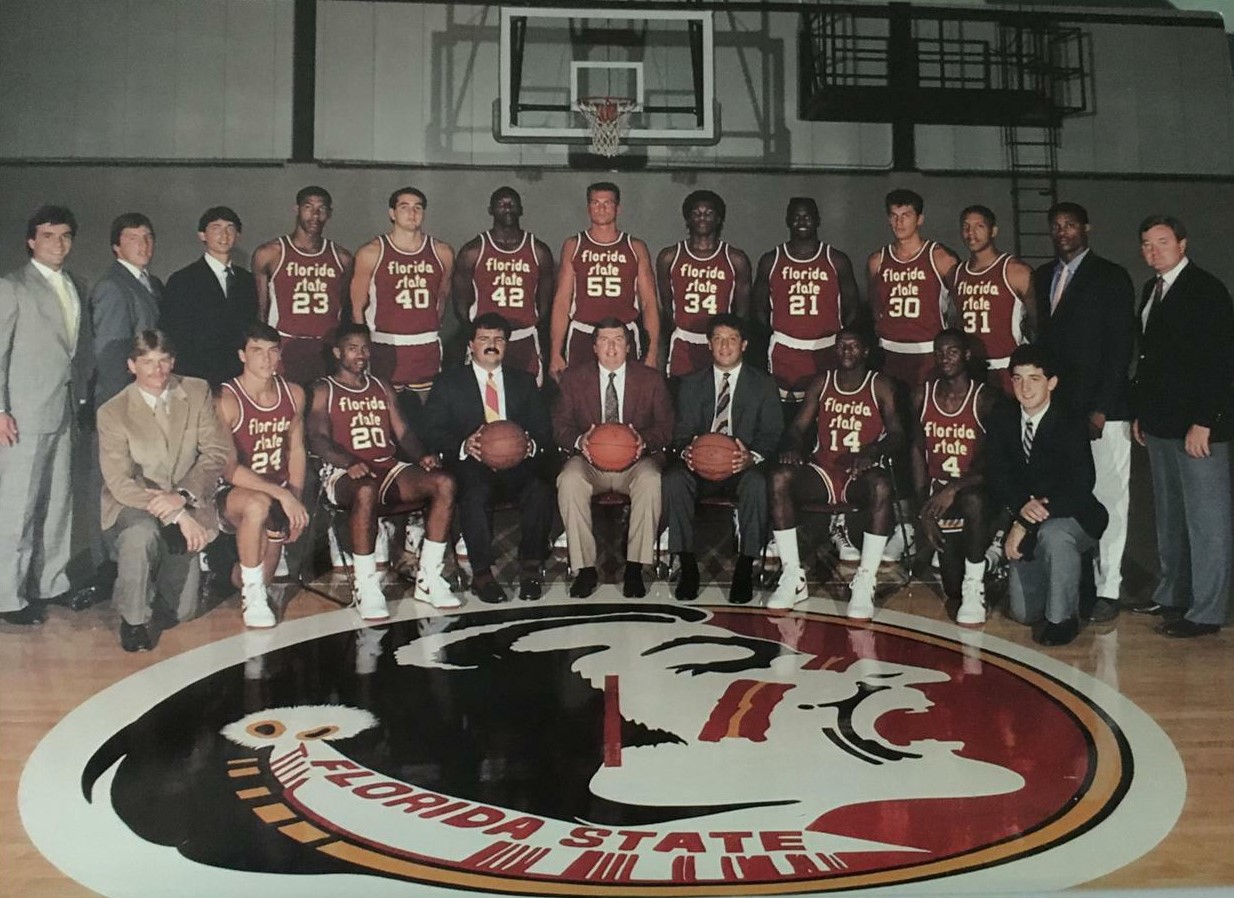 During his tenure as Florida State head coach, Pat Kennedy presided over some pretty memorable moments.

The first week of his tenure was quite the prosperous one. Over his first three games, Kennedy led the Seminoles to three wins.

His first victory over a ranked opponent came on this day 35 years ago. Center Raleigh Choice played the role of hero as his 5-footer with two seconds left lifted FSU to a thrilling 72-71 win over No. 8 Alabama.

The Seminoles were off to a 2-0 start as they arrived at the Leon County Civic Center on Dec. 6, 1986. FSU had knocked off Florida and USC-Spartanburg to open the season and was looking for its biggest win yet.

Ranked eighth, Alabama had reached the Sweet 16 the year prior under Wimp Sanderson. The Crimson Tide were also 2-0 and had a roster that included Derrick McKey, Jim Farmer, Michael Ansley and Keith Askins.

Choice Wins It for the ‘Noles

Early on, the contest went back and forth, but FSU seized control late in the first half and early in the second. Over a stretch that spanned about 15 minutes, FSU outscored Alabama 35-20 to take a 62-48 lead.

The Crimson Tide however, refused to roll over. Alabama answered with 10 straight points and used a 19-4 run to take the lead with just over two minutes to play. From there, the lead changed hands five times.

After Alabama’s Craig Dudley and FSU’s Jerome Fitchett traded pairs of free throws, McKey followed a miss to give Alabama a 69-68 lead. With more than a minute and half remaining, Pee Wee Barber’s driving layup put the Seminoles back in front.

Barber however, would commit a critical foul with 12 seconds left. Farmer knocked down a pair of free throws to put Alabama back in front, 71-70.

That set the stage for Choice.

After a timeout, Kennedy made the decision to put Choice in the game. To that point, Choice was just 2-for-6 with four points, but made the most of his opportunity.

Out of the timeout, Choice took the pass from Barber and calmly knocked down the short jumper with just two seconds remaining. That would be the game’s final points as FSU left with an upset victory.

Barber and LaRae Davis each scored 20 points to lead FSU in the victory. Fitchett added 12 points and a team-high nine rebounds for FSU. Farmer led all scorers with 26 points. McKey and Ansley each added 14 in the loss.

Alabama would bounce back from the loss by winning 13 of the next 14. The Crimson Tide would go on to win the SEC and reach the Sweet 16 before falling to Providence.

FSU would go on to finish 19-11 with a loss to Vanderbilt in the second round of the NIT. The win over Alabama however, served as a sign of hope for the Seminoles moving forward and Kennedy’s first win over a ranked team. It came on this day 35 years ago.

NoleFan.org
Associated Press via The Ledger