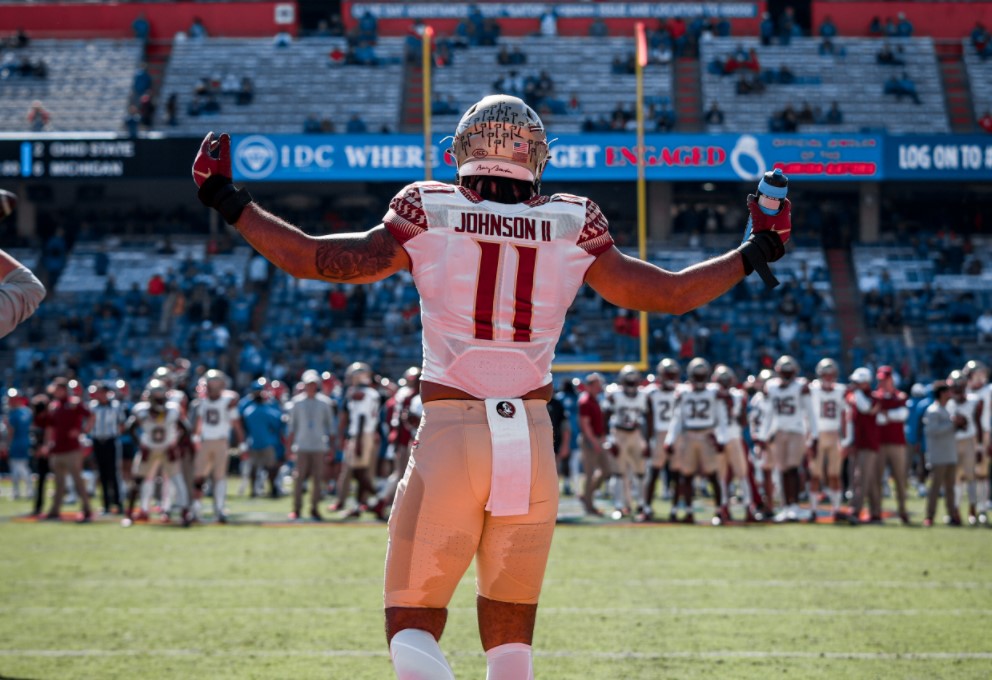 Florida State’s defense steadily improved as the year went on.

Through the first six games of the season, the Seminoles allowed an average of 32.5 points per game. In the tougher back half of the schedule, FSU’s defense allowed just 22.7.

Although FSU’s 5-7 record isn’t indicative of a successful year, improvement during the season is always a good thing.

To wrap up a 2-part series, we take a look at Pro Football Focus’ top five performers on defense who contributed to the second-half improvements. PFF enacts a 15-snap minimum per-game for grades, so this list excludes players with less than 180 snaps.

Jarvis Brownlee, Jr. has quickly developed into one of FSU’s most dependable corners. He holds the highest run defense grade on FSU’s roster (91.4) and has showcased his ability to trigger downhill and hit hard.

Brownlee has 51 tackles this season along with two interceptions, a forced fumble, and one defensive touchdown. On his 459 coverage snaps, he has only been targeted 53 times. 23 of those targets resulted in receptions.

Robert “Trench Monster” Cooper did a good job eating up blocks this year, but also was able to get pressure on opposing quarterbacks. Cooper’s best grade is his run defense ability (77.8).

The redshirt junior tallied 25 tackles with three sacks and 19 quarterback hurries. Cooper is rumored to be looking to go pro, but it’s very possible he returns in 2022 to improve his draft stock.

True freshman cornerback Omarion Cooper took a few games to contribute at the college football level, but he has quickly become Florida State’s best corner. He didn’t even earn any snaps until Week 4 against Louisville, and first saw major action five weeks later against Clemson. Cooper has been a major contributor over the second half of the season.

Cooper has the highest coverage grade of any corner on the team at 72.4. In his 149 snaps lined up in coverage, he allowed just five catches on 16 targets. He held opposing quarterbacks to an NFL passer rating of just 44.3 when he was targeted. Cooper tallied 16 tackles and nabbed two interceptions for the year.

South Carolina transfer Jammie Robinson has had a stellar year for FSU. He is Florida State’s highest-graded defensive back and has the highest pass-coverage (76.8) and tackling (89.9) grades on the team.

Robinson leads the ACC with four interceptions and has earned himself first-team All-ACC honors. He also leads the team with 85 total tackles. He has two forced fumbles on the year as well. The talented safety is surely getting consideration from NFL coordinators, so this might be the only year FSU fans see him in garnet and gold.

It should come as no surprise to see Georgia transfer Jermaine Johnson II at the top of this list. Pro Football Focus previously named Johnson the ACC Defensive player of the Year. On Wednesday, the conference followed suit.

The redshirt senior has dominated just about every offensive line he faced, almost singlehandedly ending drives at times.

Johnson has been credited by PFF with 37 tackles, 14 sacks, 28 quarterback hurries, and two forced fumbles. The last time an FSU player had that many sacks was in 2016, when now-Houston Texans defensive end DeMarcus Walker totaled 16 sacks in his final season at FSU.