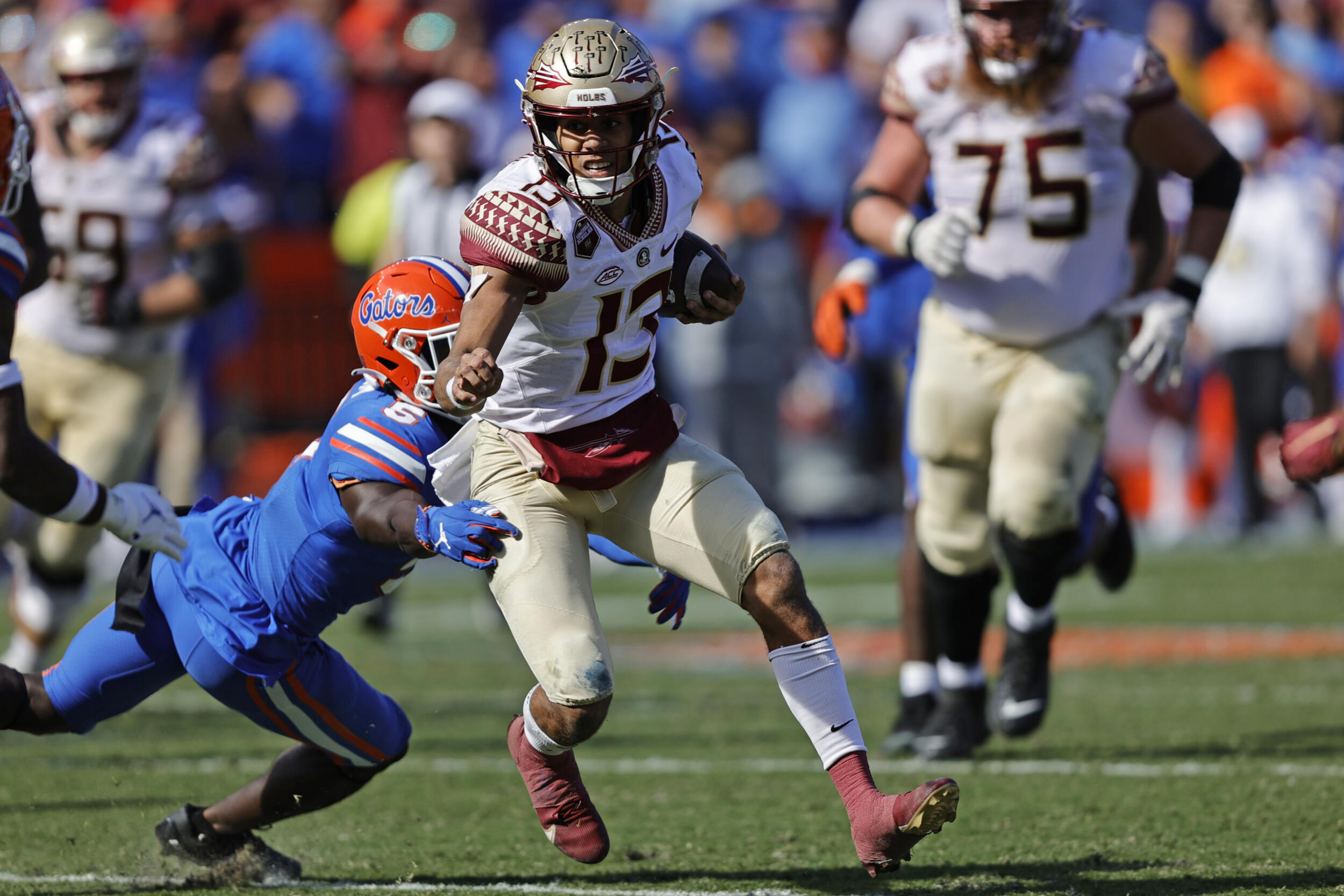 A bowl game was not in the cards for Florida State this season. After battling back from an 0-4 start, the Seminoles needed to beat rival Florida on Saturday in Gainesville to qualify for a bowl.

The Seminoles will finish with a 5-7 record — their fourth straight losing campaign. There was however, some solid individual performances on Saturday. Handing out game balls for the final time are editor Mike Ferguson and Fifth Quarter lead FSU writer, Jake Bunting.

Unanimous Game Ball: Jordan Travis, QB
Despite missing two series with an arm injury, quarterback Jordan Travis gave another gutsy effort. Travis finished 18-for-29 passing for 202 yards, one touchdown pass and one interception. On the ground, Travis was the game’s leading rusher, tallying 102 yards and a touchdown.

Mike’s Game Ball: Ja’Khi Douglas, WR
One week after the best receiving game of his career, Ja’Khi Douglas was a force on special teams. Early on, he made a very nice tackle on a long punt by Alex Mastromanno.

Jake’s Game Ball: Alex Mastromanno, P
Punter Alex Mastromanno had a bad shank early on, but bounced back to average better than 39 yards per punt. That included a long of 62 yards. Two of his six punts were downed inside the Florida 20-yard-line.