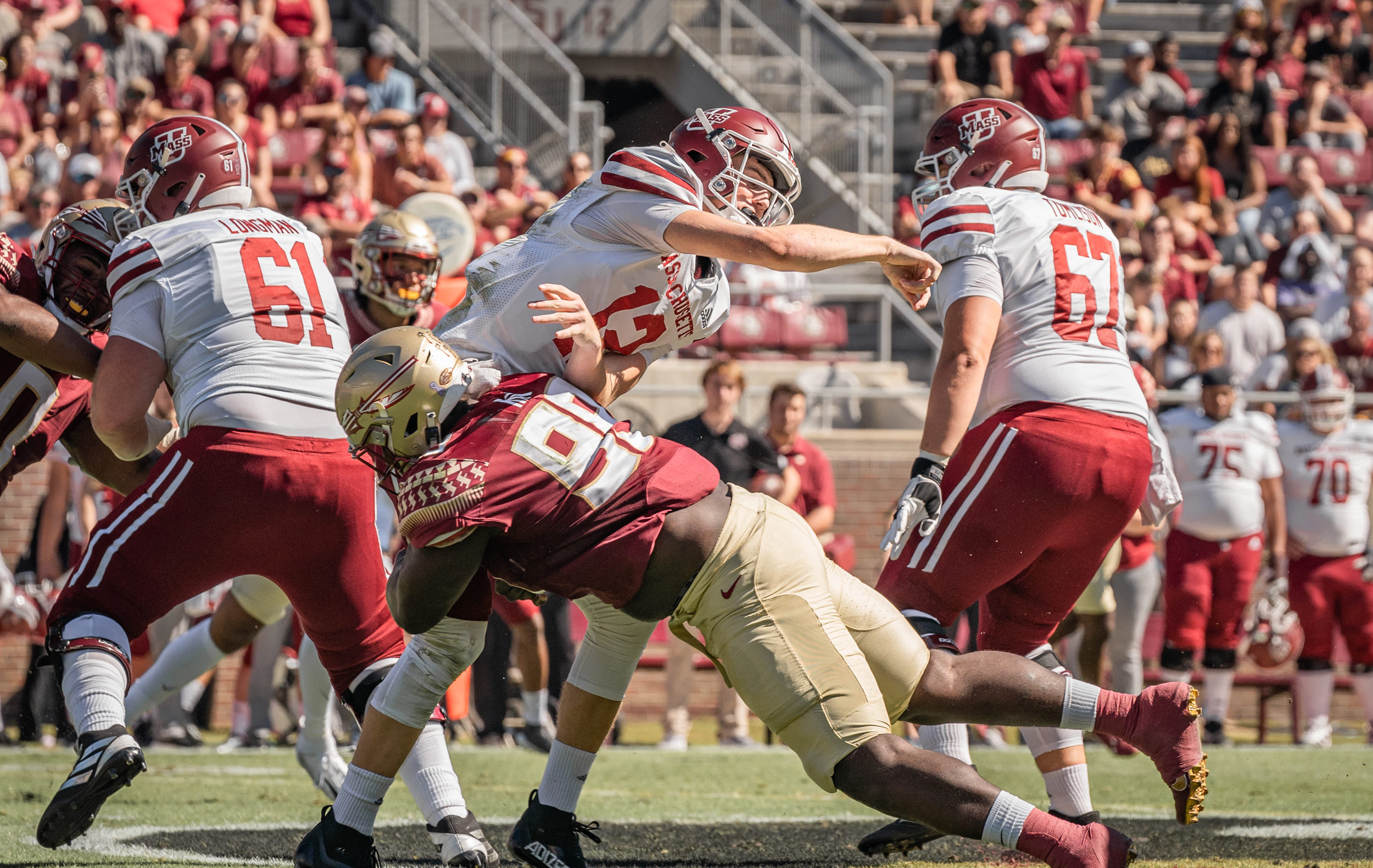 Florida State’s 59 points was its most points scored against an FBS opponent since the ‘Noles beat Texas State 59-16 to open 2015.

This victory also makes Florida State the first team in ACC history to start 0-4 then win its next three games.

With a tough second half of the season looming, getting to a bowl is still a tough task. Even such, this victory gets FSU that much closer.

There was no shortage of fireworks against the Minutemen in this matchup.

Especially notable was the amount of big plays the ‘Noles ripped off. The Seminole offense produced six passing plays and 15 rushing plays that resulted in a gain of 10 or more yards.

The ‘Noles ran for a season-high 365 yards against the Minutemen. FSU is continuing to prove its identity as a run-first team, as this was the sixth time the Seminoles have rushed for at least 200 yards.

The Florida State defense should not be without its own praise, however. The Minutemen were only able to amass three points for the day. Their lone score came after returner Travis Jay fumbled the kickoff to begin the game.

After the first drive, Massachusetts did not score again. In fact, it only entered the red zone twice for the rest of the game.

Florida State has rarely found itself in position to build a big lead and dig deep into the bench over the past few years. However, as the ‘Noles had a comfortable 38-3 lead entering halftime, some of the weary starters were able to rest.

Both FSU’s offense and defense were able to comfortably rotate second- and third-string players in the second half. The Seminoles have a road date looming against rival Clemson, so resting the starters was key.

Even though FSU was deep in the depth chart in the second half, there was certainly no lack of production.

Reviewing film from this matchup should give the coaches a much better look at who might be ready to break into the lineup sooner rather than later.