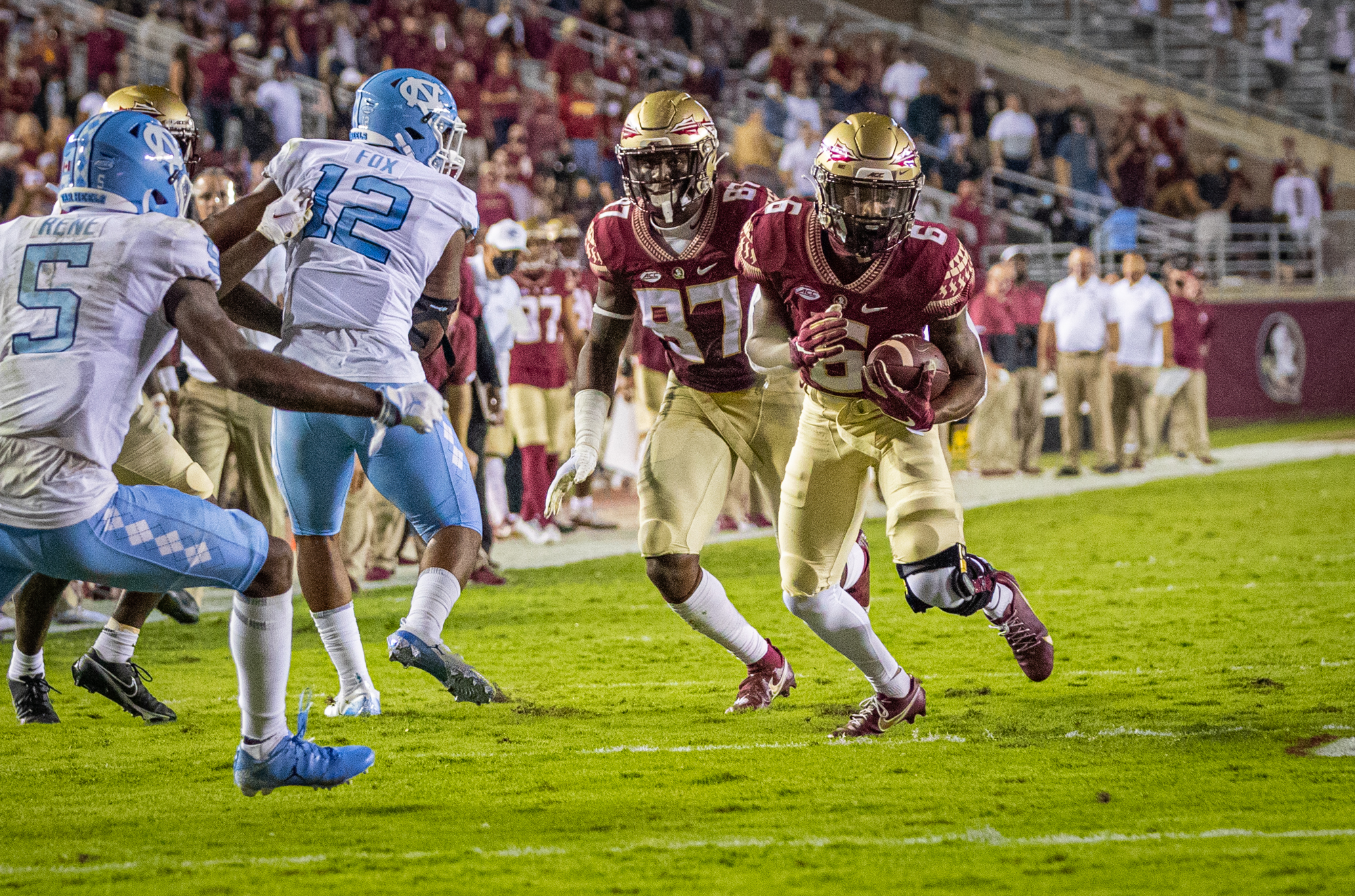 October is indeed off to a rousing start. Florida State finally cleared the zero in the win column, but will it be able to – perhaps – have a winning streak?

FSU did pull the upset a year ago at Doak Campbell Stadium – a 31-28 thriller over No. 5 North Carolina. Turnovers and coaching mistakes cost North Carolina the game, but the Tar Heels won’t overlook FSU this year.

The Jordan Travis train got back on track last week. Sure, there were times where it got off-track – like a poorly-blocked screen play that turned into a interception. But at this point, the choices under center aren’t great either way.

Fortunately, UNC’s defense hasn’t been great, coming in at 62nd in defensive SP+. Linebacker Jeremiah Gemmel leads the team in tackles while defensive lineman Myles Murphy leads the Heels in sacks. On the back end, Ja’Qurious Conley has nabbed two picks and added nearly as many tackles as Gemmel.

But how long can FSU live on smoke and mirrors in this game? The answer to that question wins or loses the game for the Seminoles.

Against Syracuse, FSU was able to run its way to victory and trick its way to victory. There’s a whole lot of that on film now – it’s about all FSU can run – and so you can expect North Carolina to be ready. How will head coach Mike Norvell and offensive coordinator Kenny Dillingham counterpunch?

Just when you thought you’d seen enough rushing quarterbacks, here comes Sam Howell. He may not be as quick or fast as Syracuse’s Garrett Shrader, but he’s got the arm and more. The question will be UNC’s offensive line. Will it put together a combo that will mesh, or will it continue to have issues with continuity?

Running the ball, Ty Chandler has been the Heels’ feature back, gaining almost six yards per carry and four touchdowns. Look for UNC to test FSU’s front seven with Chandler and Howell early to see how it’ll hold up. One might think that going to a contain defense might help combat this.

But then, you’ve got FSU’s secondary to contend with. Howell’s connection with Josh Downs has carried North Carolina’s offense. The sophomore has 620 receiving yards so far in five games — about three times more than the next receiver.

He’s caught over 40% of UNC’s passes this year. The Seminole secondary was good last week on a down-to-down basis, but it suffered from serious lapses in concentration and lack of communication that led to blown coverages. We very well may see more of the same on Saturday.

Cory: UNC, 41-20. FSU shows up, but there’s too much Tar Heel – and they’re focused this year. The Seminole faithful should be proud of the effort made, and look forward to next year.

Mike: UNC, 41-24. It seemed as though the FSU defense had turned a corner in the second half against Louisville, but regressed again from the second quarter on against Syracuse. North Carolina has been inconsistent, but Sam Howell will still find a way to have a field day. For the first time in 11 tries, Tar Heels’ head coach Mack Brown beats his alma mater.

Jake: UNC, 34-17. The same old deficiencies that have plagued the ‘Noles all year aren’t going away, and North Carolina isn’t going to hand FSU the game like last year. Howell has his revenge game and the FSU offense won’t be able to keep up.