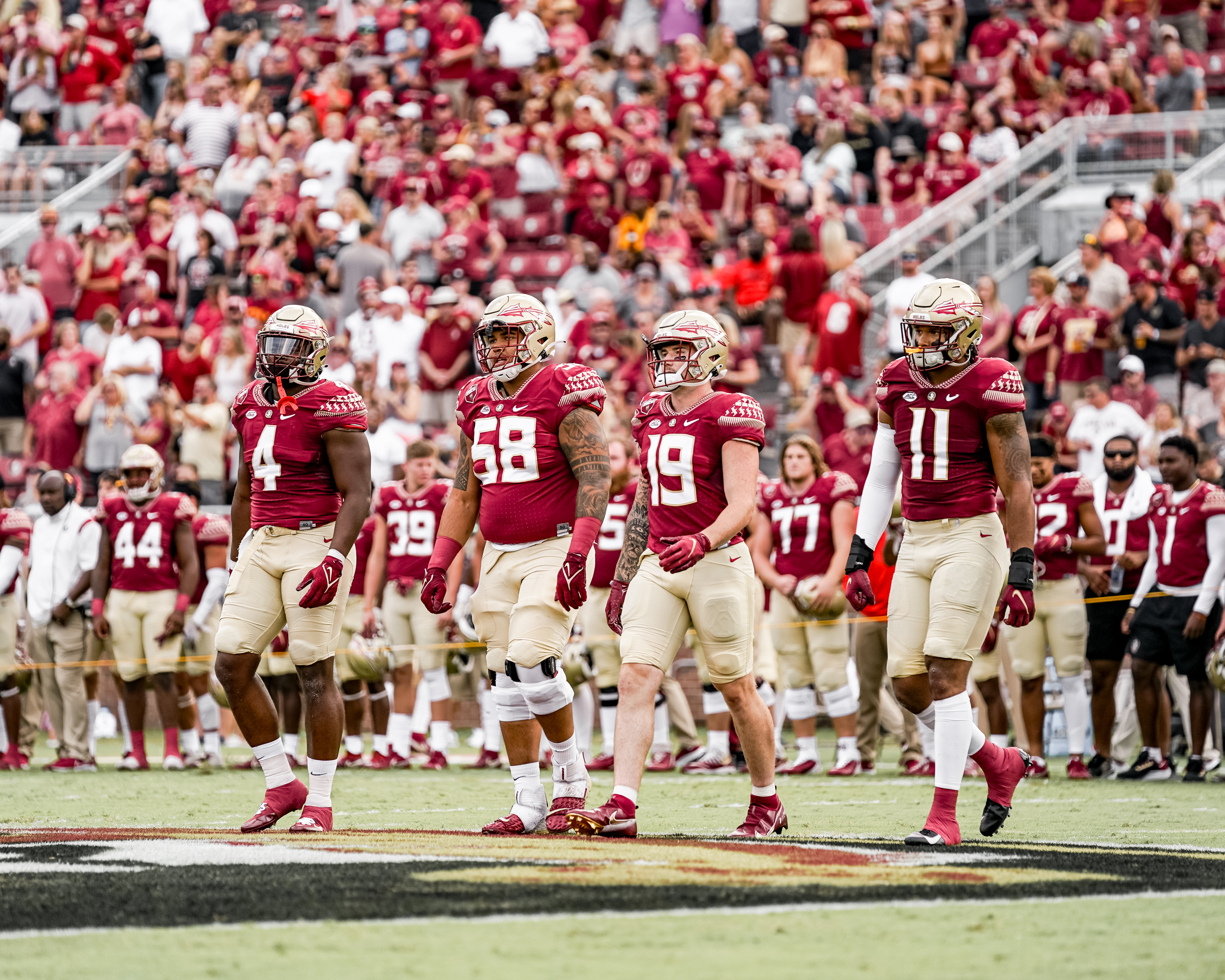 September is finally over, and Florida State hopes to put four weeks’ worth of disappointment in the rearview mirror.

A new month brings new opportunities, and hopefully a few wins to boot. The Seminoles start off the month of October by hosting Syracuse on Saturday.

FSU leads the all-time series, 11-2. The last meeting in 2019 resulted in the Seminoles handling the Orange 35-17 in Tallahassee behind four touchdowns from Cam Akers.

After an already historically bad year, the ‘Noles are attempting to avoid another milestone — the first loss to Syracuse at home in program history.

Florida State’s offense continues to disappoint. When faced with a get-right game against Louisville’s porous defense, the Seminoles mustered only 23 points.

FSU has glaring deficiencies at several key positions on the offensive side.

The offensive line lacks depth and is dealing with multiple injuries to starters. In addition, the FSU receivers have been underperforming. As a result, the quarterbacks have been struggling.

The ‘Noles have had success running the ball, but that is not enough to stop the offense from dropping 10 spots in the rankings. Florida State’s offense enters Week 5 ranked 61st in the country, per ESPN’s SP+ rankings.

Syracuse’s defense is going to give the ‘Noles issues, particularly in the trenches. The Orange defensive line is a clear mismatch against FSU’s banged-up offensive front.

Syracuse has the 43rd-ranked defense in the country, per ESPN’s SP+ rankings. The Seminoles are going to have to play offensively sound and stay ahead of the chains to have a chance in this one.

After being completely exposed for the first half against the Cardinals, the Seminole defense played lights out in the second half.

It seemed like everything came together with good adjustments. Defensive players were triggering fast, tackling violently, and staying to their assignments.

FSU’s defense enters the week without moving in the rankings, remaining at 83rd, per ESPN’s SP+ rankings.

The ‘Noles have a real chance to win this game on the defensive side of the ball, as Syracuse’s offense is not very good.

The Orange have the 85th-ranked offense in the country, mostly due to poor quarterback play. Head coach Dino Babers has attempted to run a two-quarterback system, but as the old saying goes: when you have two quarterbacks, you have zero quarterbacks.

Florida State’s chances of winning depend on which defense shows up this week. Will it be a gap-sound, aggressive defense, or a porous, easily-exposed one?

Cory: Syracuse, 28-27. I said before the Wake Forest game that I’d be picking FSU’s opponents to win every other game besides Massachusetts if it lost. Well, here we are. FSU’s favored – but not so fast. It’ll find a way to lose in the most heartbreaking fashion possible, because that’s just how we do in 2021.

Mike: FSU, 24-20. If Florida State is to win an ACC game this season, this is probably its best chance. Both teams have very good running games and very good rushing defenses, so how that matchup plays out may ultimately decide the game. Believe it or not, FSU does appear to have the advantage at quarterback. The Seminoles are 0-4 for the first time since 1974, but on Saturday, they’ll try to avoid doing something they’ve never done — lose at home to Syracuse.

Jake: Syracuse, 33-20. This one hurts, but I’m going with the Orange. I don’t trust that FSU’s defensive efforts in the second half of the Louisville game will carry over, nor do I like the matchup of FSU’s horrid offense against the Syracuse defense. The ‘Noles continue breaking program records.