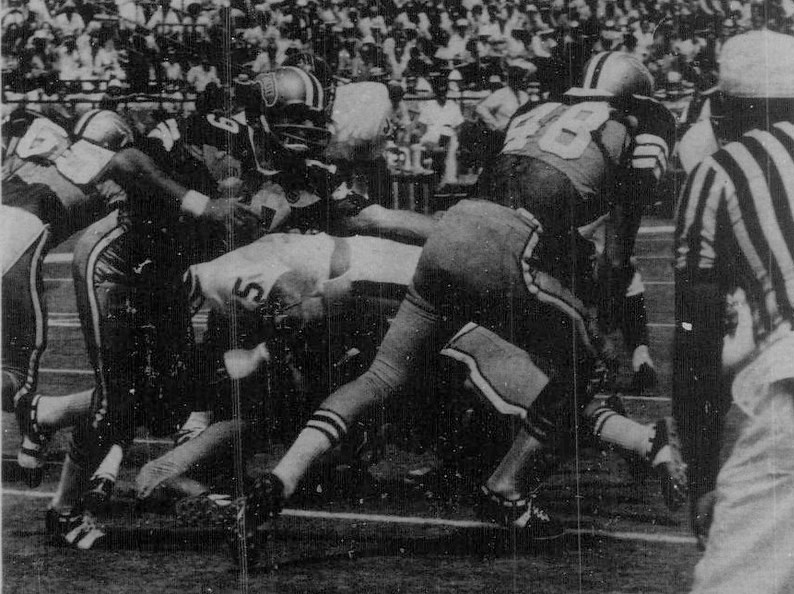 For years, the rivalry between Florida State and Miami has been one of streaks.

Currently, the Hurricanes have won four straight in the series. Prior to that, the Seminoles had won seven straight.

That was even true in the early parts of the rivalry. On this day 50 years ago, FSU rallied from 10 points down in the second half to outlast Miami for its sixth straight win in the series, 20-17.

FSU was in its first season under head coach Larry Jones and was off to a 1-0 start after topping Southern Mississippi. On Sept. 18, 1971, Jones had to take the Seminoles on the road for the first time in his tenure.

FSU had won five straight over the Hurricanes — all on the road. That included a 27-3 victory the year prior, which tied the Seminoles’ largest margin of victory over Miami at the time. Miami was coming off back-to-back losing seasons as it opened the 1971 campaign against FSU.

The contest couldn’t have started much better for FSU as Eddie McMillan returned the opening kickoff 90 yards for a touchdown, but the next 17 points belonged to Miami. It took the Hurricanes less than two and a half minutes to answer as running back Chuck Foreman scored from five yards out.

Foreman’s 7-yard touchdown just seconds into the second quarter gave Miami its first lead, 14-7. Mike Burke’s 38-yard field goal on the final play of the half pushed the lead to 17-7. That would be the final points for Miami.

A short field goal by Frank Fontes pulled FSU to within seven late in the third quarter. After a 3-and-out by Miami, quarterback Gary Huff marched the Seminoles 72 yards before finding Rhett Dawson for the tying touchdown with 12:40 left in the contest.

The next Miami possession reached FSU territory, but a third-down sack forced the Hurricanes to punt. Huff proceeded to lead another long FSU drive that covered 73 yards, but ultimately ended on another short field goal by Fontes.

With less than 4 1/2 minutes remaining, FSU led 20-17. The teams exchanged punts before Miami was down to its final drive. The final drive for the Hurricanes reached the FSU 28-yard-line, but penalties and sacks pushed the Hurricanes back to midfield. On 4th-and-32, quarterback John Hornibrook hit Burgess Owens for 27 yards, but it was short and FSU took over with seven seconds remaining.

Miami finished with 370 yards of offense to 256 for FSU and committed just one turnover to four for the Seminoles, but in the end, it wasn’t enough. Dawson led all receivers with six catches for 86 yards. Miami’s Tom Sullivan rushed for a game-high 128 yards in the loss.

FSU would beat Miami again the next season to run its winning streak to seven. Over four meetings from 1966 to 1971 however, three were decided by three points or less. All went the way of the Seminoles, including the victory that took place on this day a half-century ago.